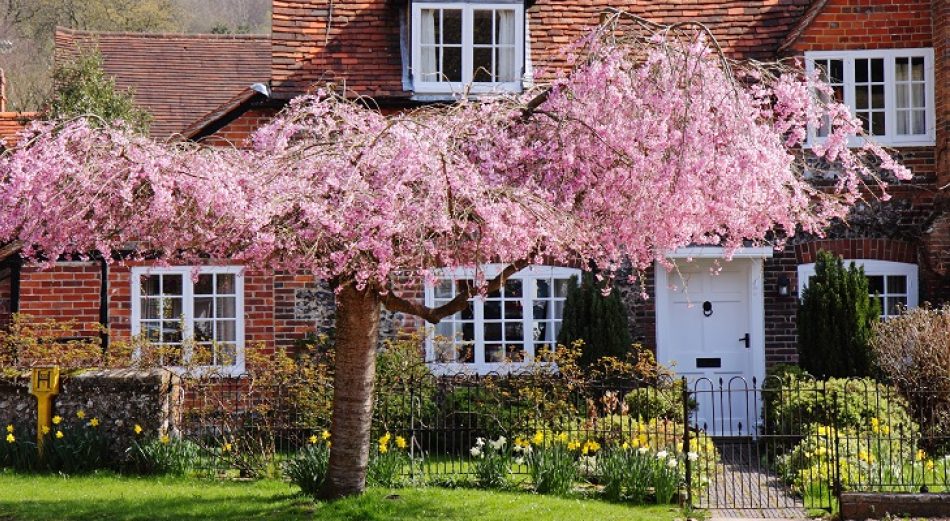 On Sunday 20th March 2022 we will welcome in the first day of Spring, and all across our green and pleasant land, villages will soon be coming to life. But where are the prettiest spring villages? We reveal some of our favourites that truly blossom during the season. 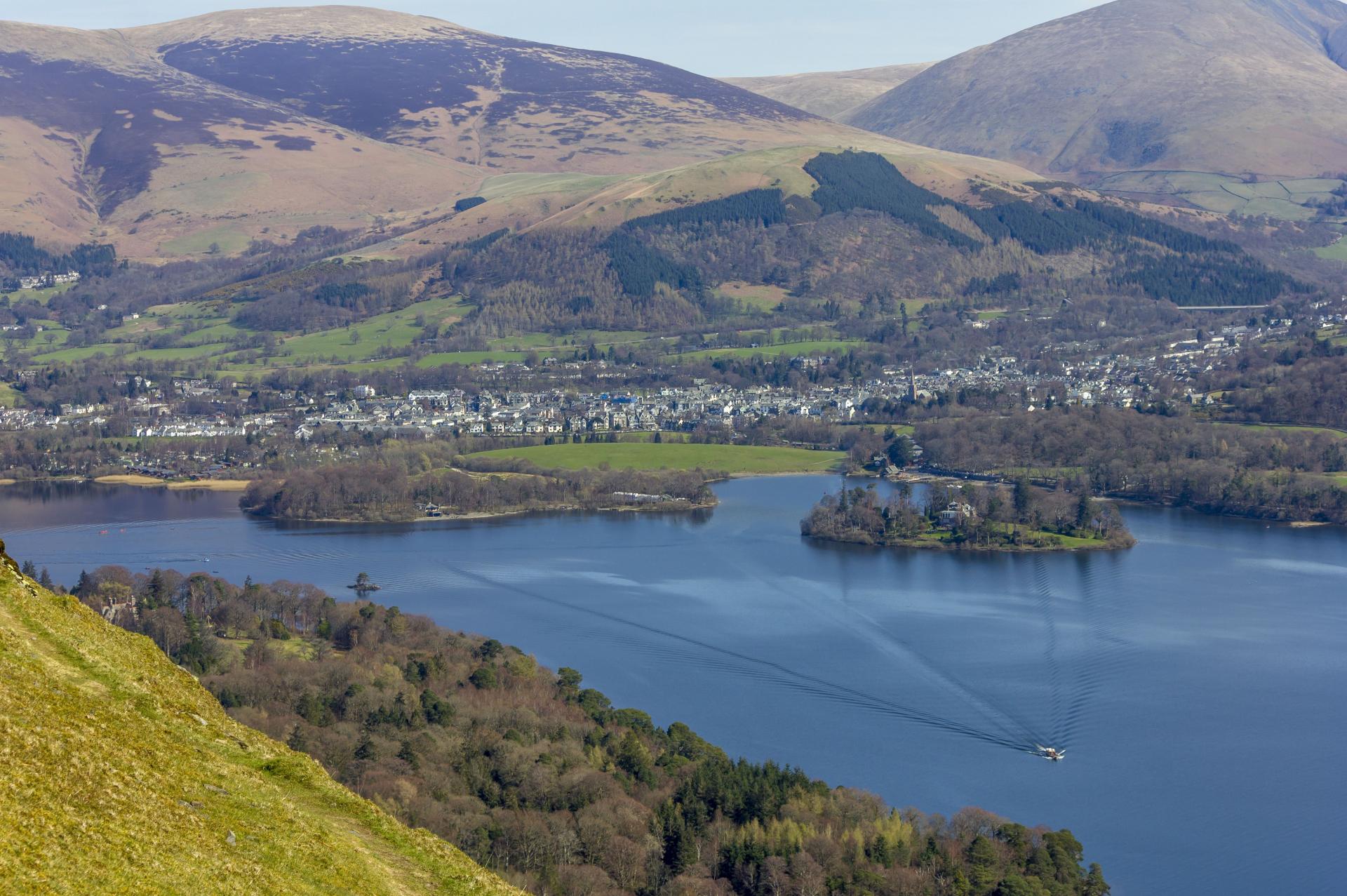 This Lake District village is situated between the Skiddaw Mountains and Derwentwater Lake. There are shops, cafes, tea rooms, pubs and restaurants, as well as the popular Keswick Jazz & Blues Festival which returns on the 9th-12th May to bring the spirit of the New Orleans Mardi Gras to Cumbria. 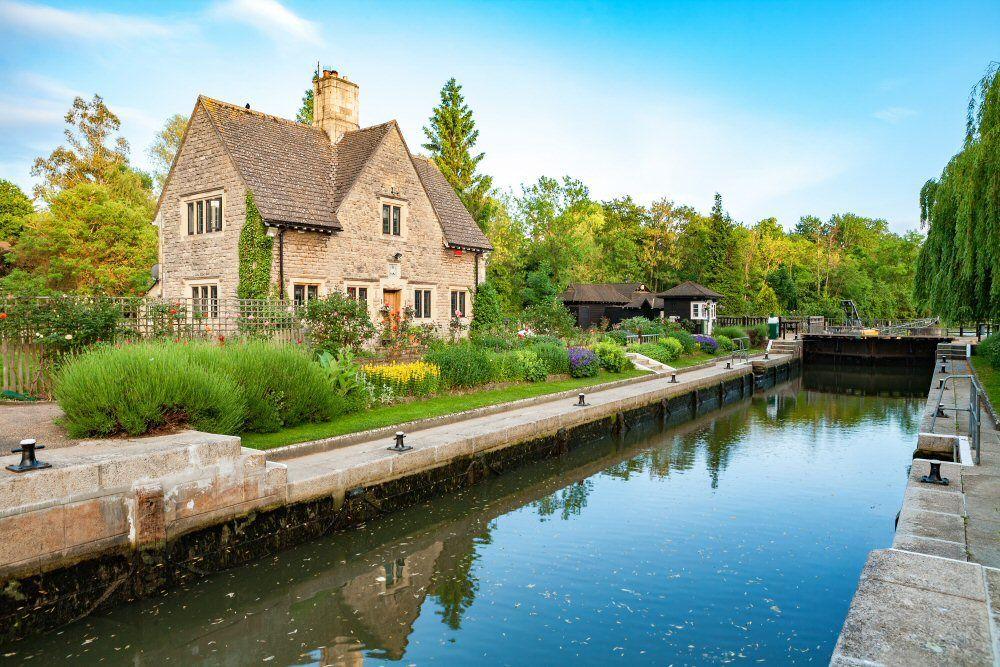 Iffley is a village in a designated Conservation Area in Oxfordshire. The well-known Iffley Lock crosses the River Thames near the village, next to a popular pub.

“Iffley is proud of its long history and varied landscapes including a weir and lock and the ancient and magnificent St Mary’s Church in its spacious churchyard,” says Friends of Iffley Village. “It boasts a huge variety of buildings constructed over the past nine centuries, which greatly contributes to its much-valued village atmosphere.”

For things to do and places to see this Spring in Iffley, click here. 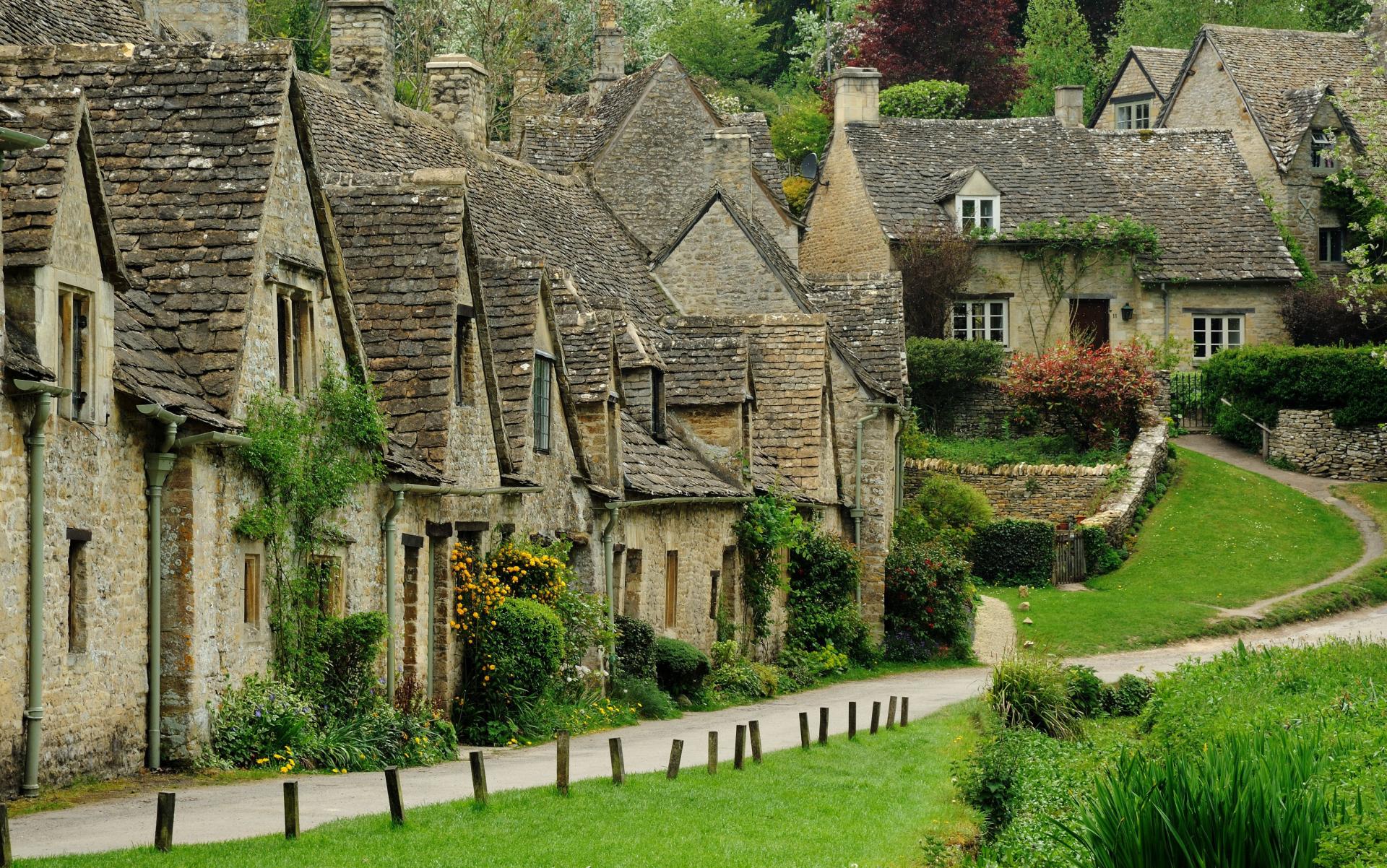 Named ‘the most beautiful village in England’ by William Morris, Bibury is a charming village and civil parish located on both banks of the River Coln, which is a Thames tributary. This area is a prime destination for tourists due to the many historic buildings and tea houses. Searching for a visitor's guide? Look no further. 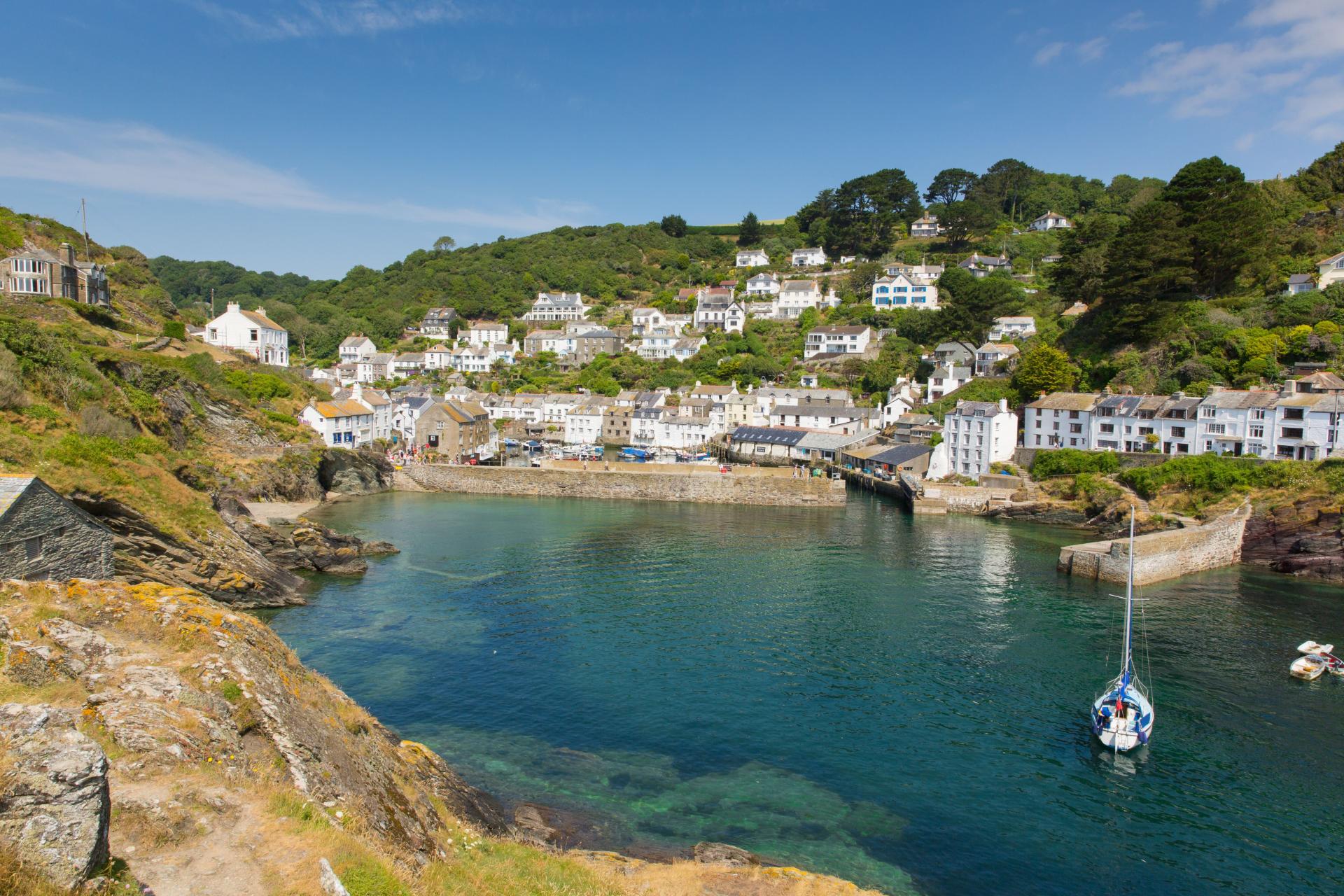 Polperro is a popular, quaint Cornish seaside village, civil parish and fishing harbour with winding streets and cute cottages. The village has had a colourful past as a smuggling port in the 18th century. The area is famous for its seafood, and there are numerous cafes and pubs, where visitors can try fresh cuisine.

A detached home with four bedrooms can cost over £430,000 close by to this popular village. If you're looking for a three-bedroom property with good holiday let potential nearby, you can expect to pay upwards of £275,000. 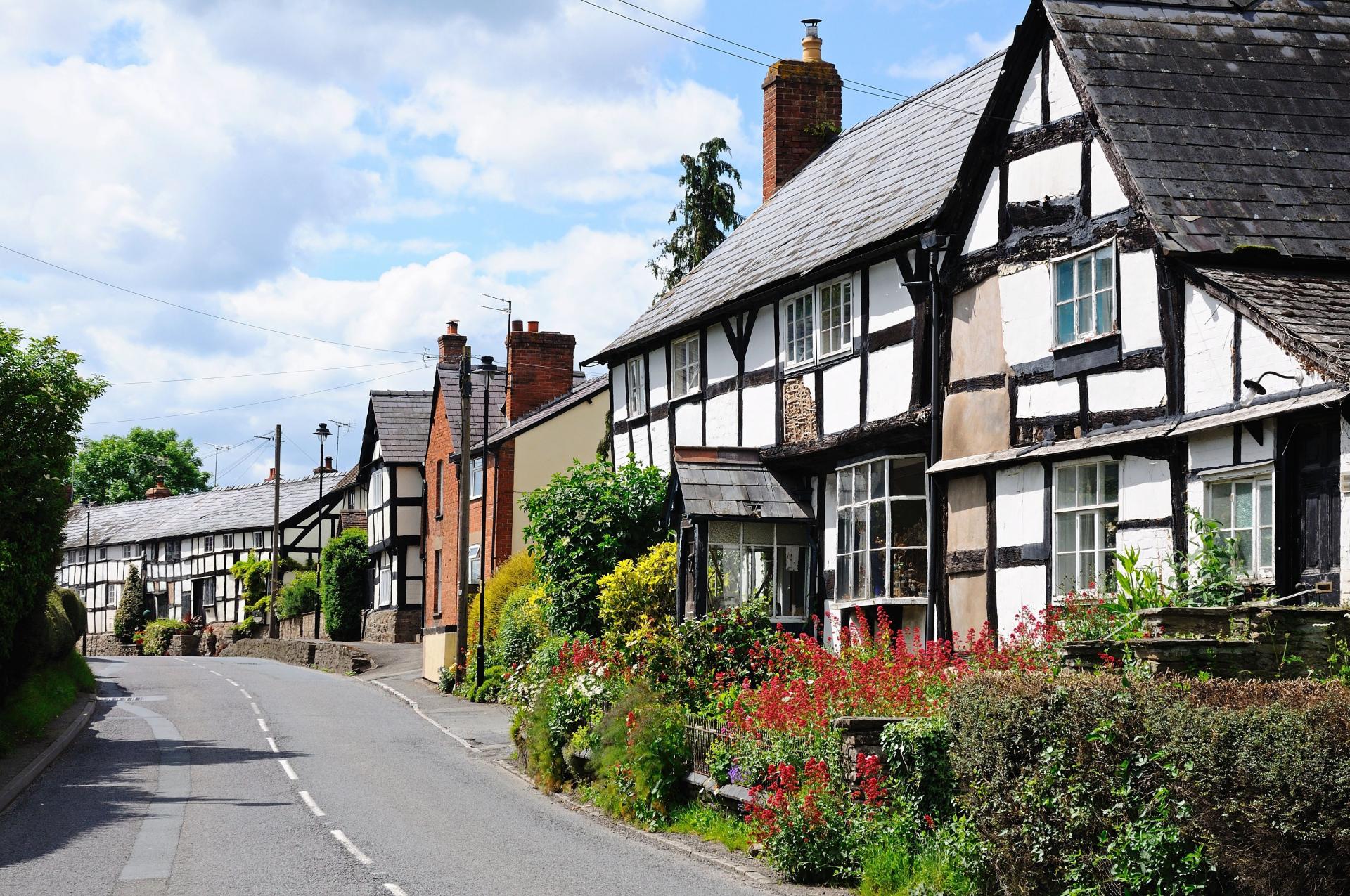 This village is well-known for the number of traditional achromic, black and white buildings. Mentioned as having 2,000 residents in the Doomsday Book, it now has around half as many people living there. Visitors can enjoy the medieval buildings on nearly every street. Looking for things to do in Pembridge this Spring? Click here.

For a home in Pembridge, expect to pay between £440,000 to £600,000 for a beautiful historic home. A centrally located contemporary home with three or four bedrooms can range from just less than £300,000 and up.

Beside the beautiful Hedingham Castle is the village of Castle Hedingham. The village keeps a medieval street layout and includes historic timber-framed buildings, two friendly pubs, and a tea room.

A five-bedroom detached home in the village will cost up to around £600,000, and a three-bedroom semi-detached newly built home at around £340,000.

Want to know what others think of the area? Click here. 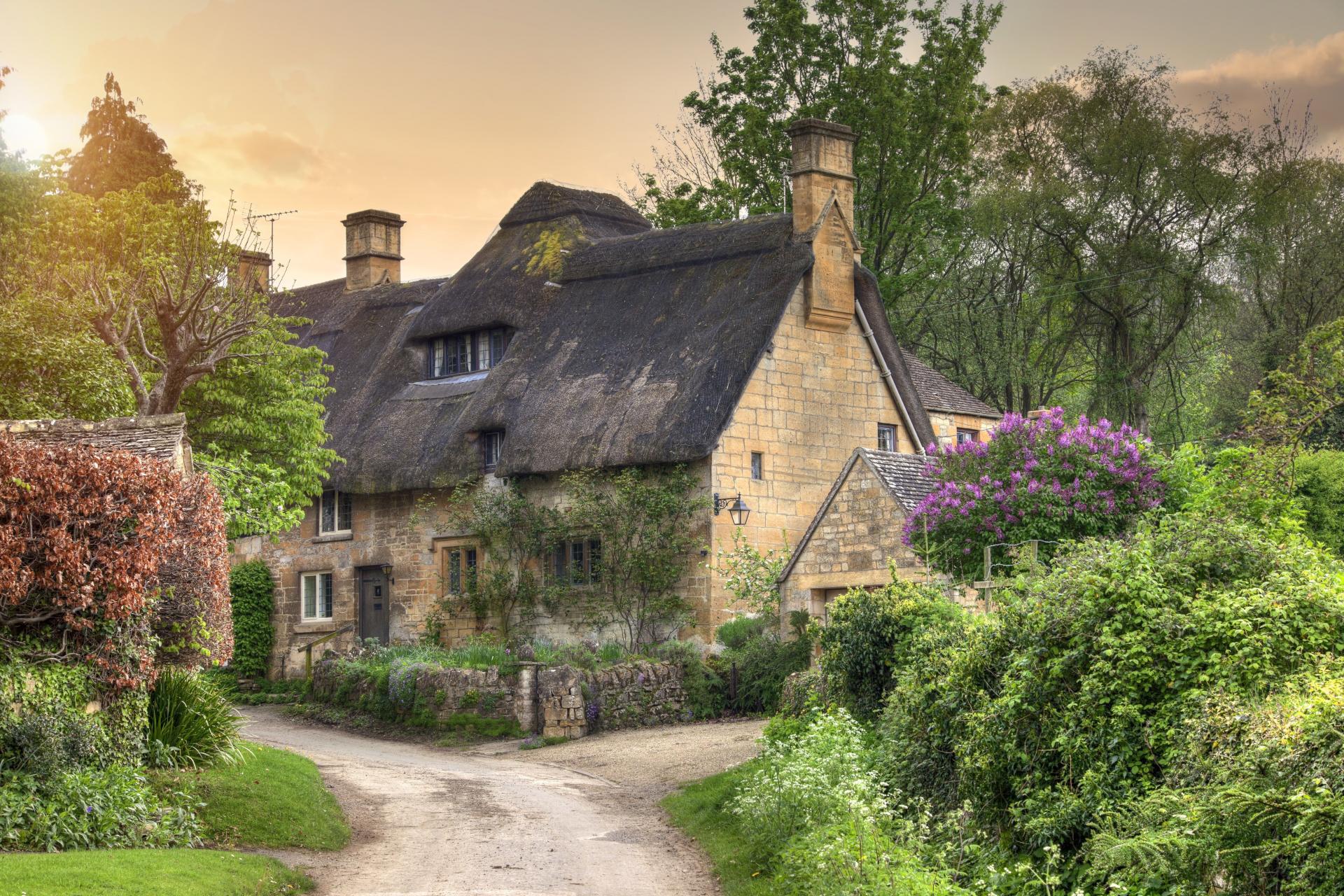 Stanton is a small village in Gloucestershire. The village is made almost completely from Cotswold stone, including the high street with the popular pub ‘The Mount’ at the top. For walkers, the Cotswold Way long-distance footpath passes through the village.

Properties rarely come onto the market here. In the surrounding area, a typical Cotswolds house with eight bedrooms can be worth up to £3,000,000. Semi-detached and terrace homes with three bedrooms cost around £300,000. 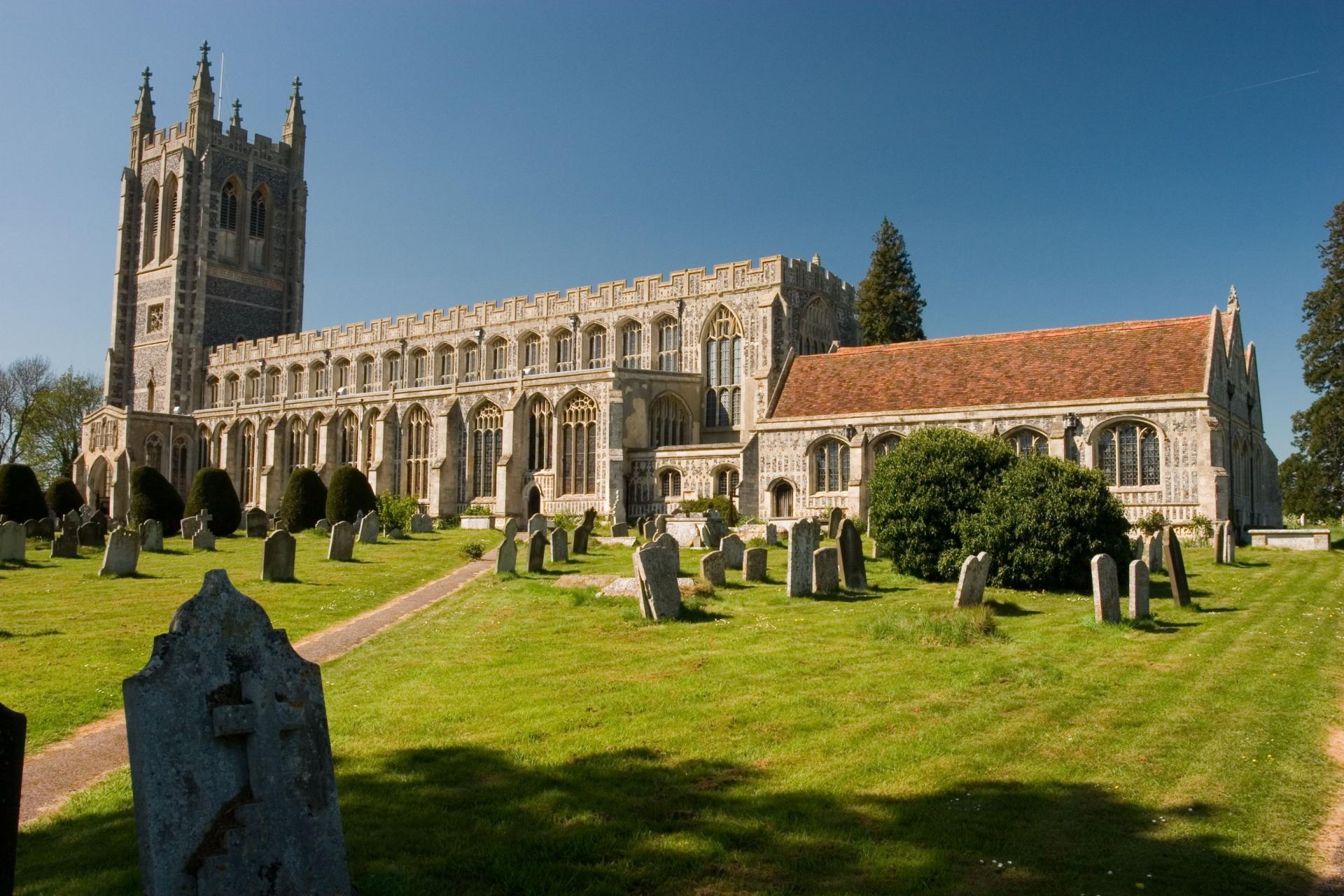 Long Melford was a busy village in Tudor times, and still attracts many visitors while remaining a popular place to live. There are lots of shops and restaurants, as well as the Holy Trinity church, which sits on the hill at the top of the great green.

Are you looking for reasons to move to Suffolk? Learn more here. 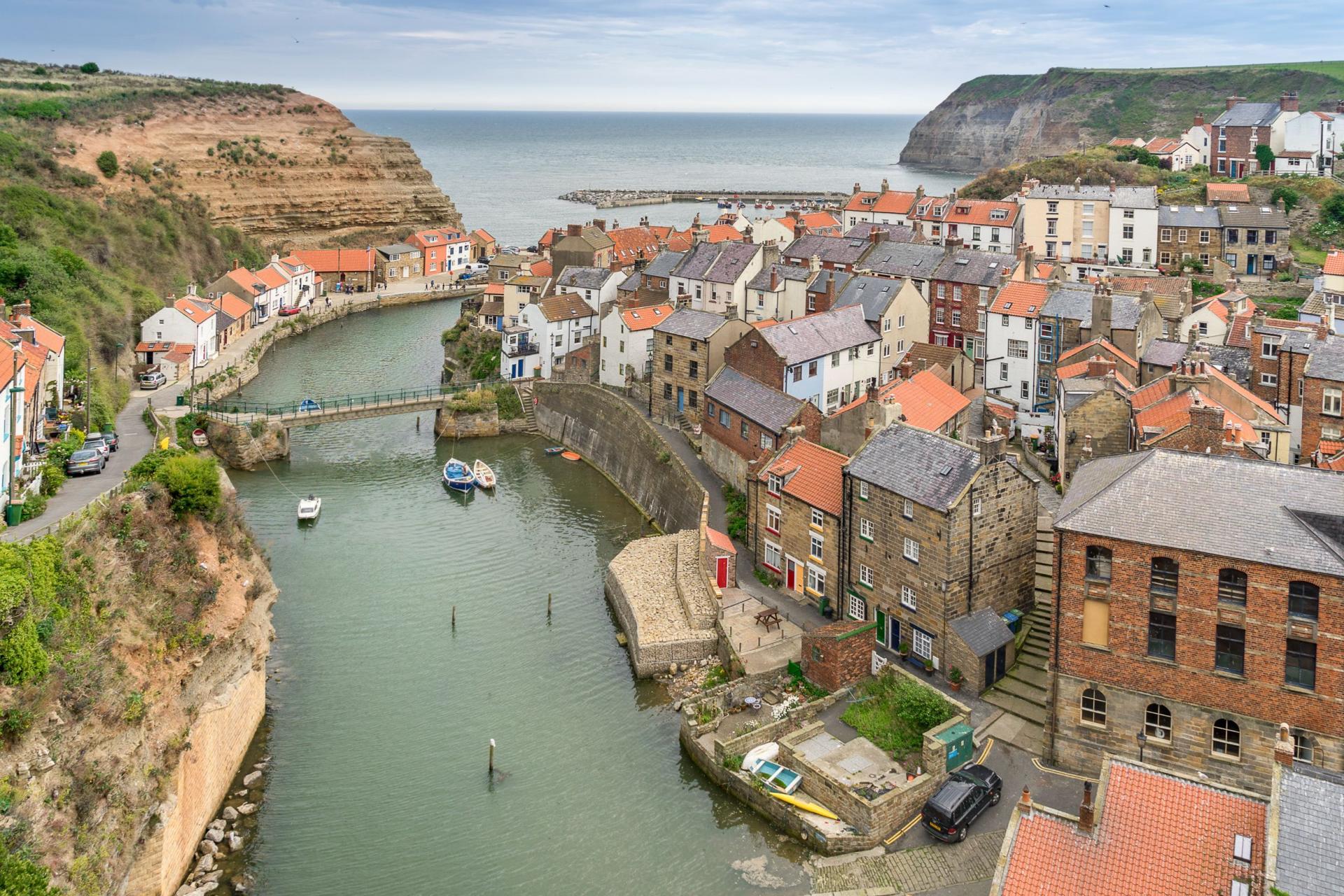 Once the largest fishing port in the North East, Staithes is of great geological and historical interest. For tourists and locals there is a gallery, cliff-top path and fossil hunting on the sandy beach. Find out more about the beautiful fishing village of Staithes here. 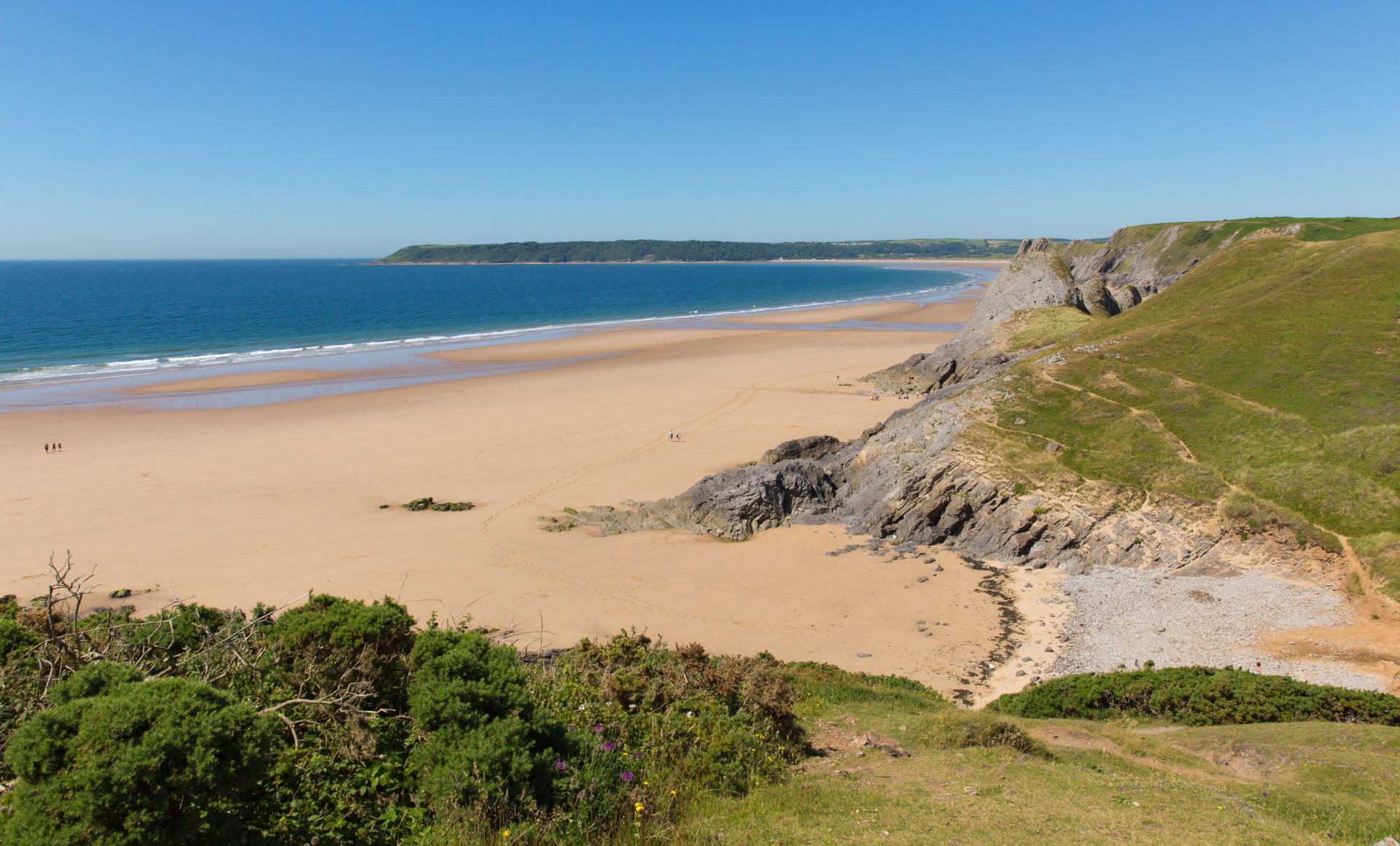 Mumbles village is situated on the edge of the Gower peninsula in Wales. It is surrounded by beaches and has been Swansea’s seaside destination of choice since the early 19th century. As the days get warmer and the nights get lighter, now is the perfect time to enjoy a walk along the beautiful beach. 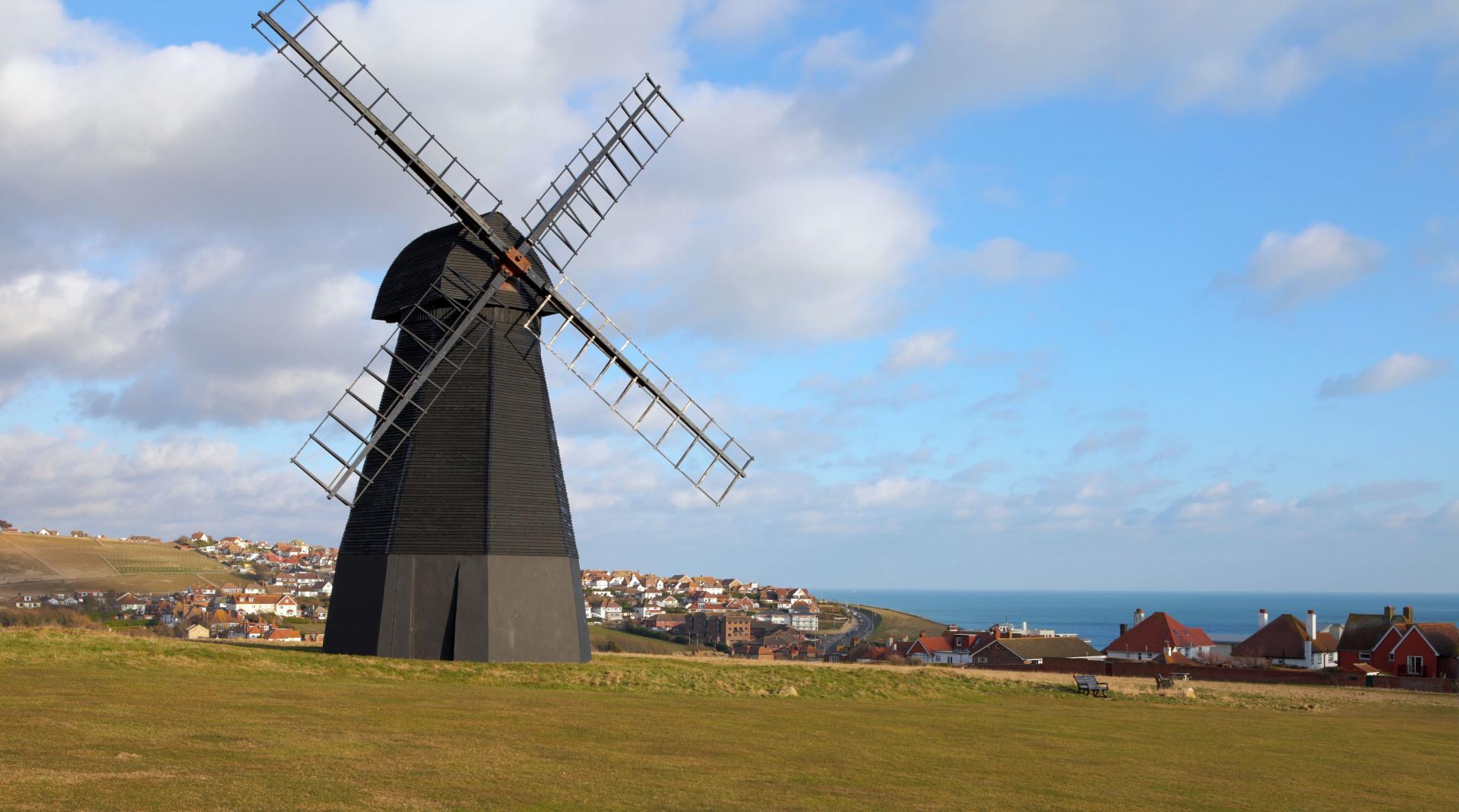 Slightly more urban than some of the other villages, Rottingdean is just along the coast from the city of Brighton, but retains a true village feel. The windmill is one of the local attractions and was constructed on the hill in 1802. There are many beautiful properties around Rottingdean, including cosy cottages and impressive townhouses. 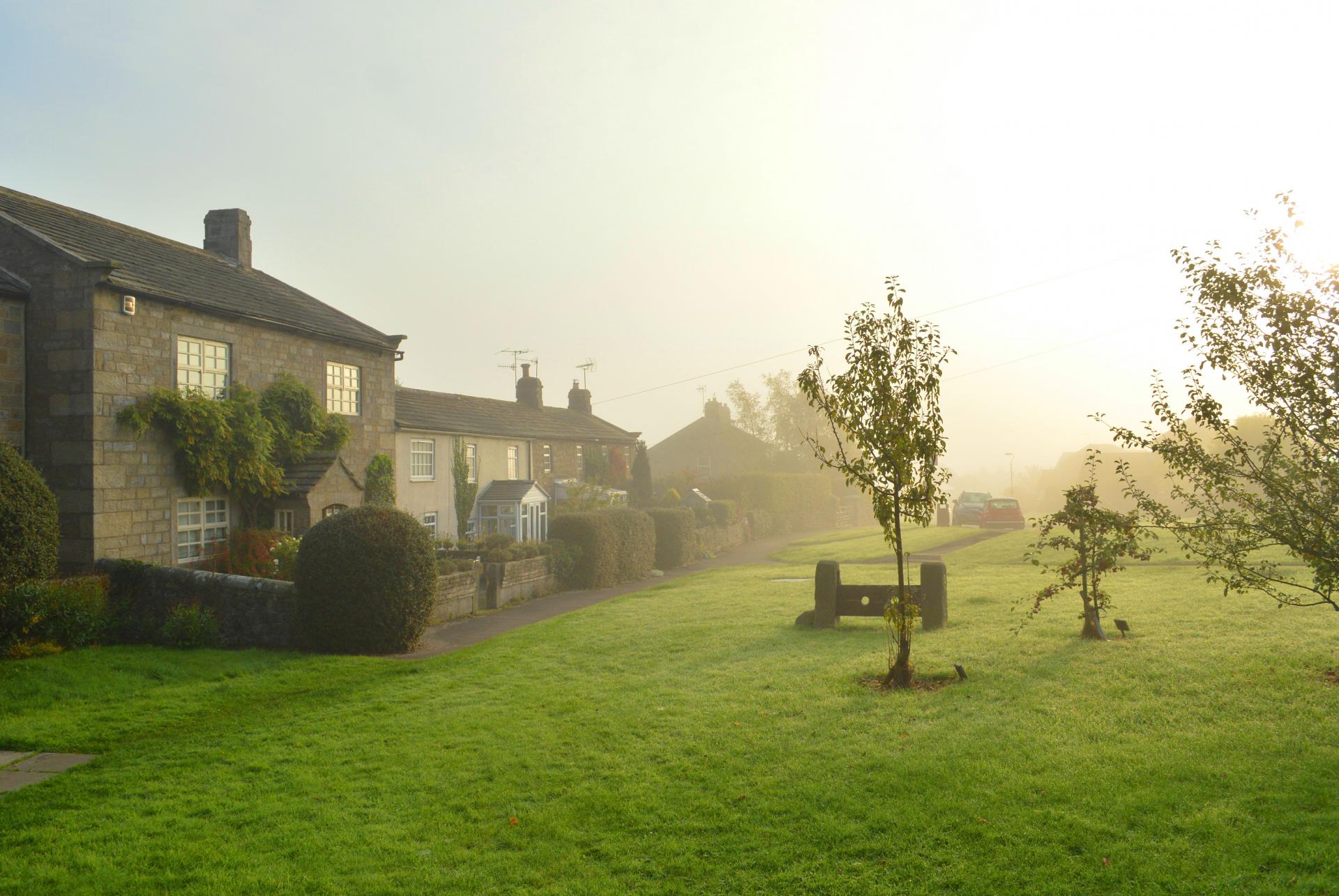 In North Yorkshire, close to Harrogate, sits the village of Darley. The parish has two greens, three churches, and hosts regular village events.

Check out some of the fantastic things you can get up to with your little ones during spring time in Darley here. 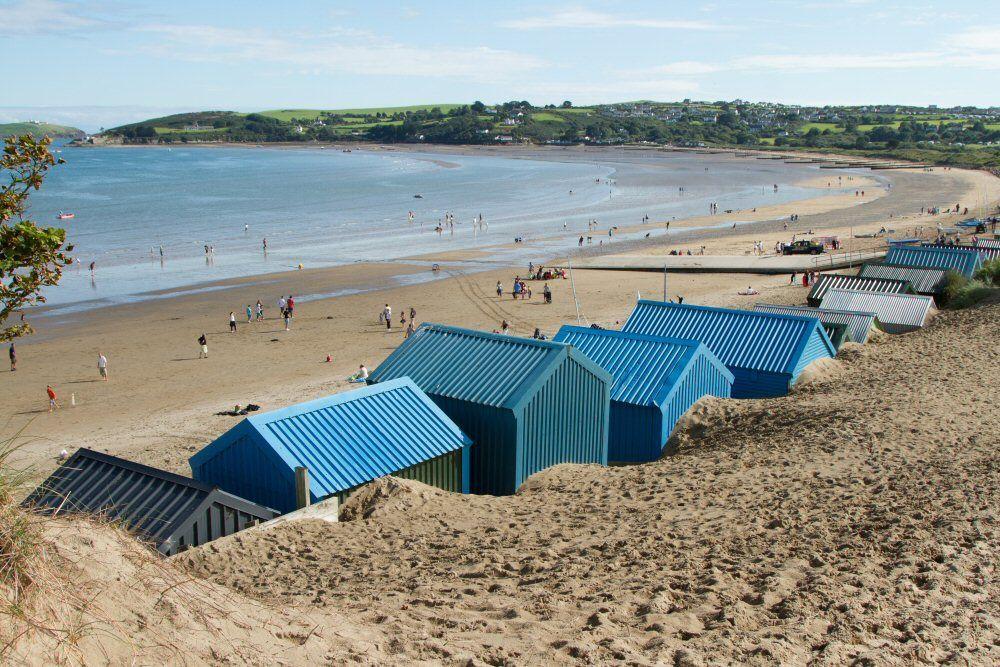 This hidden gem is particularly popular in summer, but spring is the best time to explore the winding narrow roads of Abersoch.

“Abersoch is situated on the Llyn Peninsula in North Wales and has become a popular village seaside resort. Great beaches, internationally recognised sailing waters, pleasant climate and beautiful scenery, all set in the heartland of the Welsh language provide a special combination,” says Abersoch.co.uk.

Cley next the Sea, Norfolk 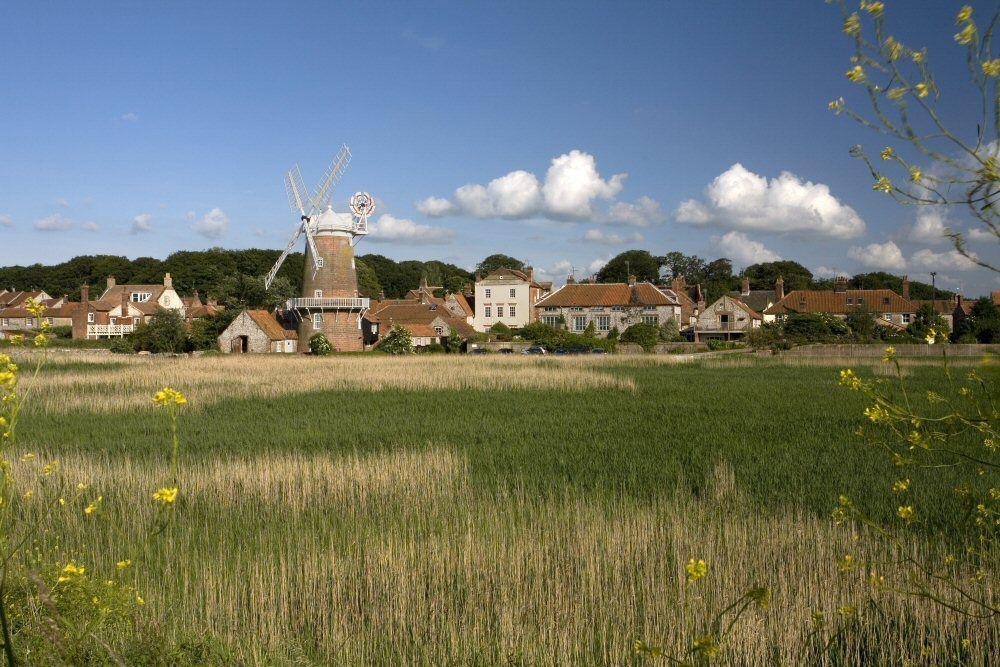 The main attraction of this Norfolk village is the picturesque 18th century windmill standing on the edge of the marshes, which is open to the public.

“These days, Cley next the Sea is nearly a mile from open water but back in the middle ages this lovely Norfolk village was an important trading port,” says Tour Norfolk. “The area between the village and the sea is now occupied by one of the best nature reserves in Norfolk and has been designated an Area of Outstanding Natural Beauty.

“There is a brilliant delicatessen, a local craft gallery, a famous smoke house, a bookshop, a couple of tea shops and a country pub.”

Norfolk is home to many stunning historic homes, and a four-or-five- bedroom home near this area could be worth close to £1,000,000. A four-bedroom semi-detached home could cost up to £385,000. 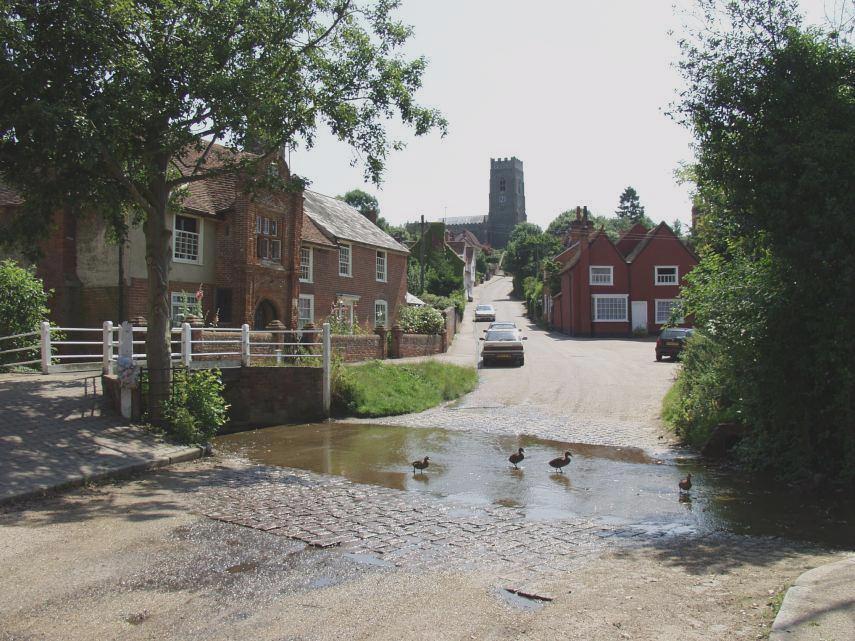 Kersey is a picturesque Suffolk village with a ford flowing through the main high street. The small ford is a tributary of the River Brett which flows through the neighbouring village of Hadleigh. The popular Bell Inn pub is timber-framed and dates to the 14th century.

If you are looking to sell your property, don't hesitate to get in touch today and book an online valuation with your local Fine & Country agent.