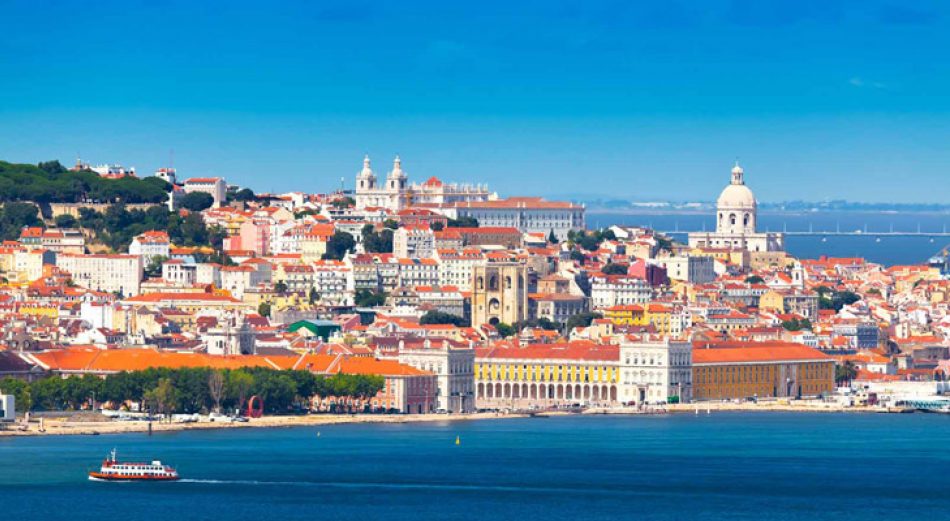 Lisbon is the second oldest capital city in the world, after Athens, Greece. Portugal’s ancient capital is built on seven hills, situated at the mouth of the Tagus, the longest river in the Iberian Peninsula, and is filled with historical beauty.

Lisbon has long enjoyed the commercial advantages of its proximity to southern and extreme western Europe, as well as to sub-Saharan Africa and America. Today, its waterfront is lined with miles of docks, wharfs and drydock facilities that accommodate the largest oil tankers. 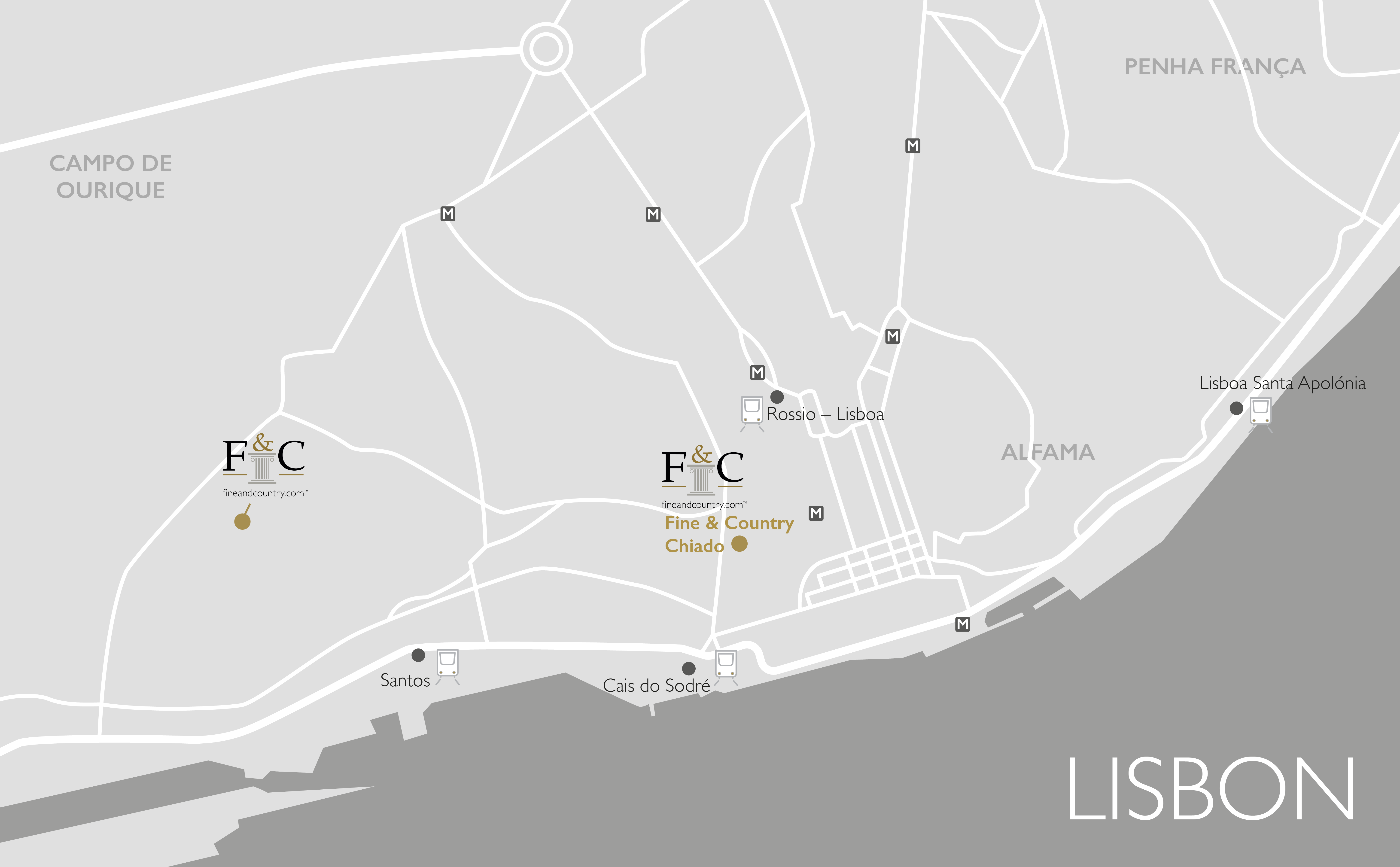 One of the main benefits of living in Lisbon, is that it is the sunniest capital in Europe benefitting from around 3,000 hours of sunshine per year and reaching highs of over 30°C in the summertime. 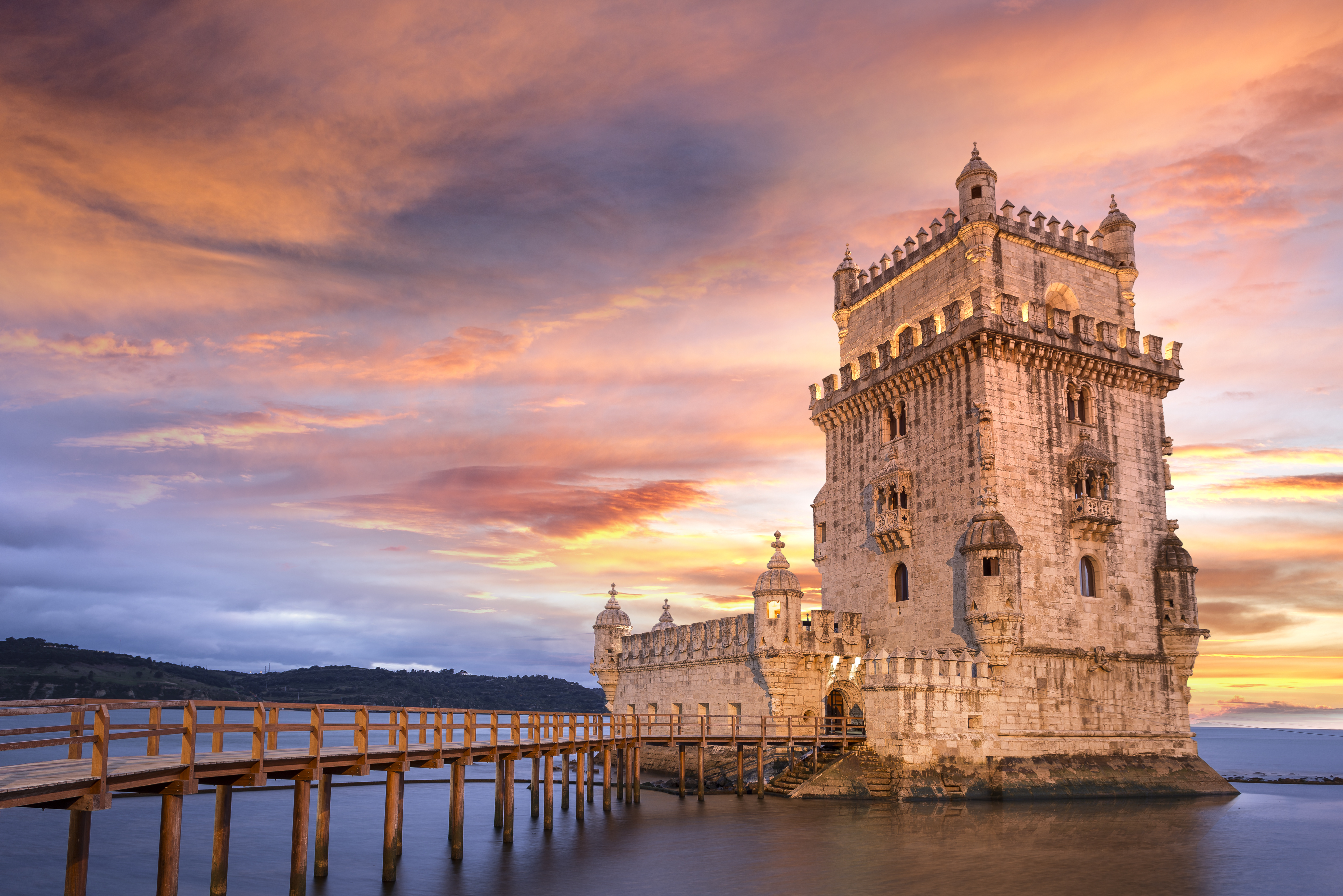 The city is lively and energetic, especially during the summer months, attracting an abundance of tourists each year. The rich history of the city is fascinating, such as the beautiful Tower of Belém, a 16th century fortification that served both as a fortress and a ceremonial gateway to the city. 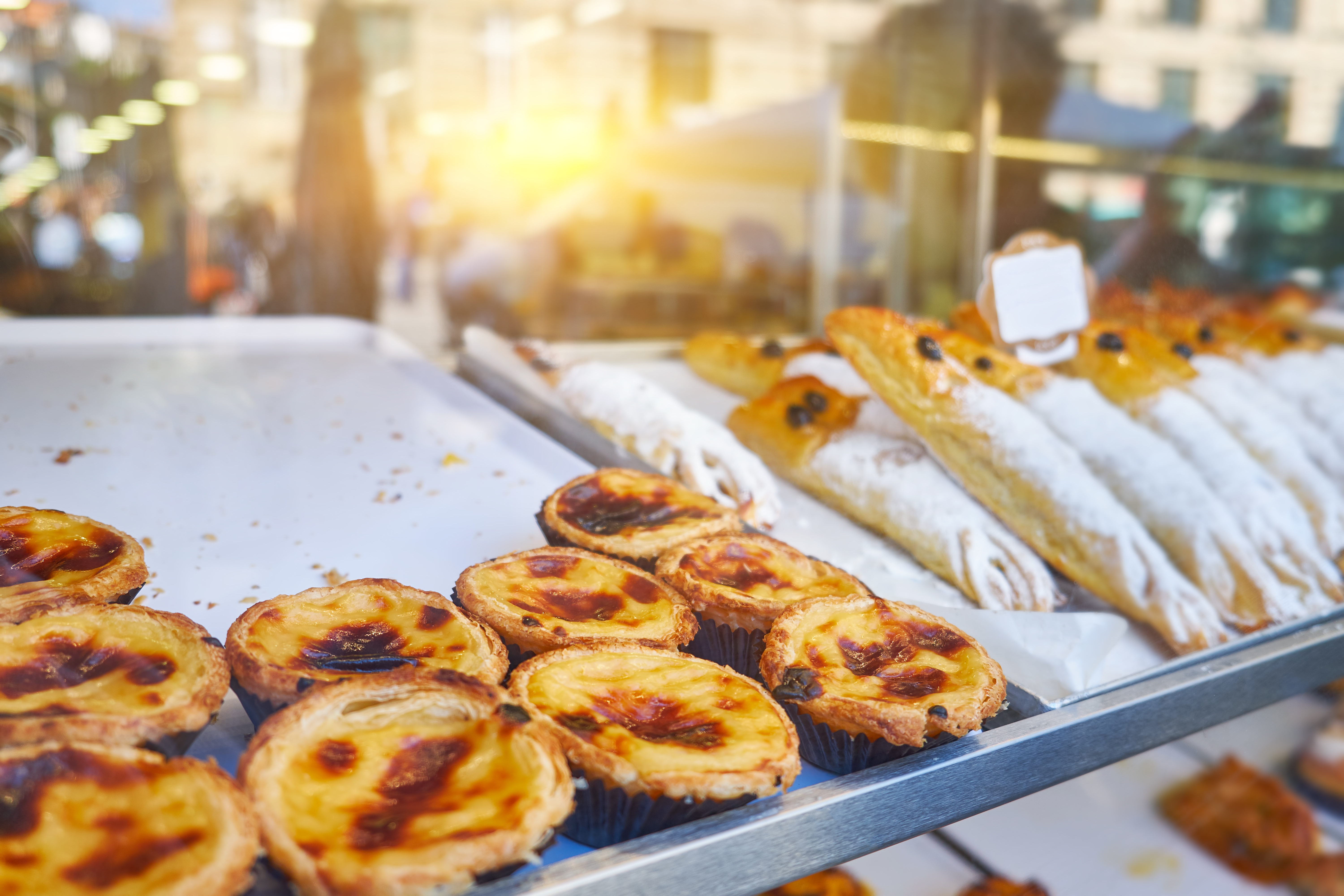 If you are looking for the best of Lisbon under one roof, check out Time Out Market (Mercado da Ribeira) next to Cais do Sodré station for the best chefs, restaurants, cultural events and cooking workshops.

With the signature of Chef Olivier da Costa, Seen Lisboa is a successful restaurant with panoramic views, cool surroundings, an eclectic cuisine and bar menu. If you are a fan of mixology, the cocktail menu, signed by Head Bartender Lucas Jacques will excite and inspire you.

Another popular hotspot is JNcQUOI, a venue providing a wide array of food and fashion, as well as unique moments of pure art-de-vivre across three floors.

The quiet cobblestoned streets of Bairro Alto may look deceiving by day, but at night they come alive. Known as the bohemian area of Lisbon, it is the place to go out for a drink and a dance, with many bars spilling into the streets.

You’ll also hear the soulful tone of Fado, a traditional form of Portuguese music, in the air in the evenings. Fado has been around in the port districts of Lisbon since around the early 19th century.

Lisbon has plenty of stunning viewpoints around the city as well as attractions such as Oceanario de Lisboa, Gulbenkian museum, Berardo museum and Chiado.

There are many transport links available around the city including the metro, bus, tuk-tuks and taxis. Uber is available in Lisbon and Lisbon Portela Airport can be found in the city centre as well.

Trams are one of the most common modes of transport around the city. The most popular tram is number 28, as it guides you through some of the key highlights of the capital.

You will also find electric scooters and electric bikes around the city.

In downtown Lisbon along the Avenida da Liberdade it’s all flat but venture slightly outwards in any direction and you’re met with steeply sloping hills. Luckily the number 28 tram or a tuk-tuk will help with those!

Properties in the area

The city may have been slower to recover from the credit crunch than many other European cities but is making up for lost time and has been tipped as best for investment and development, knocking Berlin off the top spot.

Apartments in the city centre can cost up to €10,800 a square metre, which means that the city is still more affordable the most other European capitals, with an average price of €8,000 a square metre last year.

The most expensive Lisbon neighbourhoods are around Avenida da Liberdade, Chiado, and Príncipe Real, which command prices of more than €10,000 a square metre. Charles Roberts, the managing partner of Fine & Country Portugal, says, “In Chiado and the Historic Quarter we are still seeing a lot of renovations, but it is becoming more difficult to find opportunities and the entry costs are rising.” 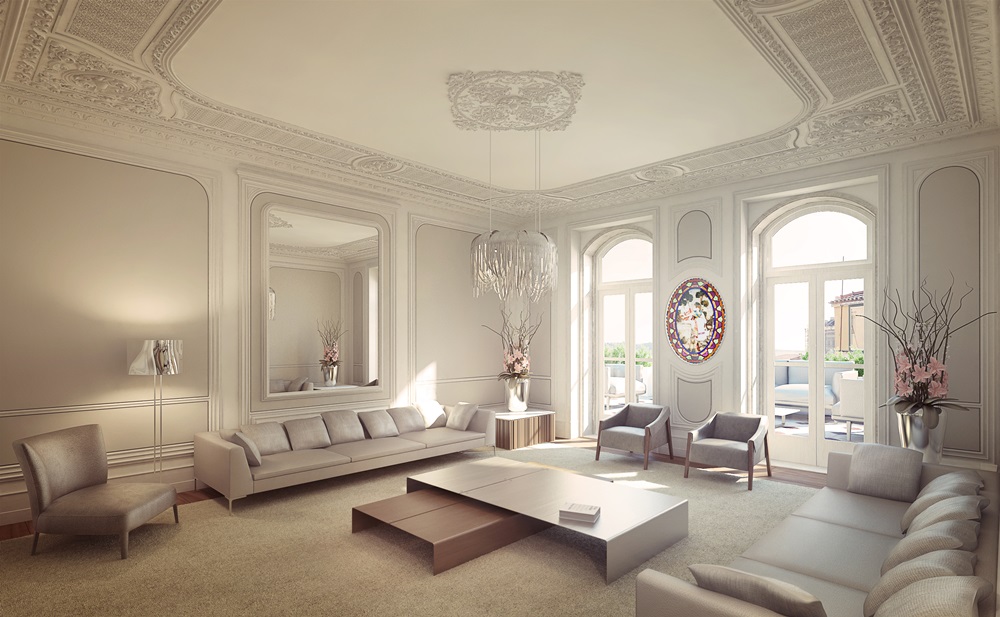 The Sandomil Palace apartments occupy a former 17th century palace, located in the most prestigious area of Lisbon, Chiado. The property maintains many of its original features, combining modern construction techniques with traditional charm and high ceilings. The home offers a private terrace with impressive views over Lisbon and the Tagus River. 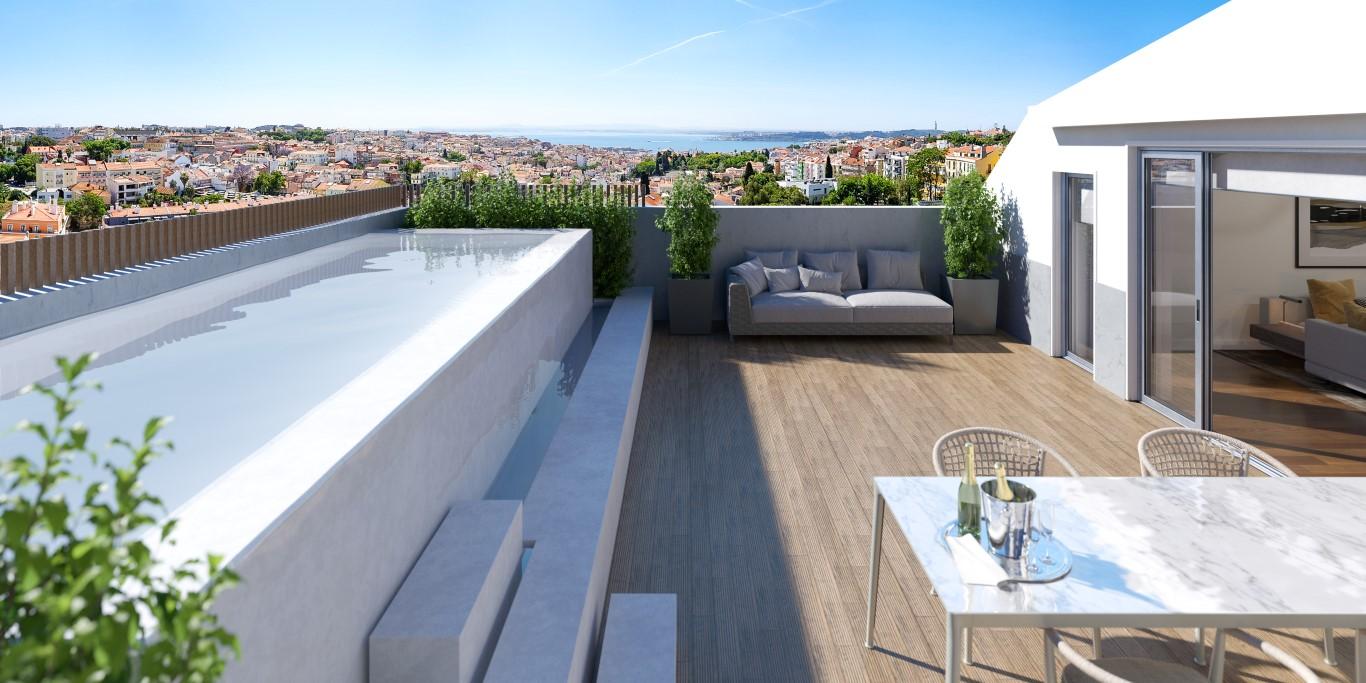 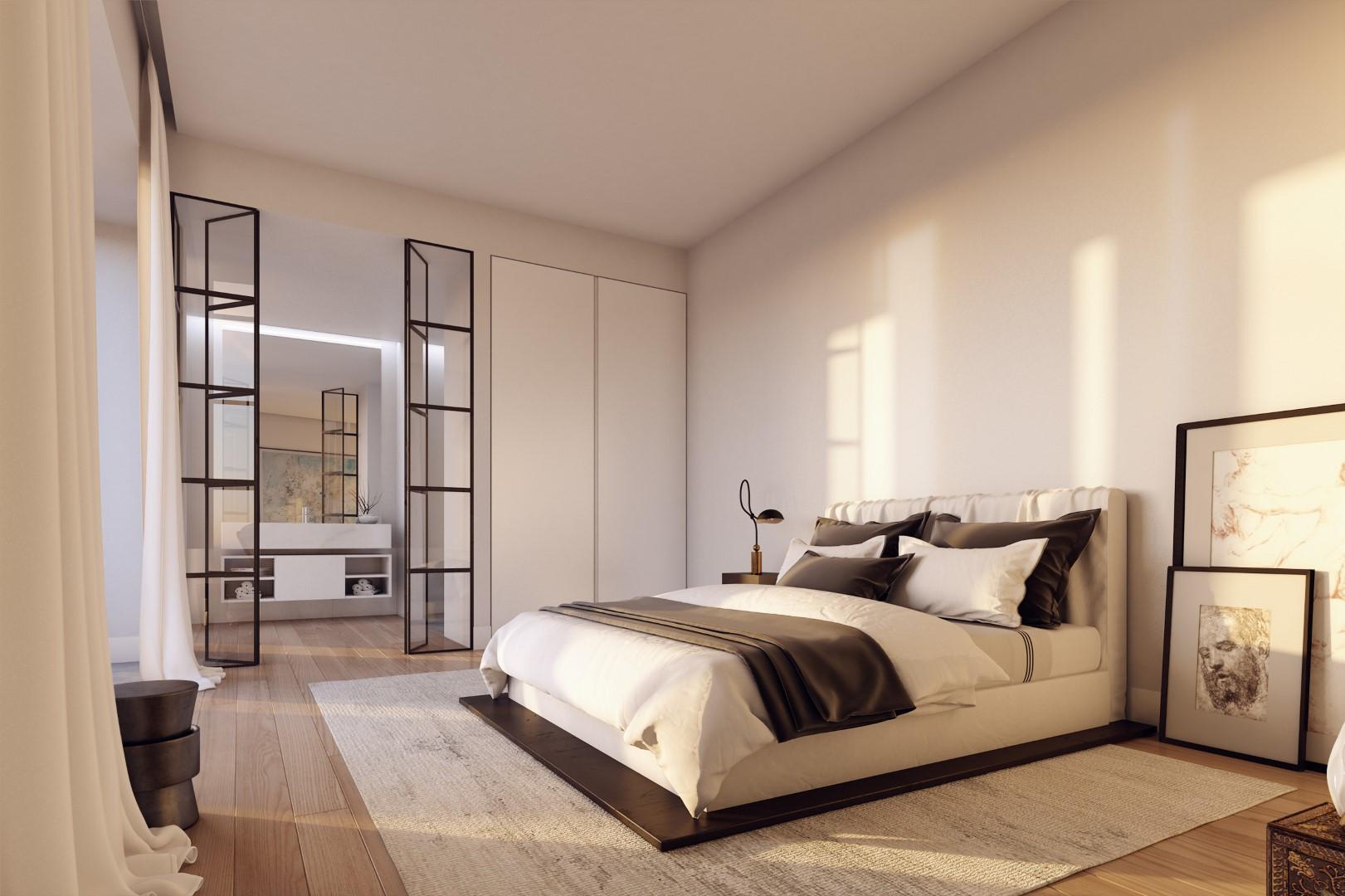 This modern apartment is on the 14th floor of a new development in the sought-after neighbourhood of Amoreiras. The property has ample living space with access to a large balcony overlooking the city. The home benefits from modern interiors that accentuate its urban character.