For sale: Unusual homes with secrets, surprises and hidden spaces 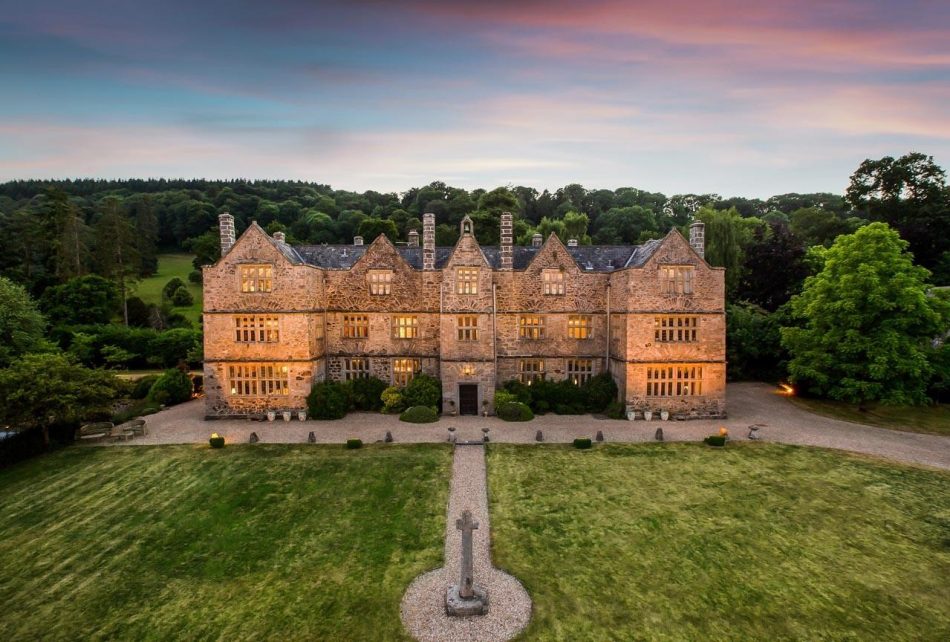 Some homes are unique or unusual because of their design, while others are special because of the secrets they keep. We search for homes that break the mould and prove that some people think and live outside the box.

This magnificent home occupies the entire wing of the Mansion House on the award-winning Wall Hall Development in Aldenham. It is set in 55 acres of historic park land and wrapped in rural and tranquil countryside, yet close to major road links, as well as the mainline station in Radlett.

In a superb elevated hilltop setting, commanding spectacular views over the Vale of Usk, is a beautifully restored Listed Folly that was also featured on Channel 4s Grand Designs. Dating from around the 1700's, and originally a stone-built hunting lodge for the Sheriff of Monmouth, the restoration has been combined with cutting edge design via a new glass extension to create what is now a wonderful home.

Steeped in history and stunning in looks, this beautiful Grade II Listed windmill offers the ultimate for anyone looking for a unique and unusual home. Originally built in 1849, the four-storey brick tower mill was in full working order until enemy fire damaged the sails in 1943. But when these were replaced the mill lost its original cap in 1959 and subsequently fell into disrepair. However, it was eventually converted into a residential property in the 1980s and this included rebuilding the ground floor outer ring to provide the main living area.

The Dome was built in 1986, designed by Award-winning Architects David Richmond Associates and follows the Geodesic dome structure. When built, ‘The Dome’ received a high level of acclaim from the architectural world, national press and television. The property sits centrally in its own grounds of approximately half an acre.

Bowmans Mill is truly a one off. Set within private gated grounds of approximately 1.5 acres and surrounded by beautiful countryside views, this converted Grade II Listed water mill is now a spectacular six-bedroom executive residence.

The Old Manor House, parts of which are believed to have dated back to 1720, sits in the small hamlet of Harborough Parva, just on the outskirts of the village of Harborough Magna, a few minutes from Rugby. This three-storey, six-bedroom home has a wealth of charm and character, with ceiling beams, oak panels and even a secret room accessed via a book case.

A Domesday Manor, Canonteign was given to the canons of St Mary du Val in Normandy circa 1125 and later conveyed to the Prior and convent of Merton, in Surrey. After the Reformation it was granted to Lord John Russell and then passed through a series of owners. It was garrisoned for the King during the Civil War and taken by Fairfax in 1645. According to Lysons, it belonged to the Davy family in the 17th century.

In 1812 Sir Edward Pellew, later Lord Viscount Exmouth, purchased the manor and it became a farm after 1828 when Exmouth built Canonteign House close by. It was restored by Lady Exmouth in the 1970's and during the last few years the ancient house has been brought into the 21st century with extensive and sympathetic renovation.

Today, it is a comfortable family home, combining the best of its 400-year-old origins with the conveniences of modern technology.

Here is a contemporary home designed in a modernist style with Art Deco influences. This property provides a sensual experience, subtlety mixing several architectural influences which flow as easily as water. The views, styles and atmosphere within change depending on where you are in the house. Each area provides a glimpse of the next and invitingly leads you further.

This executive four-bedroom detached house has a tiered garden built into the cliff side, boasting breath-taking views of Oliver’s Mount and the coast beyond. The interior is cleverly designed with large windows and bi-folding glass walls, letting in maximum light and features high-end security and state-of-the-art appliances throughout.

This home is uniquely situated within the popular village of Gilmorton and located next to the village church offering 5.33 acres of land and formal gardens. The property is a barn conversion which has been meticulously converted over a three-year period in the early nineties to create a wonderful family home. What makes the home’s positioning so unique is the fact that it overlooks its own field which has remains of a 12th century Motte and Bailey castle within the grounds.