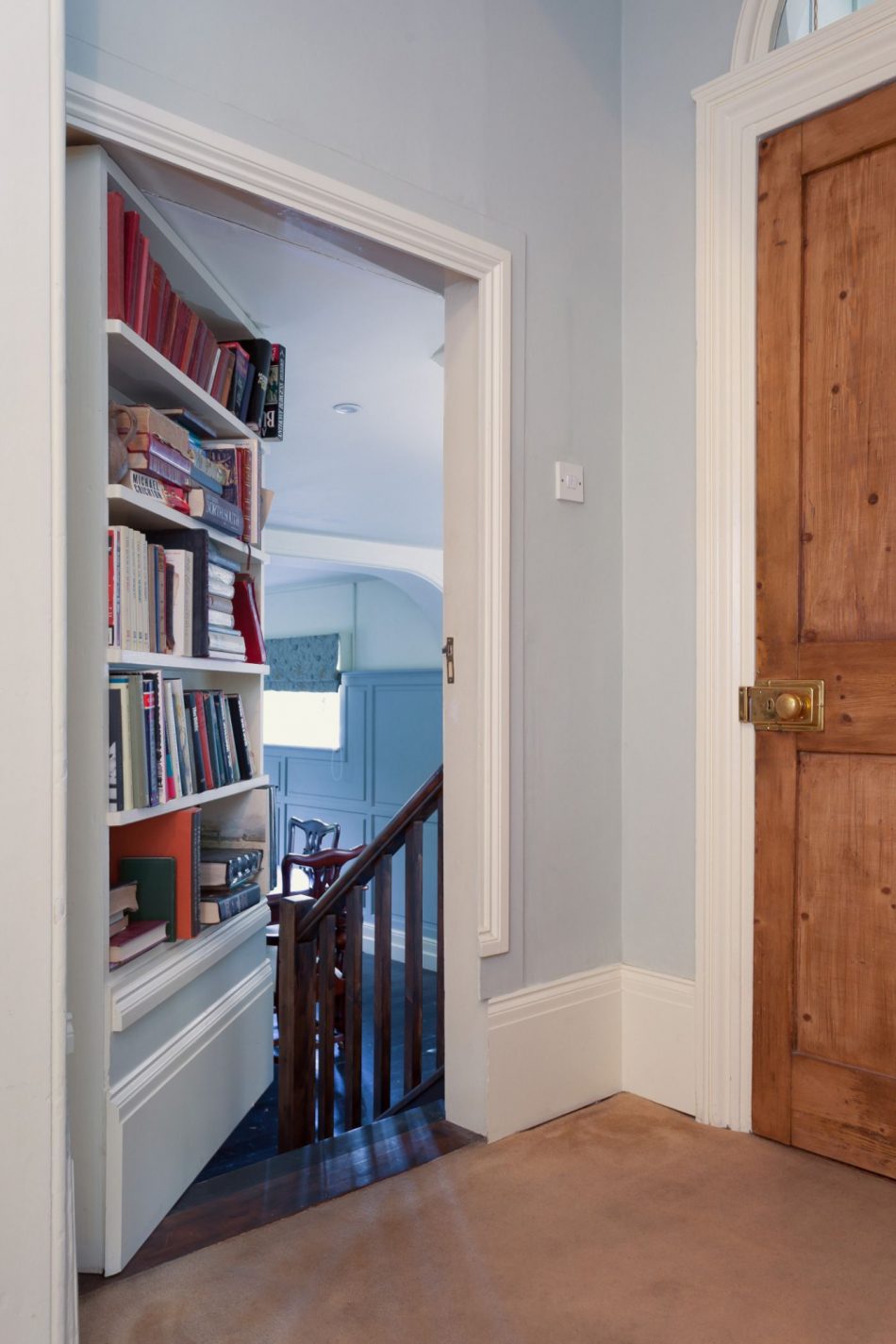 Homes with unique secrets and mysteries have a certain enchantment. Properties with trap doors leading to a wine cellar, hidden passageways or rooms behind secret doors sound like they’re only found in films, but there are some houses right on your doorstep that have amazing secrets as well.

Arizona-based company Creative Home Engineering are the world’s top specialists in hidden door design, which adds a touch of surprise to a house. Take a look at this pool room with a secret feature hidden in the shelves…

But for those who would rather buy a property with secrets already installed, Fine & Country have a selection of homes on the market with hidden features that make them totally unique. Read on to reveal their secrets…

1. Third book down on the left

Just like all the best homes in spy movies, this property has a secret door hidden in a bookcase; perfect for those who require a secure hiding place when unsavoury characters are on their tail. The book case opens by moving the red book on the third shelf down to the left-hand side.

This property was built in the 1860s and has been a residence for senior British Army and Royal Naval officers. The first owner was Major Gordon, who lived in the house from 1863 to 1866.

Finding a little slice of serene paradise is difficult in a city as thriving as London, but this Mayfair penthouse has a secret patio, complete with hot tub, which can’t be spotted from the street.

The penthouse has a direct access lift and enjoys panoramic views, both from the patio and the floor to ceiling windows within.

3. Ruler of your own castle

Further afield in Cascais, the owner of this property is able to relax in their very own secret tower. From ground level, it looks like an unused fantasy, but in reality it houses a comfy armchair perfect for settling down with a good book; it must be the perfect spot to read about ancient castles and battles.

Vale House is a striking period home with classically rendered elevations and exposed timber work, which was built as a farmhouse back in 1580. Interestingly, it houses a priest hole towards the rear of the house in the library.

Priest holes are the hiding places that were built into many principal Catholic houses during the period when Catholics were persecuted by law in England, from the beginning of the reign of Queen Elizabeth I in 1558.

Rolling stately lawns are lovely, but sometimes a secret garden can give a true feeling of peace and quiet. St Ibbs in Hitchin is lucky enough to have both.

The main gardens have high hedged borders, and if you follow the woodland area along, you might just stumble upon a secluded hidden garden which has a more traditional home garden feel.

6. Luxury in the West Midlands

This stunning property is set in a secluded location, not too far from Henley-in-Arden. The house itself is huge and shaped like the wings of a butterfly.

One of the best features, though, is the detached leisure centre. It houses an infinity pool which looks like it belongs in a Mediterranean villa, as well as a hidden cinema room on the basement level. You wouldn’t want to leave!

This nine bedroom Manor House in South Wales has the essence of privacy and seclusion set amid century-old trees providing a haven of calm and authenticity.

Someone working from home in the study would surely love the hidden door just behind them. If they need a short cut into the drawing room, they can open the door in the bookshelf and walk through the wall. Magic!

The front of this beautiful Georgian townhouse doesn’t hint at what lays behind it. There is a beautifully restored walled garden to the rear of the property, which is accessed via some secret steps.

The door to the side of the garage leads you to a flight of granite steps, like a secret passageway to a walled garden. The garden, which seems to keep going forever, was renovated by the current owners to replicate the original Georgian garden.

9. Secret pool by a lake

Not only is this property almost completely surrounded by a lake, giving it the utmost privacy, it also features a hidden indoor swimming pool. To access the pool, swimmers can walk down a spiral staircase from the gym suite.

If swimming or the gym isn’t your scene, there are still more ways to get active at this property, as the lake is big enough to give boating a try.

This Grade II Listed Lancashire manor looks like it has seen its share of secrets and mysteries. True to form, the fireplace houses some secret hiding places.