The Great Escapes: The World’s Most Luxurious Train Journeys 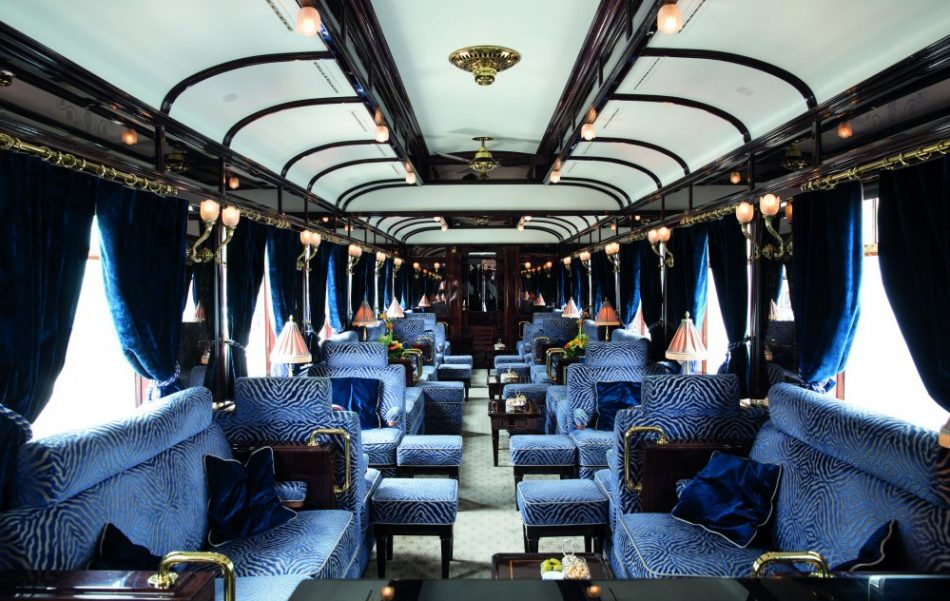 To celebrate the launch of our new competition to win two tickets on the Orient Express, we have found 10 of the most luxurious train journeys around the world. Here can find breathtaking views to the far corners of the earth from South Africa to Siberia! So let’s get into it…

1. Australian Outback on The Ghan

The Ghan is Australia’s most famous train, which has iconic red engines with their white camel logo. The journey goes deep into rural Australia as the train tracks almost break the continent in two as it travels from Darwin in the north to Adelaide in the south. It takes the 30 carriages 54 hours to traverse the country, with stops in Katherine, Alice Springs and Coober Pedy. Originally dubbed the Afghan Express, The Ghan train was named for the pioneering cameleers who blazed a permanent trail into the Red Centre of Australia more than 150 years ago.

Fun Fact: Originally dubbed the Afghan Express, The Ghan train was named for the pioneering cameleers who blazed a permanent trail into the Red Centre of Australia more than 150 years ago. 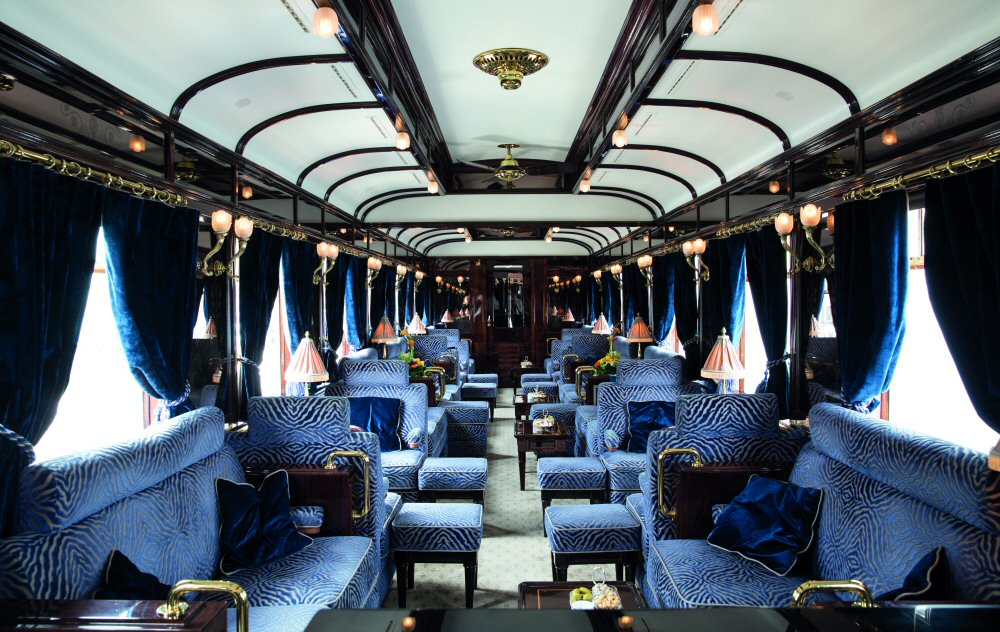 This luxury train travels the route of the original Orient Express, that was most popular in the 1930s and forever captured in Agatha Christie’s novel ‘Murder on the Orient Express’. Today, the Venice-Simplon Orient Express train is still running between Calais and Venice.

What can you do onboard this trip? For a taste of classic opulence, board the British Pullman at Victoria and then the Orient Express in Calais. Enjoy a delicious four-course meal as you travel sedately through the French countryside, then enjoy a few nights in Paris.

TO WIN: To be in with a chance of winning an all-inclusive from London to Paris on this luxurious train, book a valuation request with Fine & Country and enter the promotional code ‘ORIENTEXPRESS’. 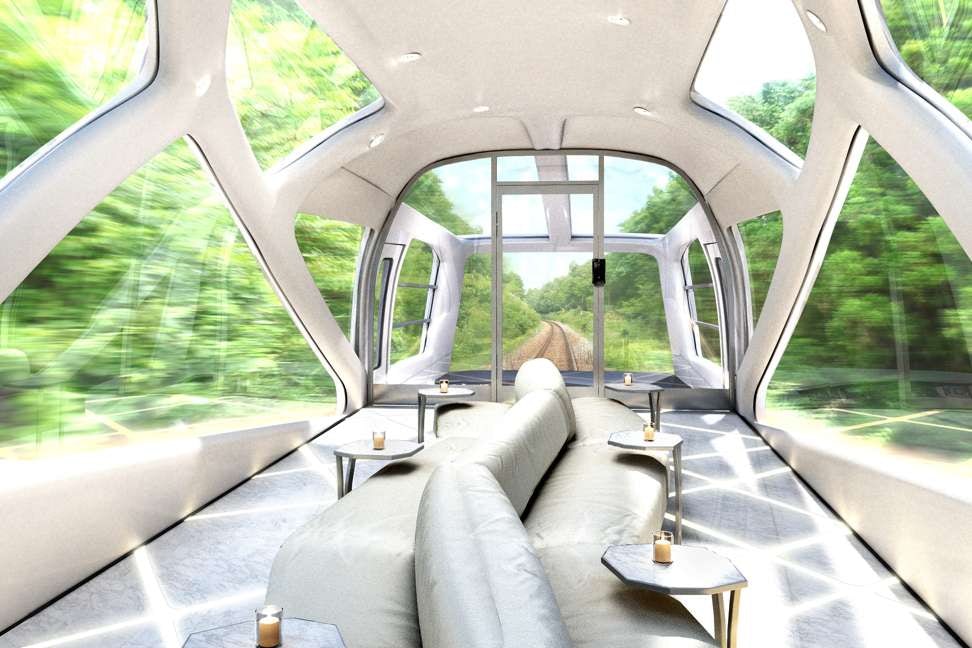 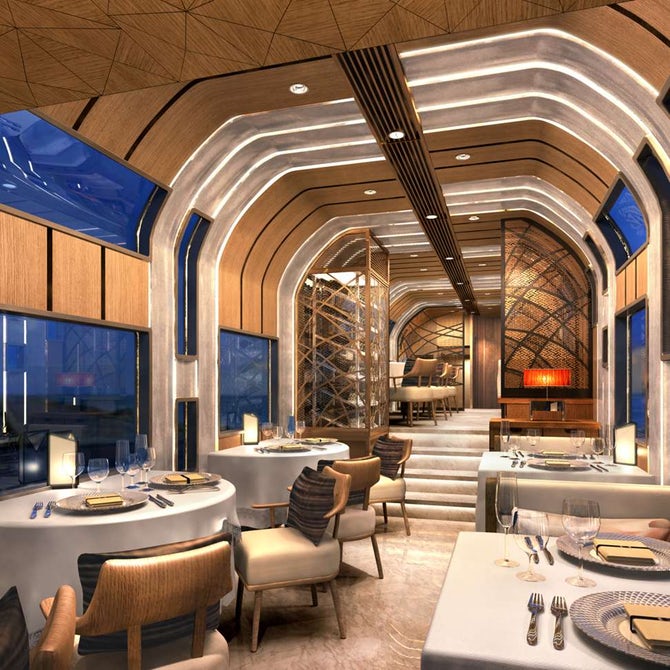 Japan is the country of advancing technology, so it is no surprise that their luxury trains look notably futuristic. Full of glass, the train offers beautiful views of the Japanese scenery as it flashes by. There is a lounge that is named after a forest, so the windows are shaped to look like the gaps between trees. Plus, there are observation cars at either end of the train and all of the compartments are suites, allowing for amazing views late into the night.

Fun Fact: This train can only host up to 34 passengers at one time, making it an incredibly exclusive train!

4. Budapest to Venice on the Danube Express

The social heart of the Golden Eagle Danube Express is the Bar Lounge Car, a great place to relax and settle into the unhurried pace of life on board. The train has recently added Superior Deluxe Cabins after a large refurbishment in 2014. There is a huge range of destinations and length of journeys available on the Danube Express, with stops including Budapest, Verona, Sofia, San Marina and Zurich. 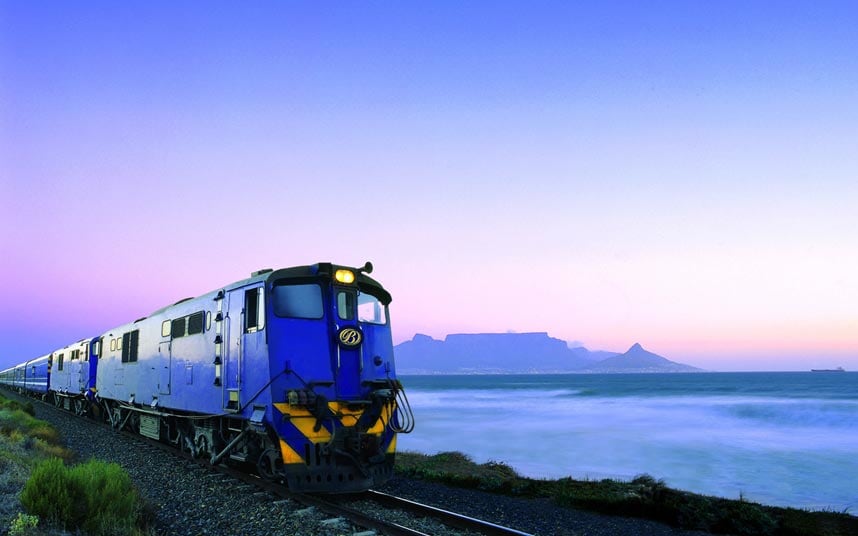 The Blue Train is a sleeper service that travels through the beautiful country of South Africa. Their flagship journey is from Cape Town to Pretoria, with an overnight stay on the train plus a full day of activities. The evening meal is a highlight, with local meats like Karoo lamb, ostrich and venison prepared perfectly by chefs.

Did you know? The entire train can also be chartered for private events such as conferences or celebrations, allowing the customer to decide on their itinerary.

Canada is well-known for having some of the most stunning natural landscapes in the world. The route of the Rocky Mountaineer goes through National Parks and mountain ranges to deliver views that will make your jaw drop. The Gold Leaf service offers seats upstairs with glass windows all around – even on the roof. The itineraries do not include sleeper service, but hotels are selected for you every evening after a delicious meal on board.

7. Royal Scotsman from Edinburgh to the Scottish Highlands 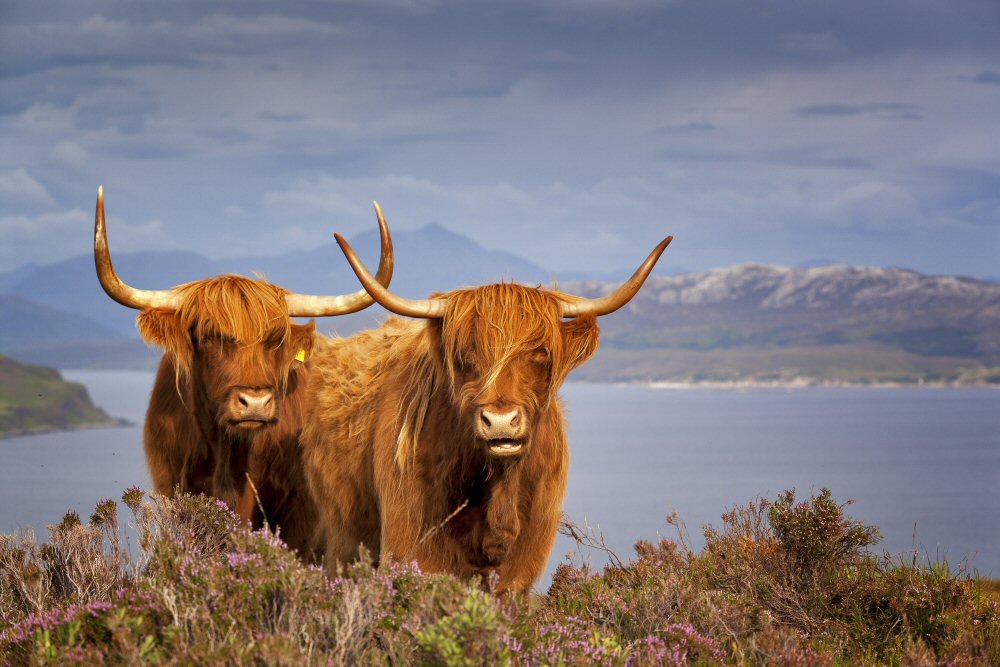 Travelling by train is the perfect way to appreciate the rural beauty of Scotland. Travelling from Edinburgh, the Royal Scotsman has a range of itineraries through rugged terrain to some of the most beautiful and remote parts of the highlands. Stops can include Glamis Castle, the Royal Yacht Britannia and the Isle of Bute.

What can I do onboard? Onboard, traditional Scottish breakfast is served daily, and local musicians and dancers perform each evening after a delicious meal. The Scotland trips usually range from three to seven days, so there’s lots of time to settle into train life. 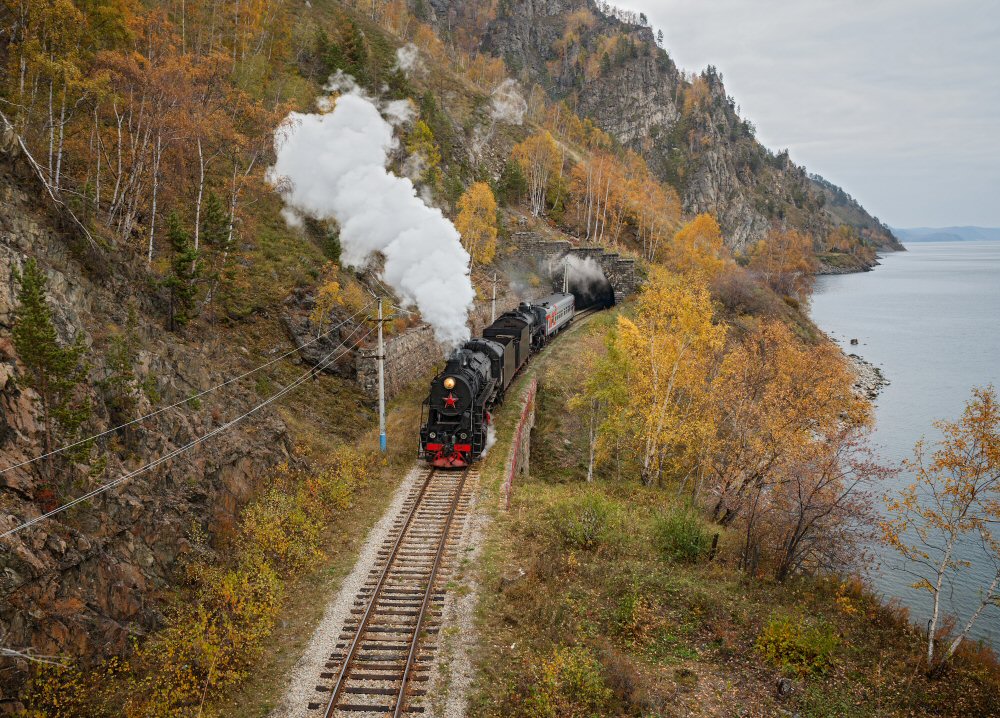 The Trans-Siberian is one of the world’s most iconic railway journeys, stretching across almost the entirety of Russia from Moscow to Vladivostok. On board the Golden Eagle train, there are three types of cabins, all with en suite facilities. There are lots of fascinating stops on the two-week journey, including UNECSO World Heritage Sites, one of the largest opera houses in the world and Lake Baikal, which holds 20% of the world’s freshwater.

9. Tour India on the Maharajas’ Express 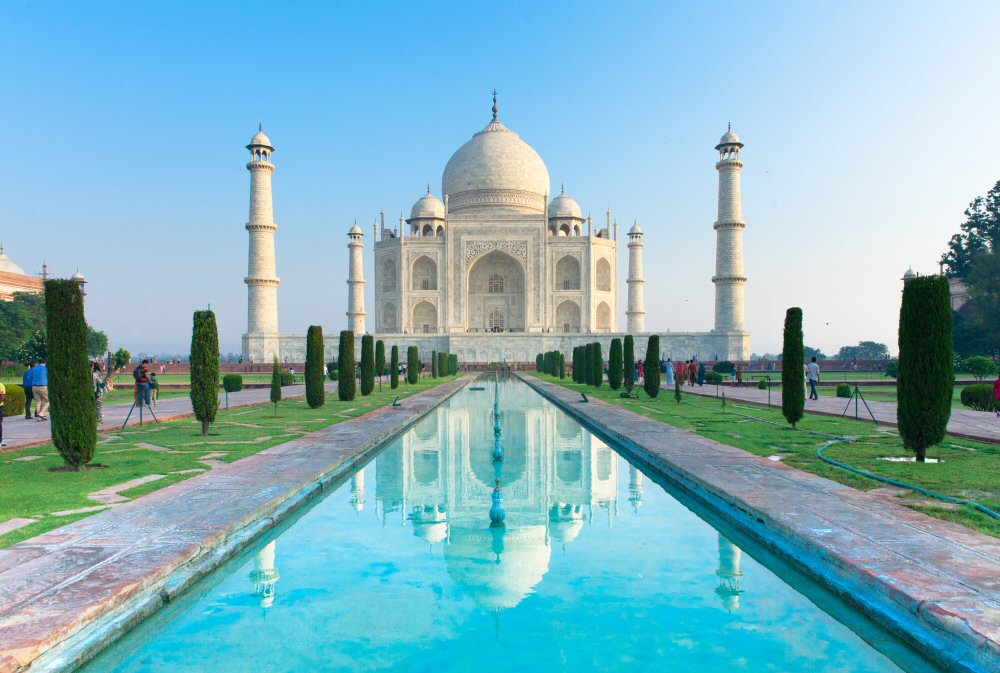 Maharajas' Express was named the World's Leading Luxury Train at the World Travel Awards for five consecutive years from 2012 to 2016. This India-crossing engine has many carriages and even two restaurants that serve a range of Indian and international cuisine. There are also two bars, and everything is set up to accommodate those who want a quiet evening and people that want to chat.

Main attractions: It is a great way to see some of the major cities and sights in India, including the Taj Mahal in Agra.

Take a day trip to an iconic UK destination aboard the British Pullman. From trips to Chatsworth House in Derbyshire to the villages of the Cotswolds, this is a day aboard a luxury train that you will never forget.