The world's most stylish places to live 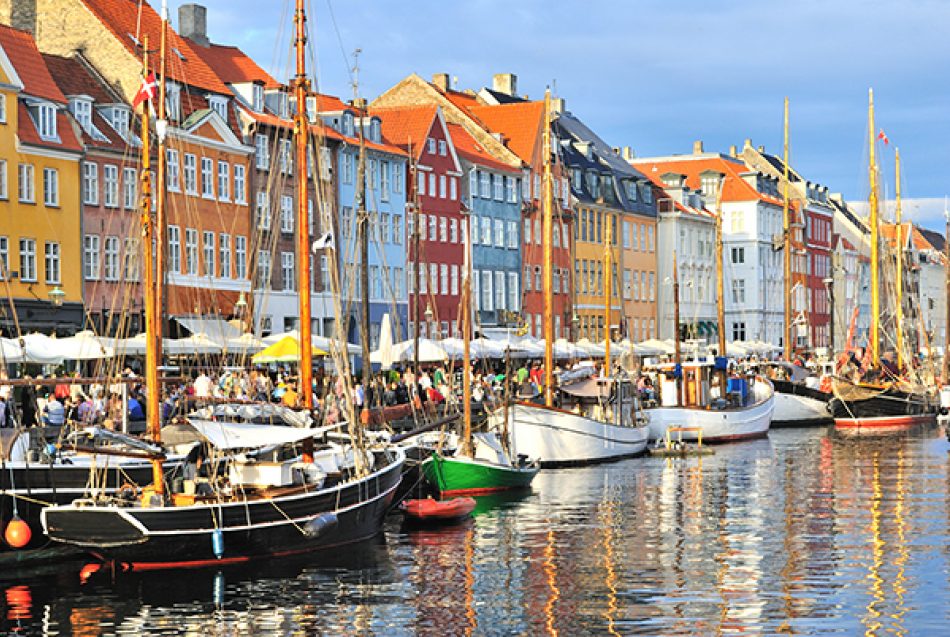 Many people look for a home based on the quality of culture and quality of life, but people are increasingly looking to live in the chicest places. But what makes an area trendy? Whether it is the pop-up shops and bars, the world-class museums and theatre, or the quirky new ideas, these places are the trendiest cities in the world.

New York City has always been known for being cool. New Yorkers are known for working incredibly hard, but also enjoying their leisure time in parks, at the theatre, and in artisan cafes.

Best borough: Williamsburg, just across the bridge that takes its name, is the place to be in 2017. It has everything you could need, from innovative restaurants and bars, to independent shops, food stalls and a market. It is definitely worth leaving Manhattan for.

Berlin is a city that is always evolving. Its history is rich, and sometimes raw, with recent memories of the division and war that defined the German capital in the 20th century. From the outside, it is a bustling metropolis, but at its heart, it still has an unpretentious charm.

Best borough: Kreuzkölln is the arty heart of this city. Art galleries and boutiques stretch down Reuterstraße, Hobrechtsraße and Weserstraße, attracting the young people that live nearby. The district includes a canal, and the waterside Ankerklause pub is a must-visit.

Known as Australia’s cultural capital, Melbourne is also thought of as the most European city on the continent. It has a sporting soul, with big fans of football, cricket and tennis to name a few. Plus, the Melborne F1 Grand Prix comes racing to the city once per year, often starting the season.

Best borough: The city has a diverse collection of inner-city neighbourhoods, and Fitzroy is coolest in 2017. It’s somehow a trendsetter without trying to be. They’ve been wild for artisan coffee and high-quality food for decades, and now it has spread to the rest of the world.

Copenhagen is known for its picture-perfect harbour, world-class restaurants, and embracing everything hygge – the Danish word for cosiness. The city and its locals are effortlessly cool, and cycling is the preferred method of transport.

Best borough: Over the last couple of decades, Nørrebro has evolved into one of Copenhagen’s hottest quarters with a multicultural mix and an influx of young locals. Sankt Hans Torv square is considered the center of Nørrebro and boasts a wide range of both shops, cafés and restaurants, including the only Thai Michelin restaurant in the world, Kiin Kiin.

Toronto is one of the most culturally diverse cities in the world, with over 200 languages spoken. Only half of the residents were born in Canada, making the city a melting pot of cultures. It is one of the safest cities to visit, and residents are known for being warm and welcoming. During the winter, ice skating is a popular pastime, but the summer months are when the city really comes to life.

Best borough: If you like boutiques, art galleries, and some of the city’s best people-watching, West Queen West is the place to go. It has completely changed over the last decade and has since been named as one of the world’s coolest neighbourhoods by Vogue.

Budapest might have the most breath-taking parliament in the world. The government building, sitting on the banks of the River Danube, is designed in the Gothic Revival style, and it certainly catches the eye. In the evening, the city’s popular ruin bars are a hotspot and in the day, the thermal springs are more popular as locals and tourists alike come to relax in the 30-degree waters.

Best borough: District VII is the Jewish neighbourhood, so there is plenty of kosher food to try. Street art can be found throughout the area thanks to a rehabilitation program started in 2013. Ruin bars are plentiful, as well as design shops and escape rooms.

There are few cities with as beautiful a backdrop as Cape Town, with Table Mountain framing the scene. You will find beautiful white beaches, lots of water sports in the Atlantic, and incredible wildlife. If nature is your scene, there is lots to choose from, from whale watching at False Bay to an authentic safari out of the city.

Best borough: Camps Bay is one of the most desirable areas, with restaurants, bars and shops along the pretty beach, framed by palm trees. It has a welcoming village atmosphere, but is only a 15-minute drive from the city centre.

Santiago is the largest city of Chile. It’s a bustling city, with 40% of the country’s population calling Santiago home. One of the highlights is the view of the city from the surrounding mountains. Seeing the skyscrapers silhouetted against snow-capped mountains is not a view to forget. It is a musical city, with lots of salsa dancing and a growing jazz scene.

Best borough: Chile’s capital is divided into comunas (districts) and then into barrios (neighborhoods). Bellavista is a bohemian barrio known for colourful street art, lively nightlife, and great views.

Seoul is truly a city that never sleeps. Many cafes and spas stay open all night, and the number of things to see and do could easily find you seeing the clock right the way around. The city has transformed from industrial to a technology-led metropolis that hasn’t forgotten its culture. Not enough? Seoul has the world’s fastest average internet speed.

Best borough: Hongdae is the trendsetting district of Seoul. There are pavement markets, street art, and lots of reasons to stay up until the early hours.

Dubai attracts people from all over the world to see their incredibly tall buildings and man-made innovation. Located in the desert, the climate can be unbearably hot in summer, but it still attracts the super-rich and those looking to make their fortune. Dubai does luxury like no-where else.

Best borough: Dubai has a trend for naming districts after what they are, so it is no surprise that the Dubai Design District is the coolest place to be in the city. It has pop-up exhibitions, fashion shows, concerts, and everything contemporary.

Are you looking for your dream home in a cool location? Click here to start your property search with Fine & Country.