Top 10 most unusual homes in Britain 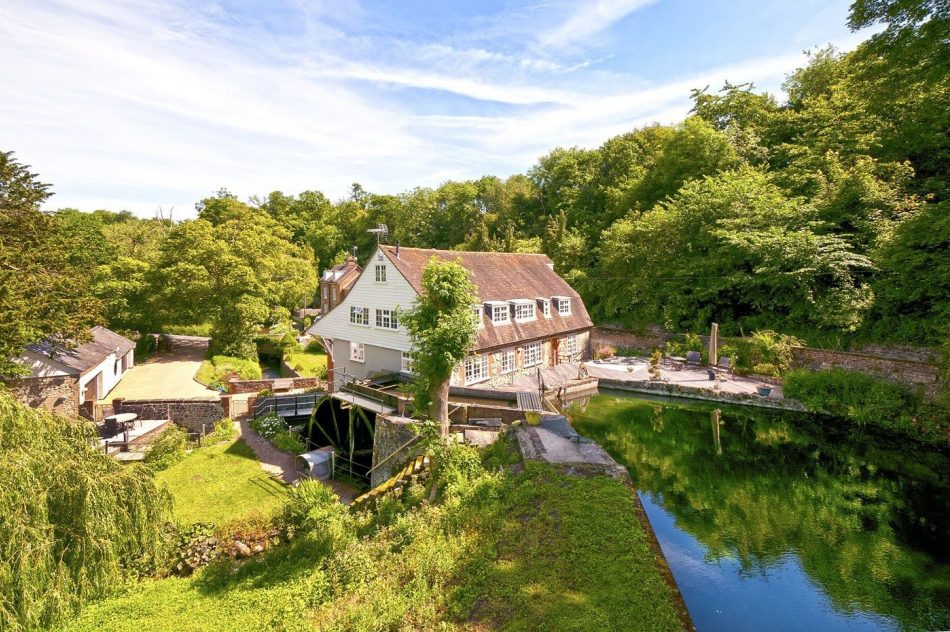 There's nothing like the authentic rustic feel of living in a home with the original beams exposed above you. Not only do they look fantastic, but they can also really add to the character of a house.

Recently, designers have tended to include beams in modern houses to try and give the impression of history, but there's nothing quite like the original. Fine & Country have lots of properties on the market with impressive exposed beams, from chocolate box cottages to imposing mansions. Here is just a taste of the properties with traditional exposed beams on the market.

This home is very different to the traditional chocolate box cottages that people normally think of having exposed beams. Instead, this Hertfordshire home has a large open plan living room with a huge triangular window, complete with beams across the ceiling.

This large barn conversion has lovely beams throughout the property. They are noticeable high above the lounge. The authentic design carries through into the kitchen diner, where beams run across the ceiling above a quaint country kitchen complete with an AGA and a small island.

This property is a traditional cosy cottage, complete with thick exposed beams. The beams aren't the only original feature that this former water mill boasts; it still retains the original mill stones, part of the winding gear and the original water wheel from back when it was a working water mill.

A beautiful detached black and white cottage, full of character and charm, dating back some 300 years situated in the centre of the popular North Herefordshire village of Yarpole. If the exterior isn't enough timber for you, then look inside for a beautiful rustic kitchen, complete with pots hanging from the beams and an AGA standing in pride of place on the hearth.

5. Beams on a larger scale

This huge six bedroom property is set in 2.8 acres of land, and yet the exposed beams inside help it to retain a cottage feel. The interiors are very modern, which contrasts with the history of the original barn. They are most notable in the bathroom, where the sleek black finishings contrast with the light brown beams in the ceiling.

6. Oldest home in the village

This house in Brookmans Park is believed to be the oldest home in the area, which means it has no shortage of history. There are exposed beams of one variety or another in nearly every room, from the thin beams on the ground floor to the stunning attic bedroom which is sure to make homeowners feel like they are in the rafters.

Just a stone's throw from the Welsh coast is this beautiful thatched chocolate box cottage. As you'd expect from the exterior, there are lots of traditional beams inside. The charming coastal village was originally part of the Penrice Estate with a rich history and is located at the southernmost point along the Gower Peninsula. For more properties from Fine & Country, visit our website.