Top 10 Places To Live In The Countryside 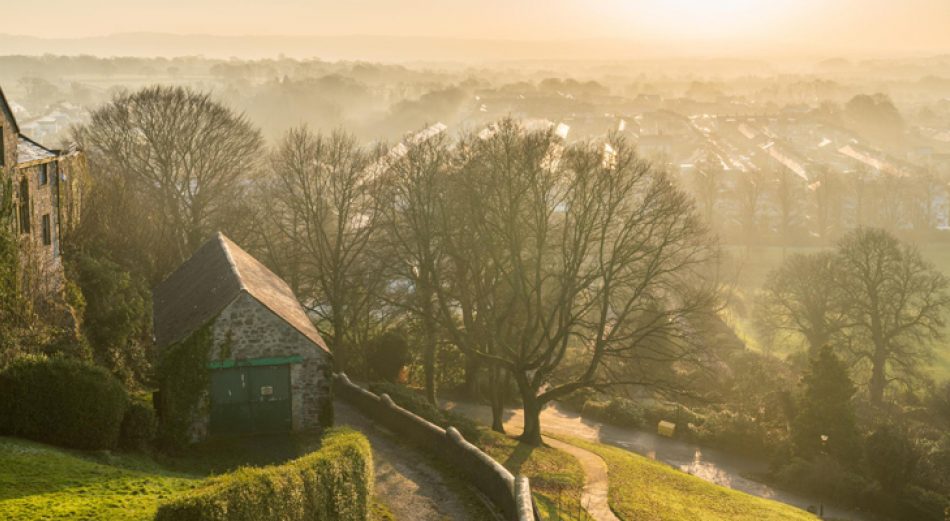 Ever dreamt of trading the hustle and bustle of city life for meandering country lanes, rolling hills and breaths of crisp fresh air? Year after year, many city slickers are choosing to give up their metropolitan lifestyles in search of something a little more laidback and scenic. We search the UK to find ten of the best countryside locations to turn over a new country leaf. 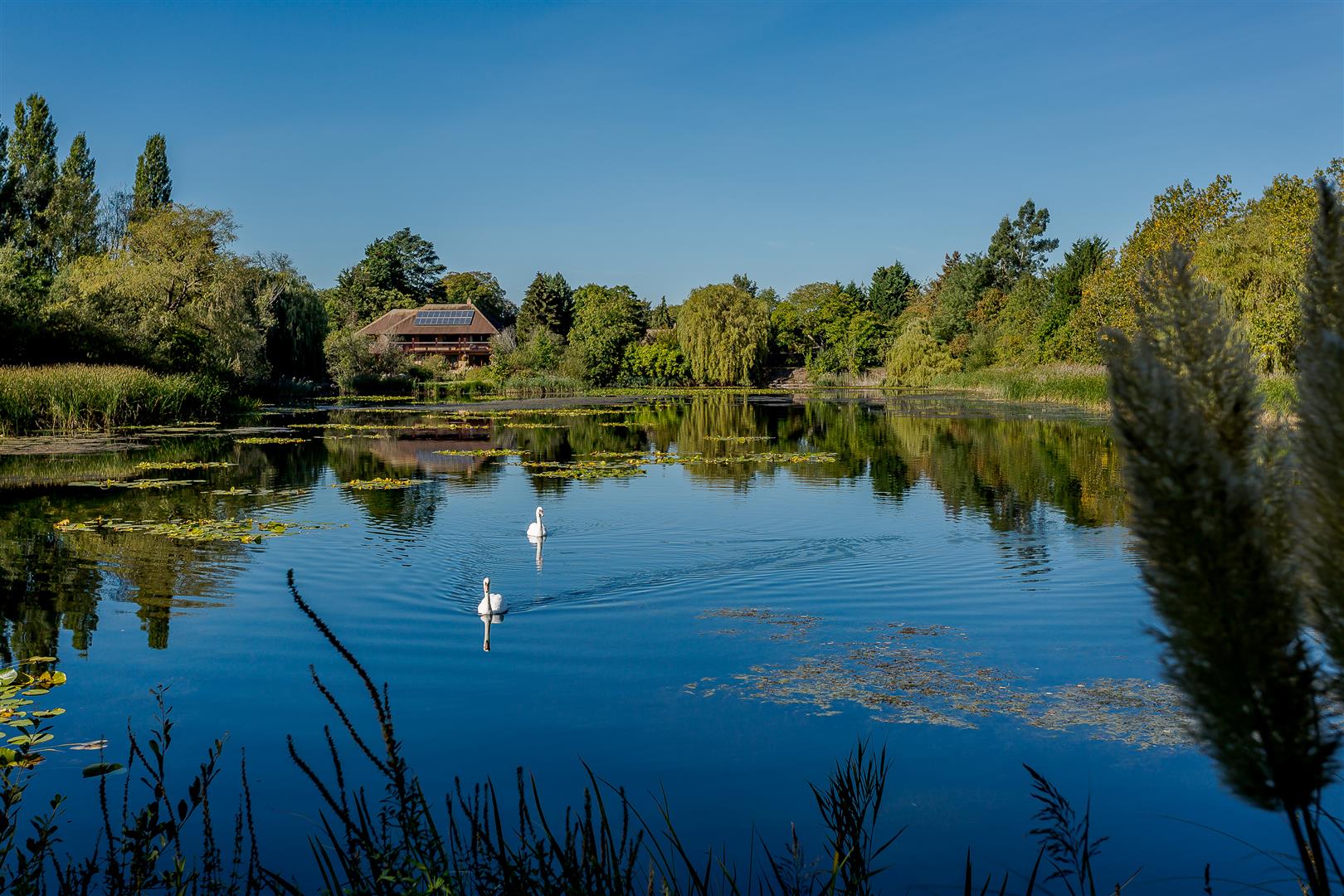 Approximately four miles from Huntingdon is the village and civil parish of Hemingford Grey, one of Cambridgeshire’s most sought-after addresses. According to Laura Thompson from Fine & Country St Neots, though idyllic, the location lacks nothing in convenience. “The Hemingford Pavilion sits in the heart of Hemingford Grey and Hemingford Abbots, with sports facilities, clubs and classes, conference room, small cinema and bar. Hemingford Grey also boasts ‘The Cock,’ Gastro Pub, awarded Cambridgeshire Dining Pub of the Year for 2017 and in the Top 10 UK Pubs for 2018 (Good Pub Guide). Other draw cards include the Parish Centre which hosts the monthly ‘Hemingford Village Market’, as well as the Manor House and Gardens which is open to the public and also hosts an open-air theatre.

Hemingford Grey, with an overall average price of £407,262 is more expensive than St. Ives but is cheaper than Hemingford Abbots. 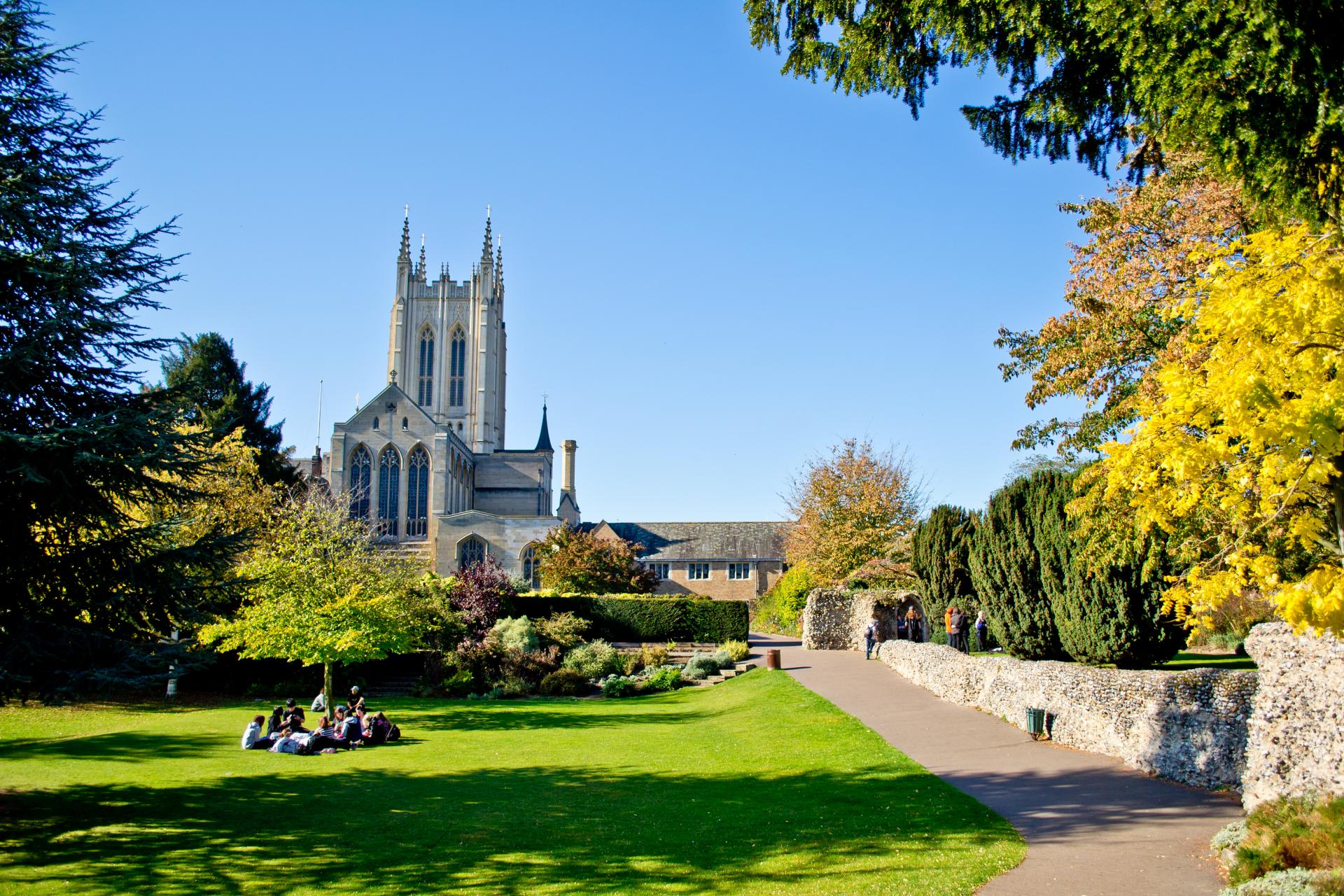 So, what does Bury St Edmunds have going for it? Richard Meyerowitz from Fine & Country Bury St Edmunds said: “The streets of Bury are a catwalk for the architecturally curious. Suffolk-pink painted 16th-century cottages, knapped flint, half-timbers, weatherboards, Georgian townhouses and orange brick walls blazing in the sunshine. Perhaps one of my favourite things about the area is it still has a traditional Wednesday and Saturday market with plenty of local produce available from butchers, fishmongers and grocers.” 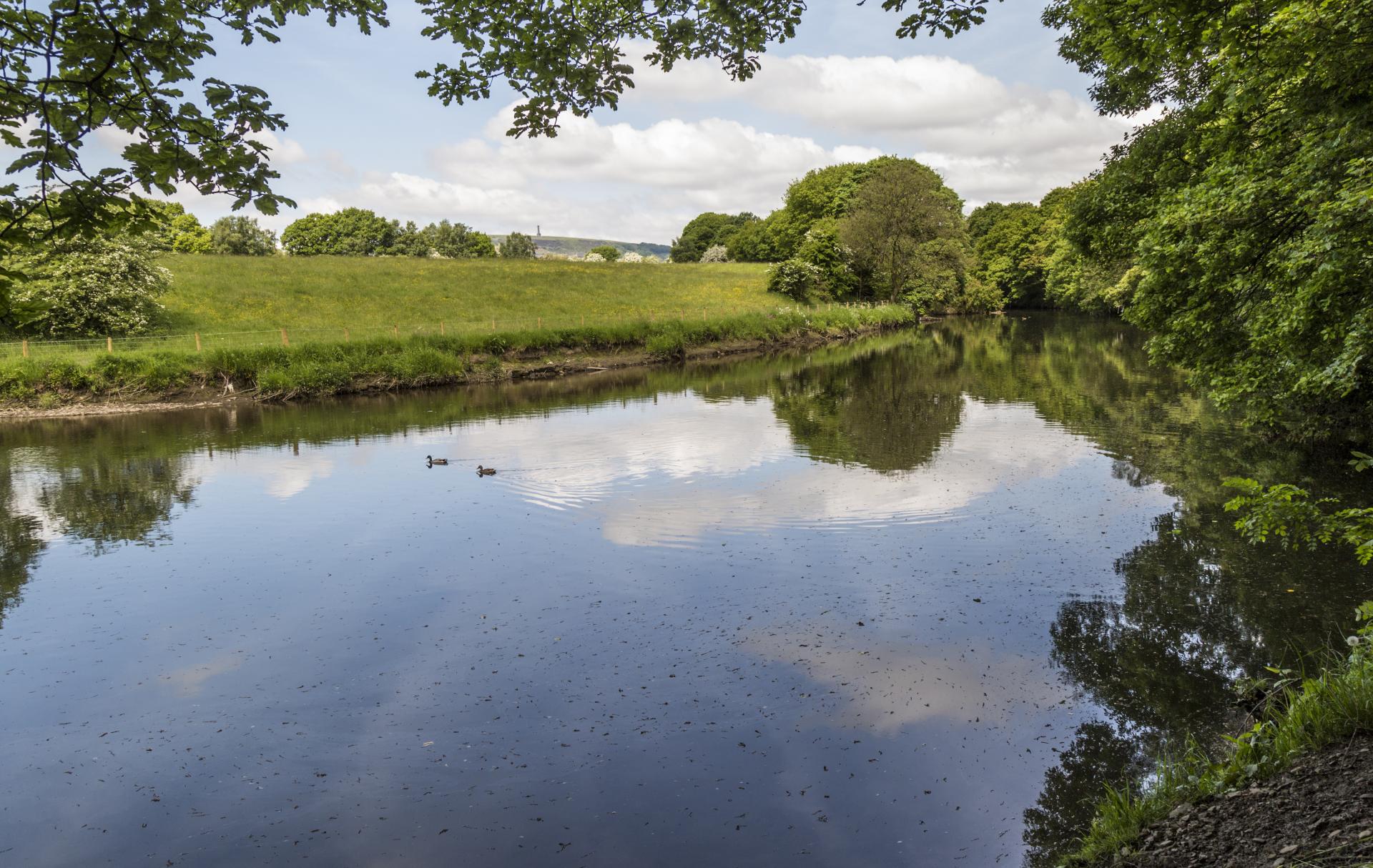 Tucked away in the rolling hills, north of Bury and Rochdale, Rossendale is the place to be if you want to get away from it all. Peter Farrow, from Fine & Country Rossendale, said: “Rossendale Valley is something of a hidden gem on the fringe of Greater Manchester, less than 40 minutes from the City Centre and with an express bus route providing a great public transport link too.”

He adds that there is a huge range of amenities within the area, together with some outstanding natural settings and several reservoirs, with walks and bridleways littered with views from elevated hillside viewpoints. Adding to that, there is plenty for residents to do with the Rossendale ski slopes, different swimming baths, parks and superb restaurants and pubs.

Properties in the area range from £40,000 one bed back-to-back properties to over £1 million character or high-spec modern homes. 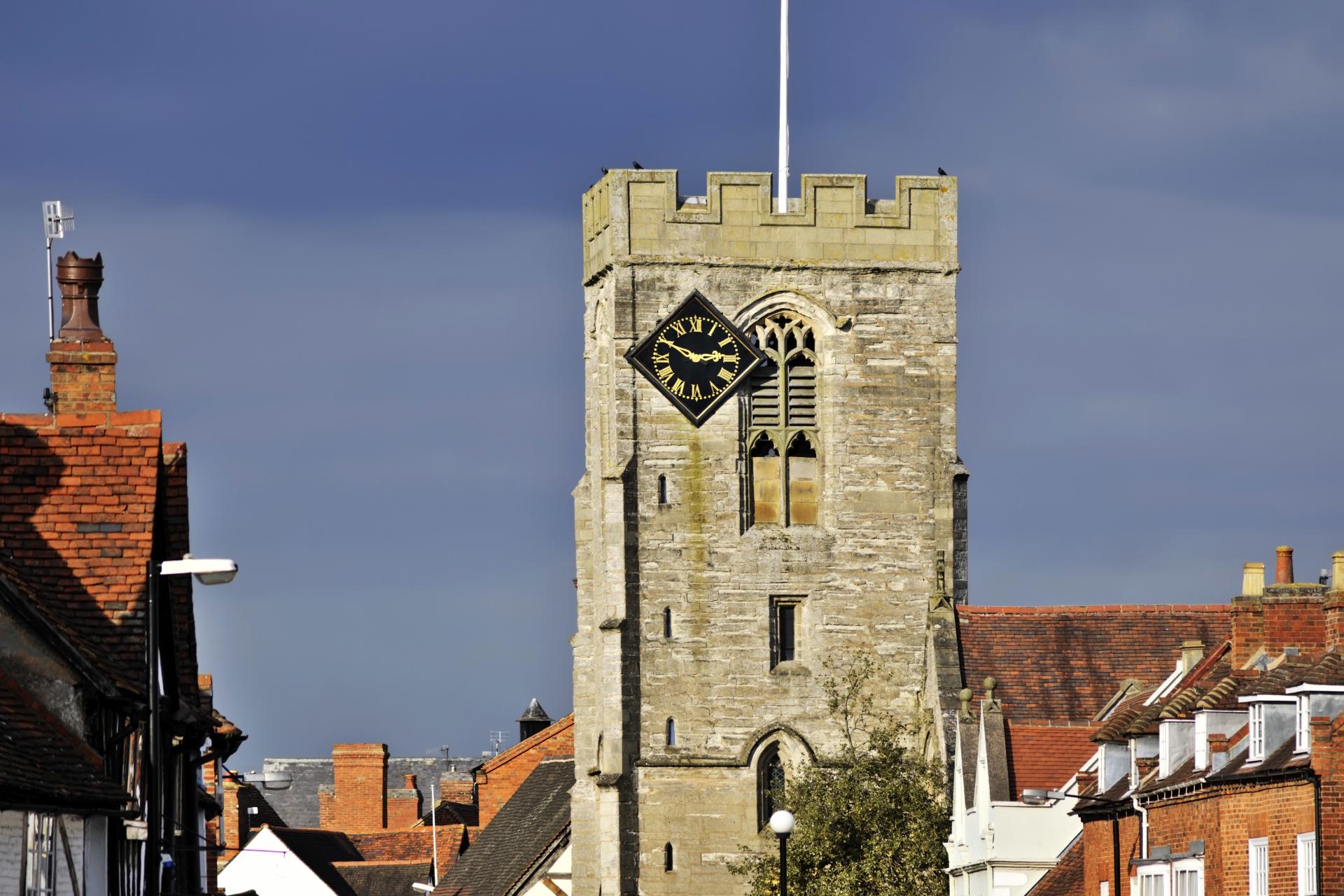 Also known simply as Henley, Henley-in-Arden is a picturesque Warwickshire village. According to Martin Grant of Fine & Country Solihull, Henley provides the perfect countryside home with amazing views over the hills and fields that go on for around 26 miles towards Worcester. “On top of the amazing surroundings, you also get fantastic transport links into Birmingham and London via road and train,” says Grant.

Last year most property sales in the area involved detached homes which sold for on average £657,598. 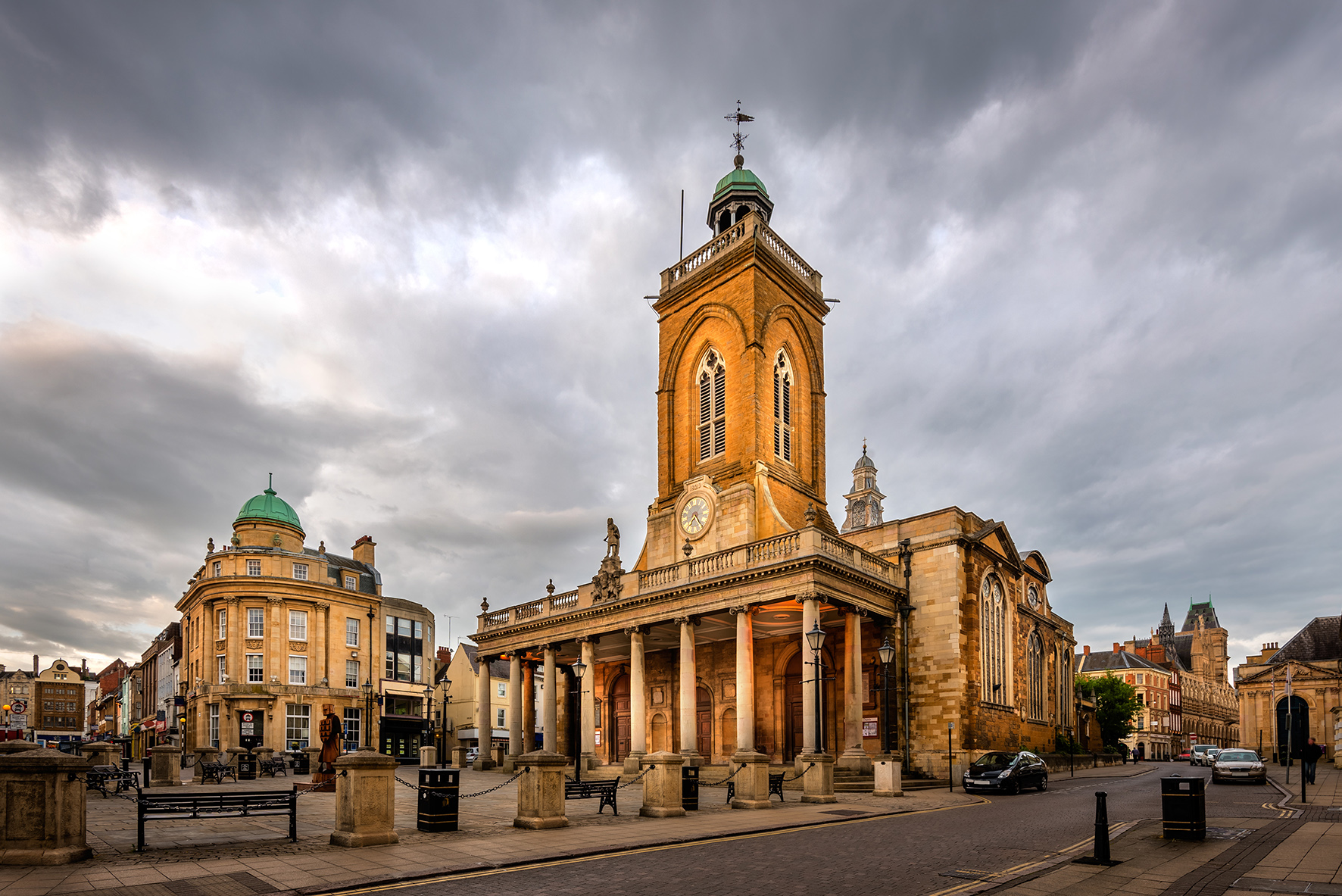 Northamptonshire is a stunning county with many historic market towns, villages and is ideally located for commuting with London just 55 minutes away by train. After living in London for 30 years, Fine & Country Northampton Partner, Jonathan Lloyd-Ham, moved to Northampton two years ago. “The best thing has been the great countryside and the house I bought which is a 17th-century manor house. I sold a terraced house in London and bought a bigger house for a lot less money. This was the decider for our move,” says Lloyd-Ham.

While the average property selling price of detached homes in Northampton has increased by 6% over the past year, the area still offers far more for your money than London. 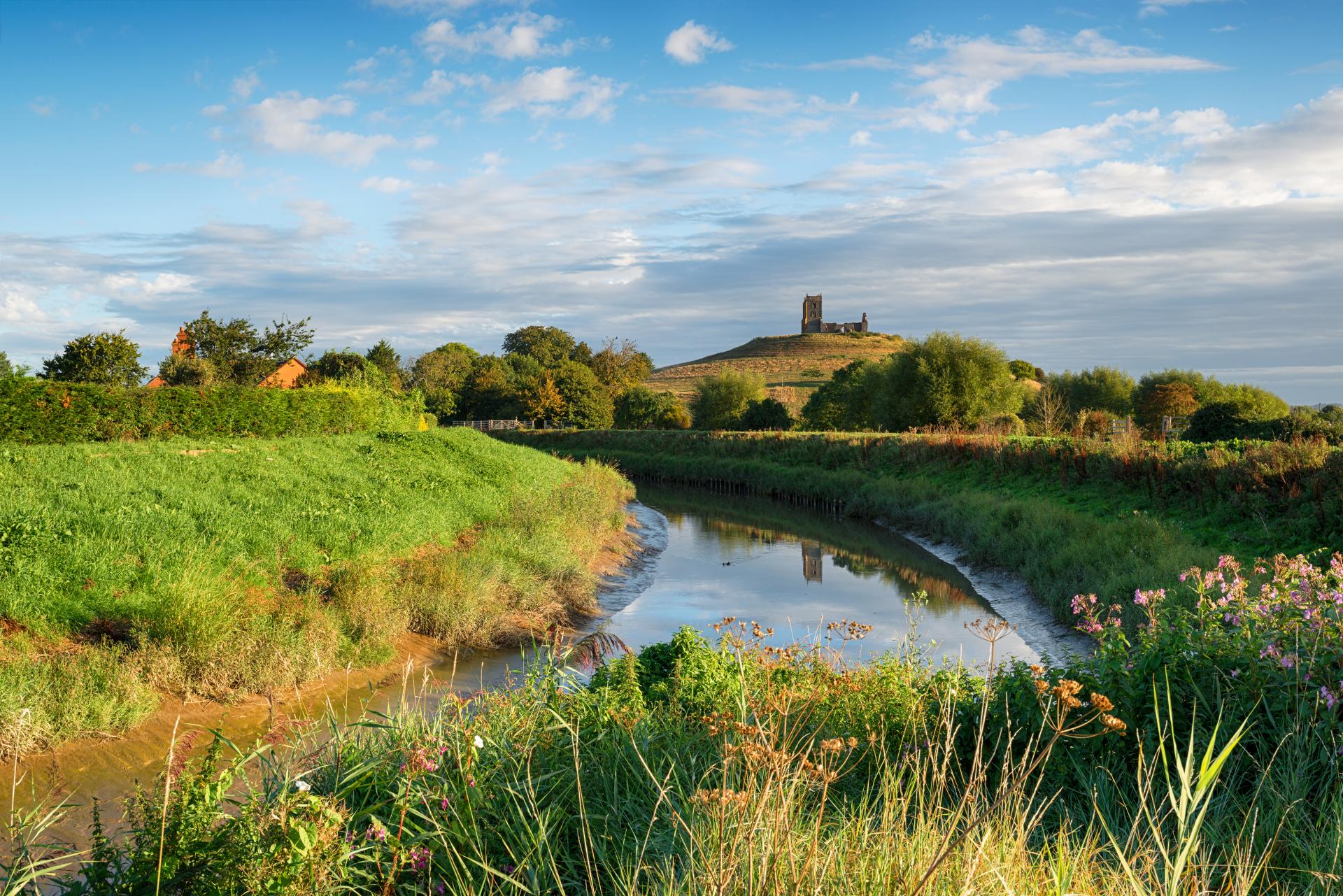 “Where in the world is Wiveliscombe?” - Winston Churchill. His question, when national treasures were removed from the capital during the blitz. Bruce Keay from Fine & Country Wiveliscombe, answers the question saying: “Located between Exmoor, the Brendon Hills, the Quantocks and the Blackdowns, at the western end of the Vale of Taunton Deane. Simply beautiful.”

Most of the sales in Wiveliscombe over the past year were terraced properties, which sold on average for £210,027. 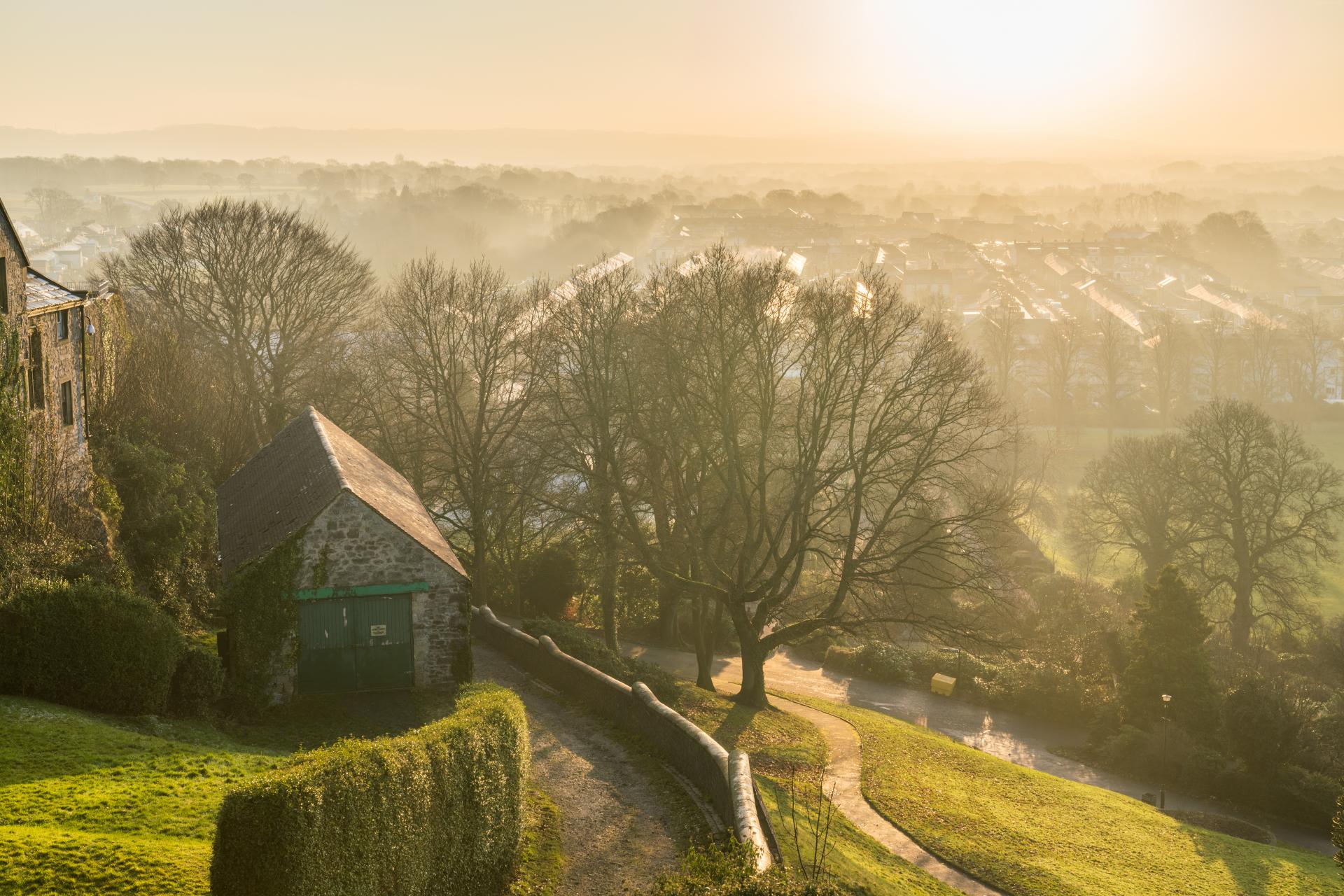 The Ribble Valley is well placed for commuting with all East Lancashire centres within easy reach. According to Jason Preston from Fine & Country Ribble Valley, the area is a renowned ‘Foodie Heaven’ with excellent pubs and restaurants, many of which are set within the Area of Natural Outstanding Beauty (AONB) of the Trough of Bowland. This is an affluent area with a café culture and rural heritage.

As one of the most desirable places to buy a property in the North West of England, Ribble Valley property prices have outstripped other areas in Lancashire. On average house prices in the area are around £53,000 above the North West regional figure. 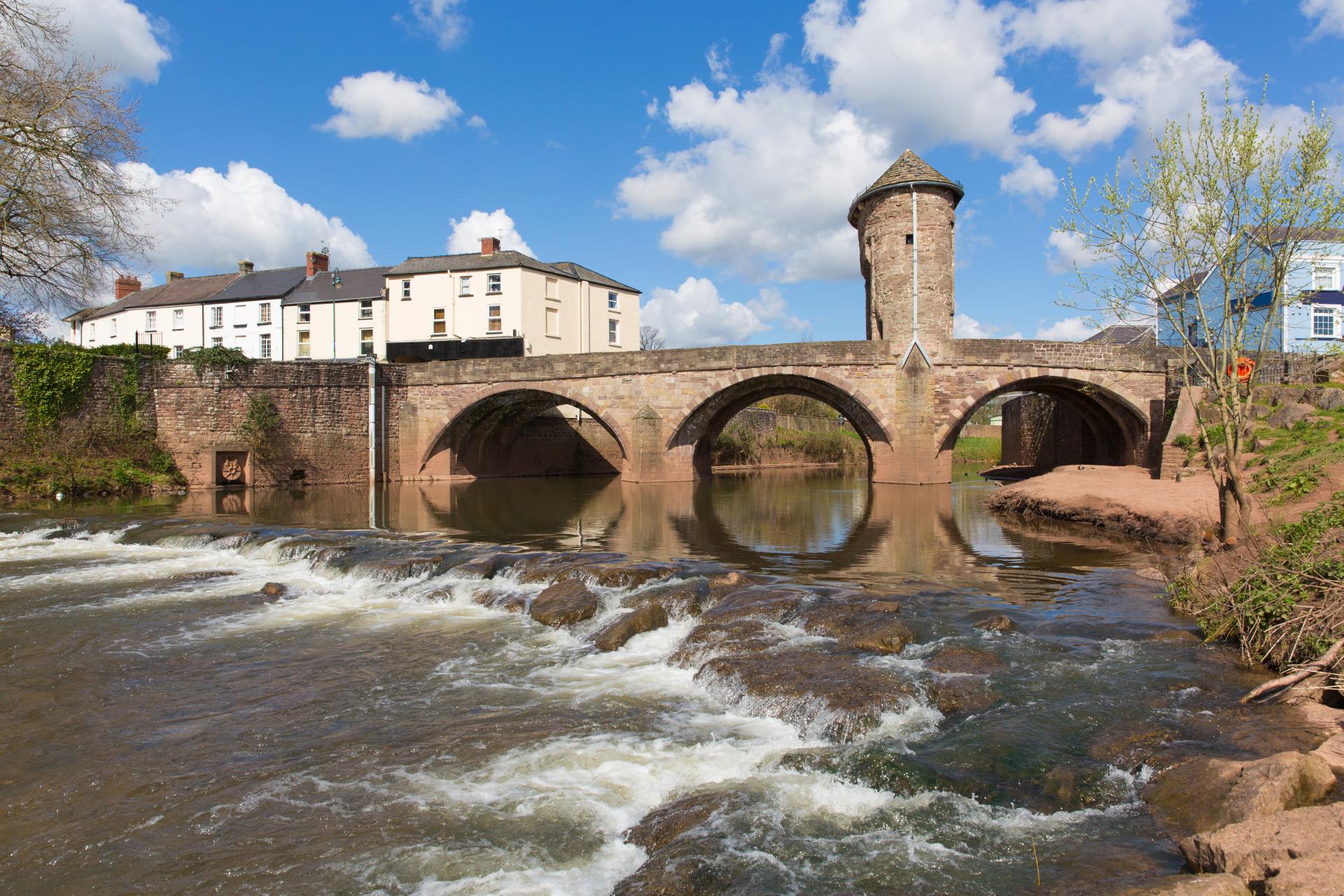 The south-east Wales county of Monmouthshire is made up of several beautiful villages and towns such as Abergavenny, Caldicot, Chepstow, Monmouth and Usk. Living and working in Monmouth, Katie Garn, Sales Negotiator at Fine & Country Monmouth, said: “I personally feel that Monmouthshire offers the best of countryside living. We are lucky enough to have fantastic scenic walks on our doorsteps that run for miles along different rivers, as well as the famous Offa's Dyke National Trail. The majority of the land surrounding the town is made up of farms and smallholdings with breath-taking panoramic views all around. My favourite thing about Monmouthshire would have to be The Kymin, the building and land surrounding it is owned by the National Trust and has links to Lord Nelson and Lady Hamilton. It is walkable from Monmouth town and it has the most beautiful views across the majority of Monmouthshire.”

The overall average price of property in Monmouth is £269,938, which is cheaper than nearby Whitebrook, Cwmcarvan and Trellech. 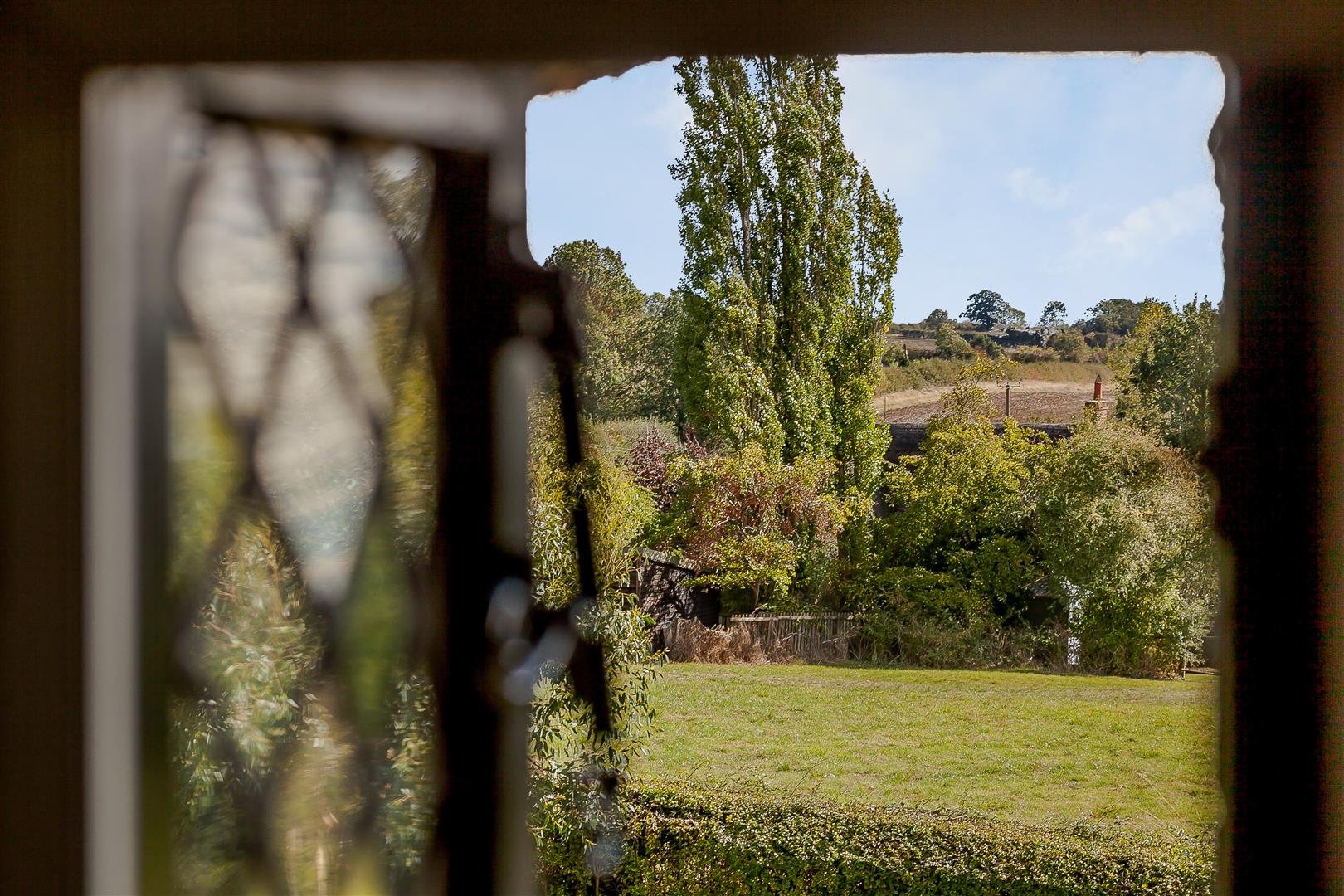 Situated just three miles from Buckingham is the award-winning village of Padbury. This picturesque village is mentioned in the Domesday book and has streets lined with thatch cottages and period buildings with delightful countryside walks on the doorstep. “With a great community, all you need to do is pop to the village butcher’s, Padbury Meats with deli inside, for food for your supper,” said Saul Roux Scrivener, Associate at Fine & Country Banbury.

Over the past year, the overall average price of property has decreased by around 5% in Padbury. However, despite this decline, the average price of £485,438 is more expensive than Buckingham, Steeple, Claydon and Great Horwood. 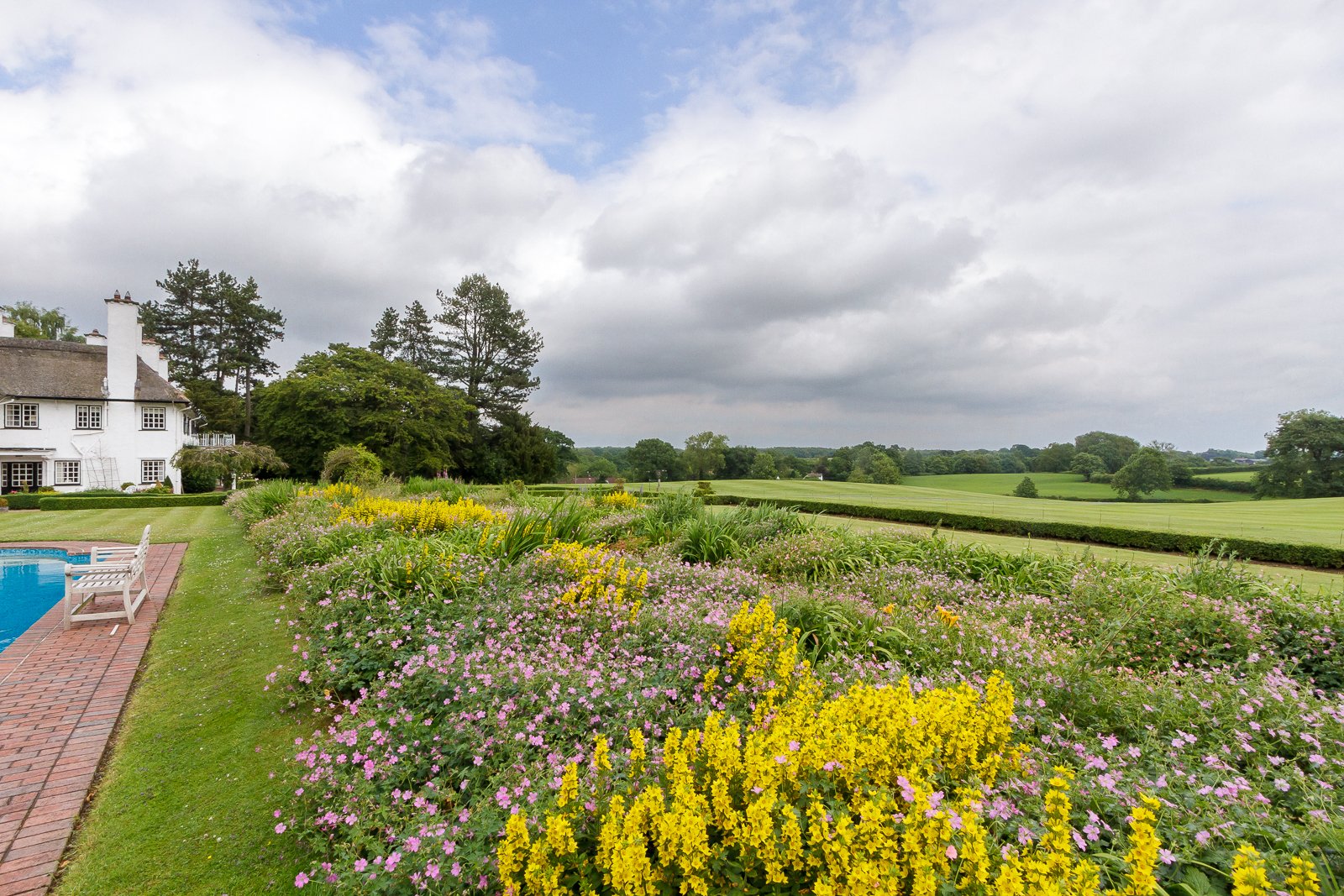 Located in the local authority area of Cheshire West and Chester in rural Cheshire, Tarporley is considered to be one of the county’s most attractive villages. Robert Reed from Fine & Country Tarporley, said: “Tarporley combines so many impressive attributes - a beautiful Georgian High Street, delightful individual property and the 2400-acre Delamere Forest within a few minutes’ drive.”

In 2017, most property sales in Tarporley involved detached properties which sold for on average £482,802.