What next for the UK housing market? 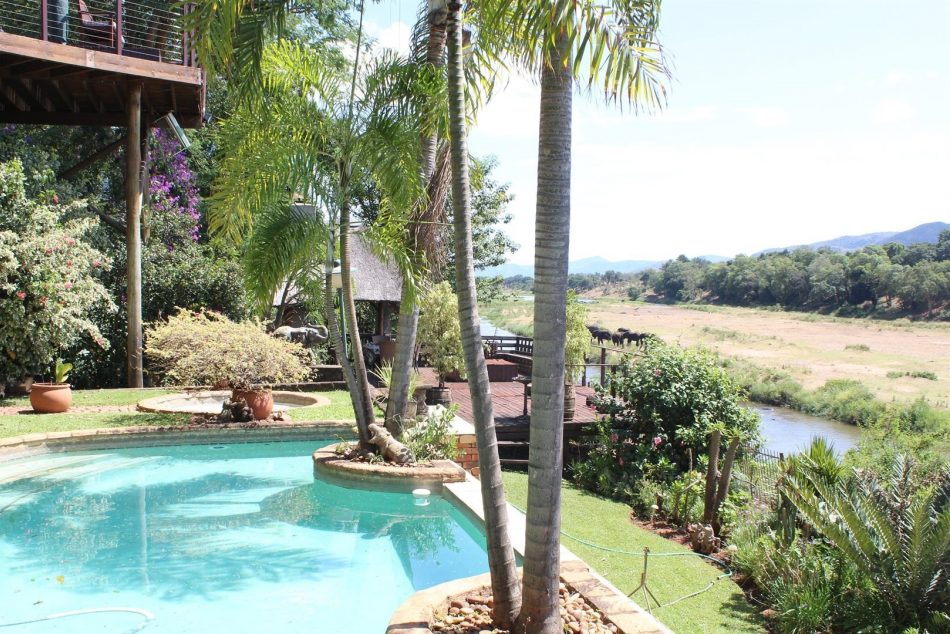 All of the UK market felt uncertainty when the result of the EU referendum was announced. Lisa Preece from the Fine & Country Media Centre talks to agents across the country and discovers that things are looking up for the housing market. 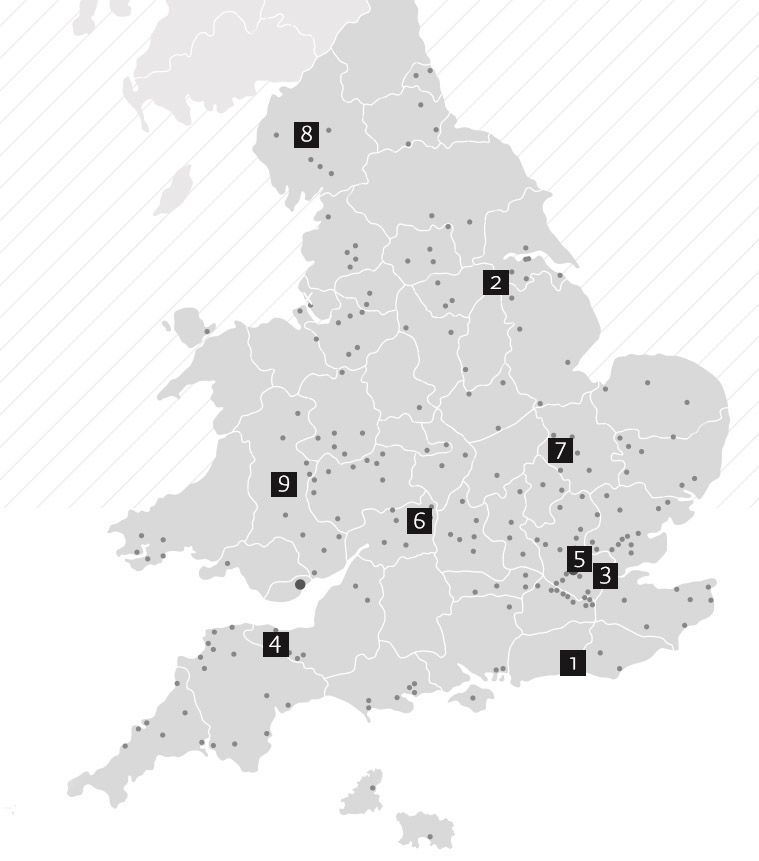 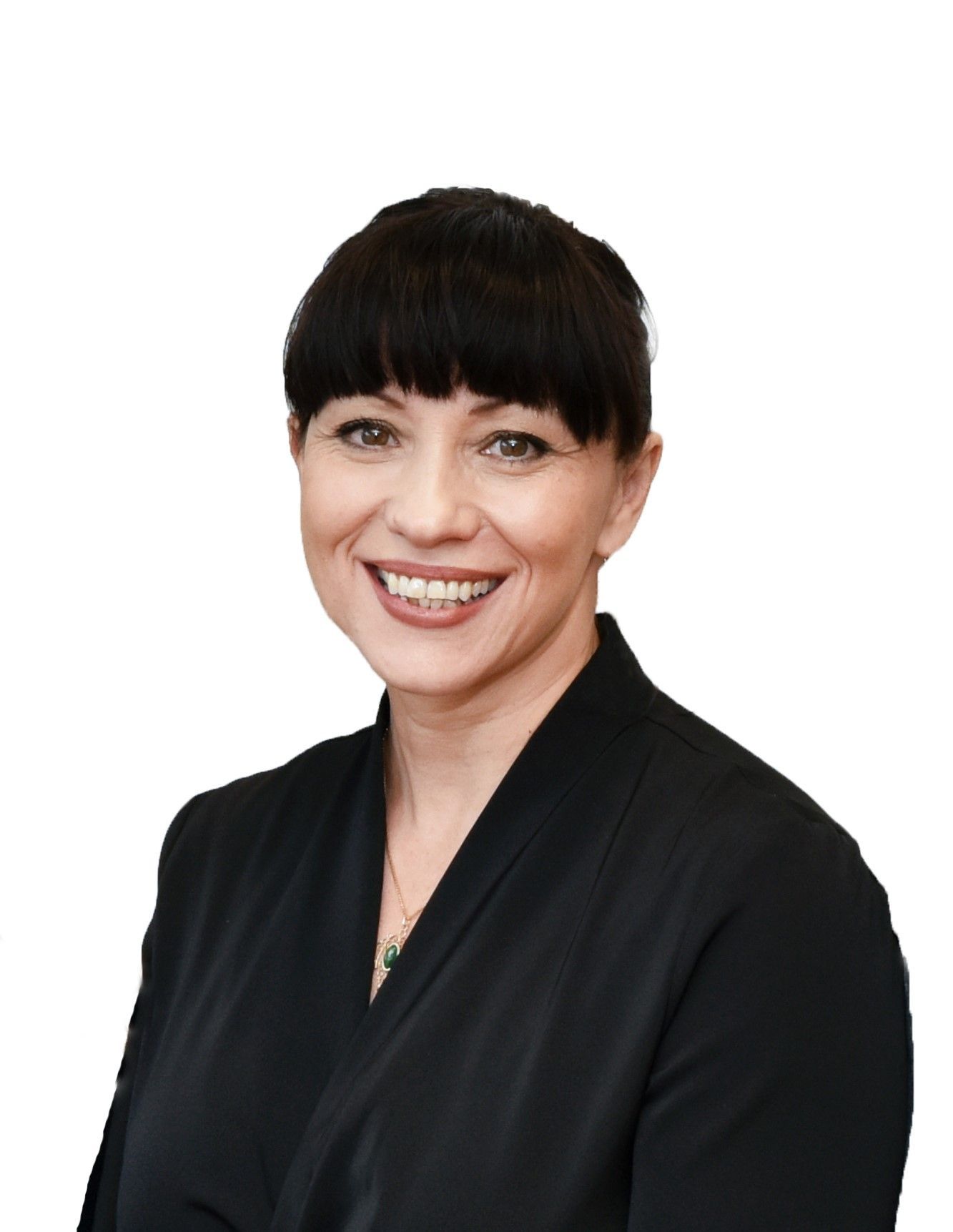 We have found that the market has been reasonably confident so far in 2016, with Fine & Country selling more houses over £1,000,000 since January 2016 than any other agent in Brighton and Hove. Whilst we have seen some growth in the upper quartile for the first time in a long time, vendors still have to be sensible in their asking prices. We tend to do a lot of thorough research in order to value responsibly, resulting in trust and consequently sales.

Brighton and Hove has such a lot to offer culturally; it is extremely popular for commuters to London, families and young adults, academics and retirees - especially moving from London, Oxford and Cambridge, where comparatively their money goes further when buying property.

Brexit has stunned the town where the majority voted to remain but so far no transactions have fallen through and movers still want to move. While borrowing remains relatively cheap, and is possibly set to get even cheaper, there is no sign yet that property prices will fall. 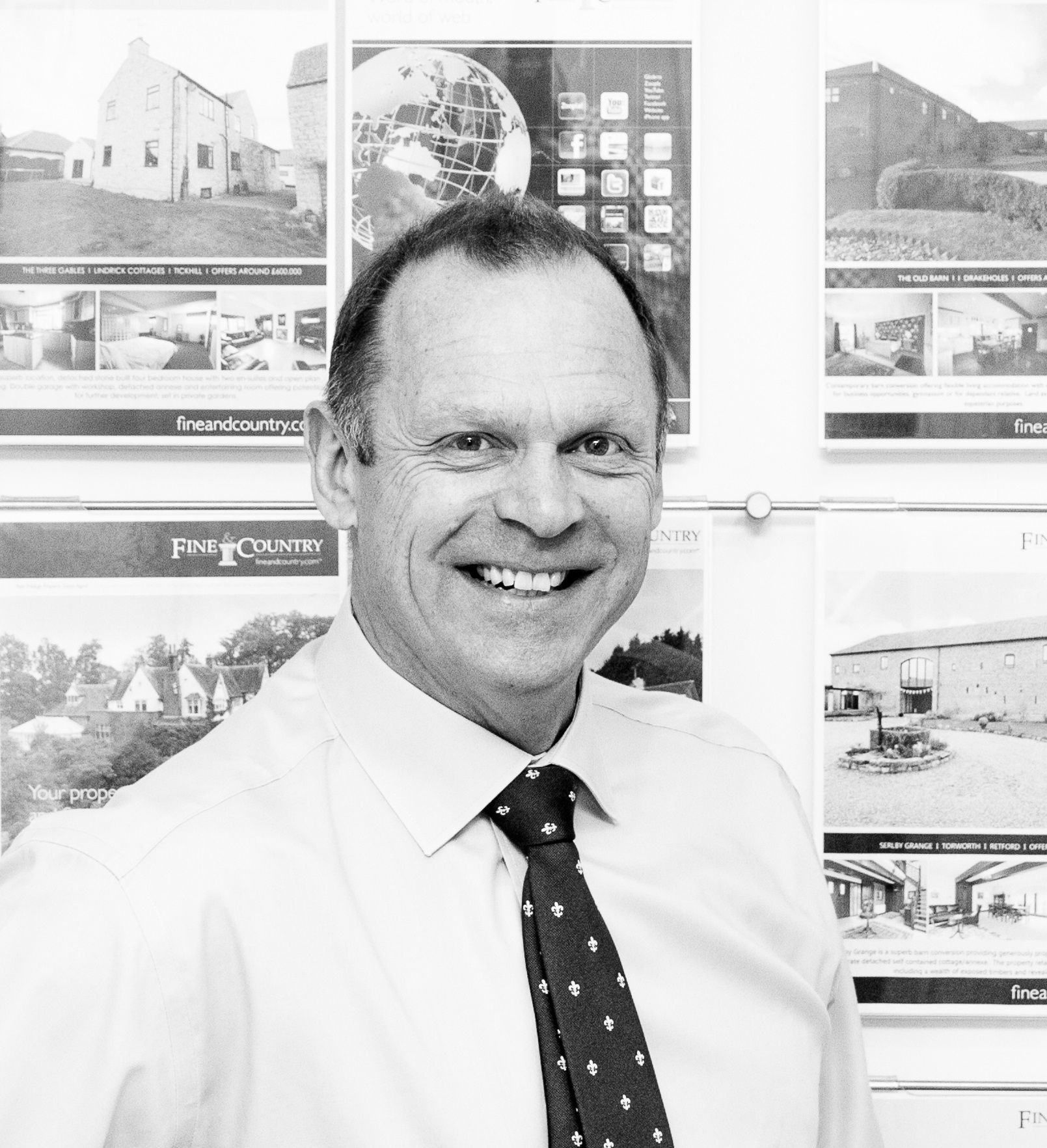 It has been a strong year so far for property in Doncaster and North Nottinghamshire so far, with the mid-upper end sector of the market being our strongest for sales.

Despite a quiet period in the run up to the referendum, Brexit fears seem to have been exaggerated as there has been little impact to the property market in our region. There have been no mass fall through in sales, and both buyers and sellers returned to the market almost immediately.

There is also increasing investment in the area; a new European Tour backed Golf Resort has been proposed, as well as the FARRS regeneration scheme which has already seen the completion of the Great Yorkshire Way linking the M18 to A638 just a mile outside Doncaster's Robin Hood Airport. The second phase of the scheme will link directly to the departures gate, as well as a huge distribution centre and 1,200 new homes in Rossington, so it’s a great time to move to the area.

As with the majority of London boroughs, Tower Hamlets has achieved yet again another year of record breaking house prices. The first quarter of 2016 has reached an average of £695 per sq ft for a property which is a yearly increase of 4%. The housing market did take a hit with the stamp duty hike in April, but it was not too long before the market balanced out.

Brexit has been another hurdle, however the property world has been resilient - particularly in the E14 postcode. The London property will always maintain its high demand and I expect Brexit to affect the east London market minutely, but the rest of 2016 will see normality pursue.

The tower of hamlets is characterised by having a relatively young population with half being under 39 years of age, therefore there is a significant proportion being first time buyers. 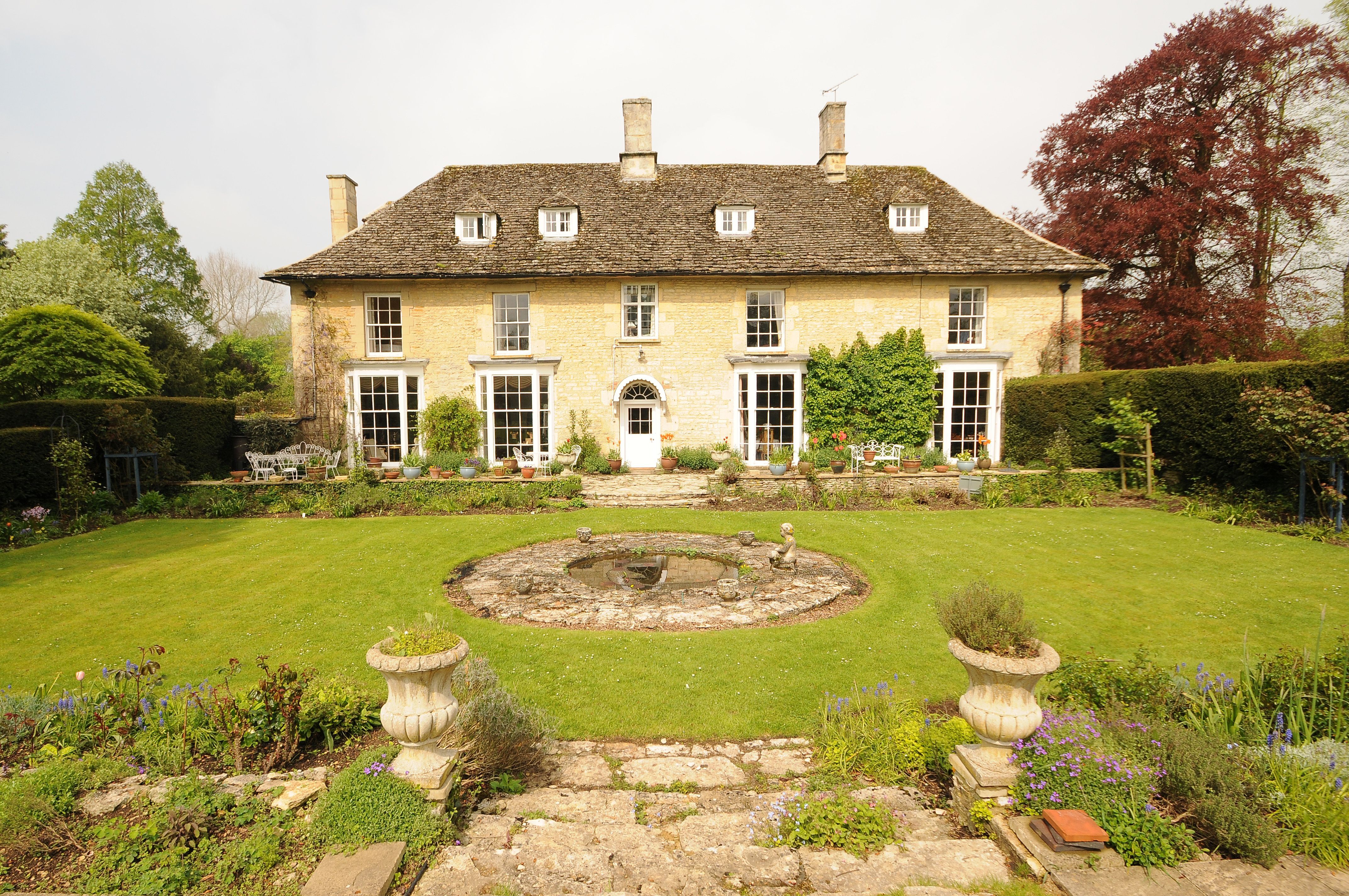 Following the momentous decision of the Great British public to leave the EU back in June, we are pleased to note that the market is moving as normal. Honestly, the property market for the Exmoor National Park and surrounding areas are very much as they were. We have seen a particularly strong 2016 in the upper market from £500,000 upwards, and this has continued since the referendum vote.

We have had a number of properties where we have agreed sales before they have even hit the market with the most recent being in the £600,000 and £1,000,000 price brackets. We attract many buyers from the South and South East who are moving for a lifestyle change and when you compare the prices in the West Country to the South East, it shows incredible value for money.

As we look forward, I expect this trend to continue as home owners will always need to sell and buy and with demand still strong, this will only breed confidence to the overall property market in the long term. 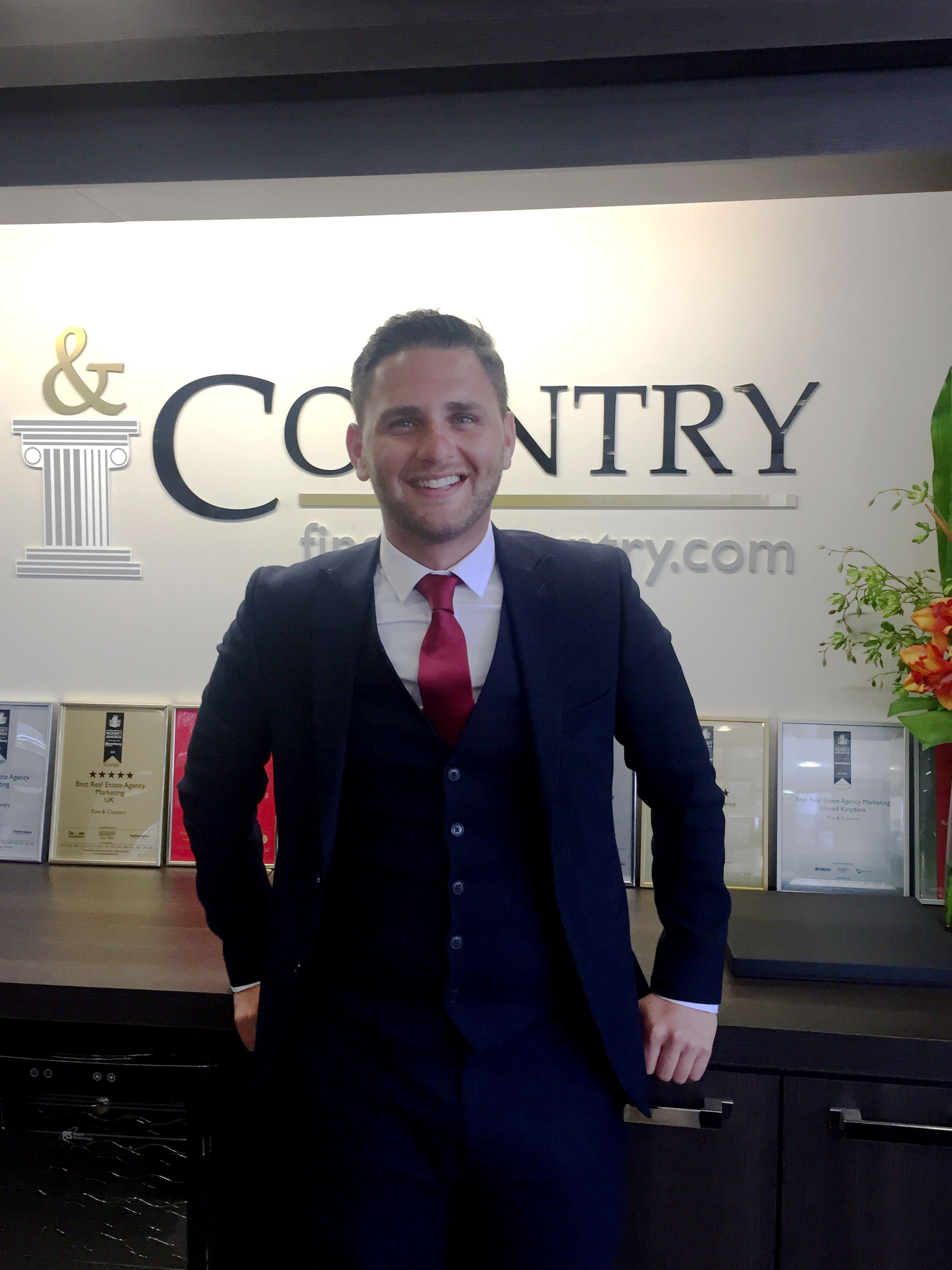 A few months ago we opened the doors to our East London branch for the first time, and now, nestled in the heart of Bow, we’re enjoying the wealth of opportunities this area’s property market has to offer.

Prior to the referendum the market was showing fantastic promise and so far, we remain positive that the rise in property prices will continue. The rise in demand for properties in the area has paved the way for increased value.

The epitome of an east London flat is a conversion, whether it be a wharf, warehouse or Victorian, the quirkiness of East London ensures that its residents focus on the unique features of each property. The diversity of east London, and the multicultural societies we are surrounded by, as well as the night life and the restaurants have encouraged so many exciting changes in the past 16 years and people can see the potential to grow and change with the area. 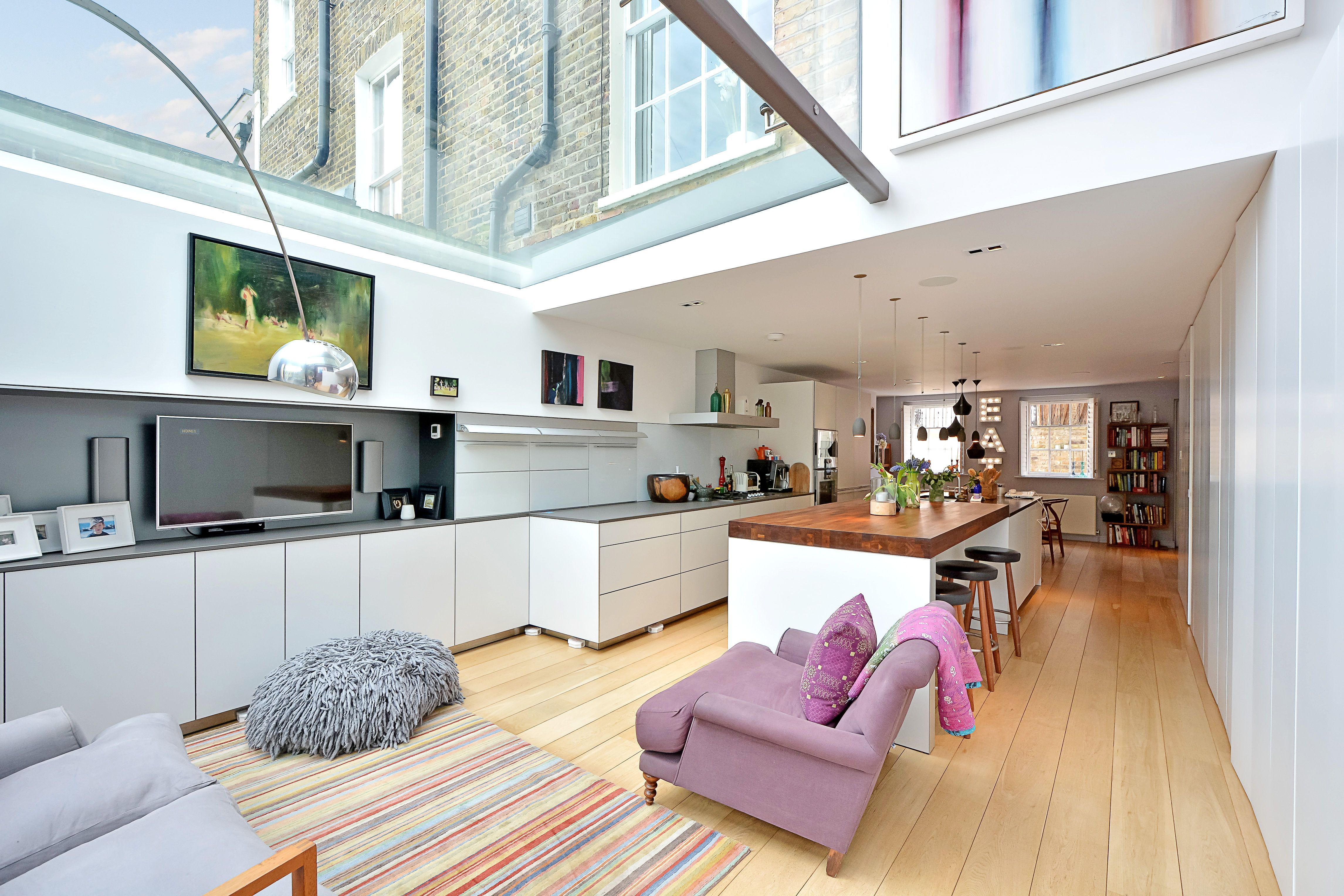 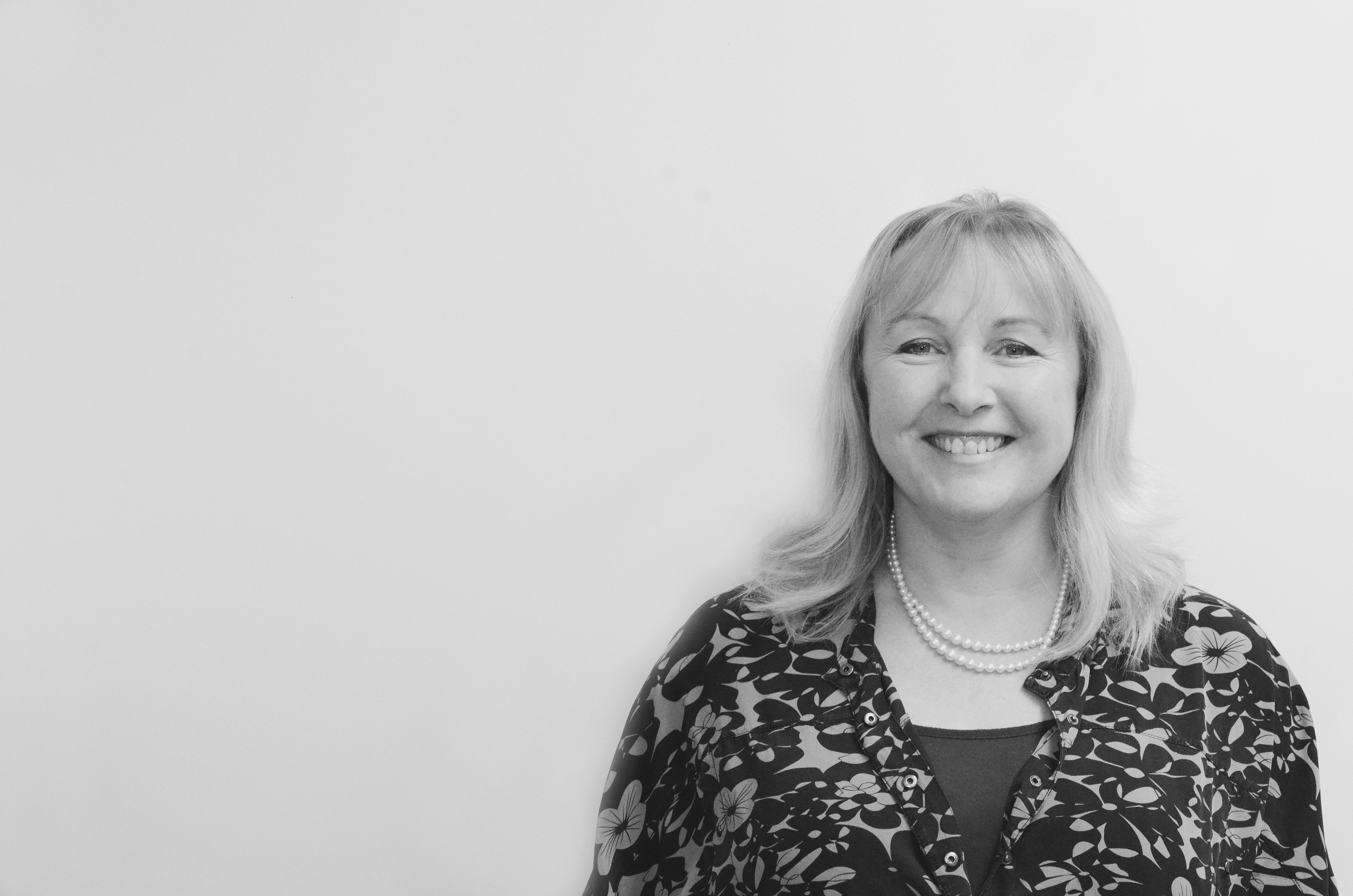 The North Cotswold marketplace is always extremely resilient, where prices take longer to drop back in times of economic uncertainty, fall less far and recover more quickly than other parts of the UK. The profile of the typical buyer is affluent, sophisticated, choice-led and predominantly cash-rich, therefore confidence rather than availability of funding is the critical factor that defines levels of activity and motivation.

We predict very little impact from the referendum. If the stock market looks unappealing, Cotswold bricks and mortar is the obvious answer. If investors do take a 'wait and see approach' then the affluent domestic middle market, which has been gathering considerable pace and energy over recent months, should willingly take up the slack. Extremely attractive mortgage rates, particularly at low loan-to value, will offset any doubts about whether this is the right time to move.

Many of our clients have asked us how leaving the EU will affect them, and while the initial weeks after the result was announced were uncertain, after speaking with old and new clients, we are all feeling very positive. The phones are ringing, viewings are still happening we are still negotiating on offers and new houses are coming to market. As the pound and stock markets are recovering and the long term affects begin to appear, we will adjust and evolve as we always have. I think property prices in villages like Berkhamsted, Albury, Little Gaddesden and Tring will remain steady. The Brexit vote might temporarily slow the price increase, but that will also be true of the next property people buy so there is no overall loss or gain for movers. 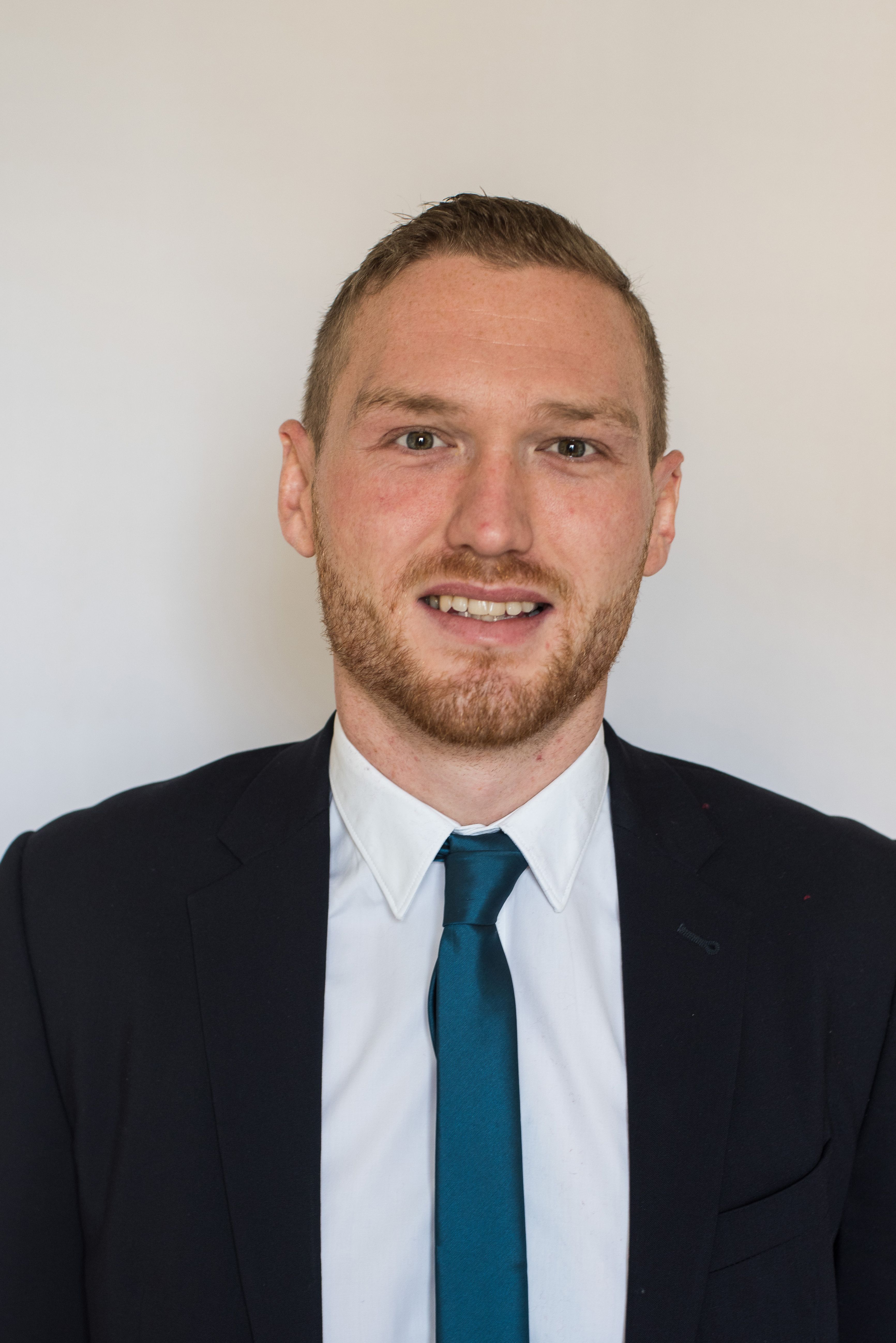 Despite the understandable fears after the referendum result, we are still seeing strong demand for homes in the upper quartile, particularly from discretionary buyers from outside of our region.

This has much to do with our location. Many of the towns and villages we cover are located within easy commuting distance of London as well as other major centres such as Peterborough, Bedford and Cambridge.

I think buyers really appreciate that for between £700,000 and £1,000,000 they can purchase a truly impressive property, modern or old, in a rural or town location, but have the convenience of easy access to nearby cities with all of the advantages those locations offer. The schools (private and state), local amenities and outstanding road and rail links are a major attraction.

Building on what was an extremely successful year in 2015, the Hitchin property market has moved from strength to strength into 2016. In February, we surpassed our office record selling over £5million worth of property in a week thanks to our unrivalled customer service, expert knowledge of unique and high value homes and global marketing reach. As the dust settles from the announcement that the United Kingdom will leave the EU, we have been in regular communication with our clients to keep them informed of any developments within the market. So far, we have seen a continued demand from buyers supported by consistent levels of new properties coming to the market. Price increases have cooled slightly as home owners are less inclined to push buyers for ever higher prices. 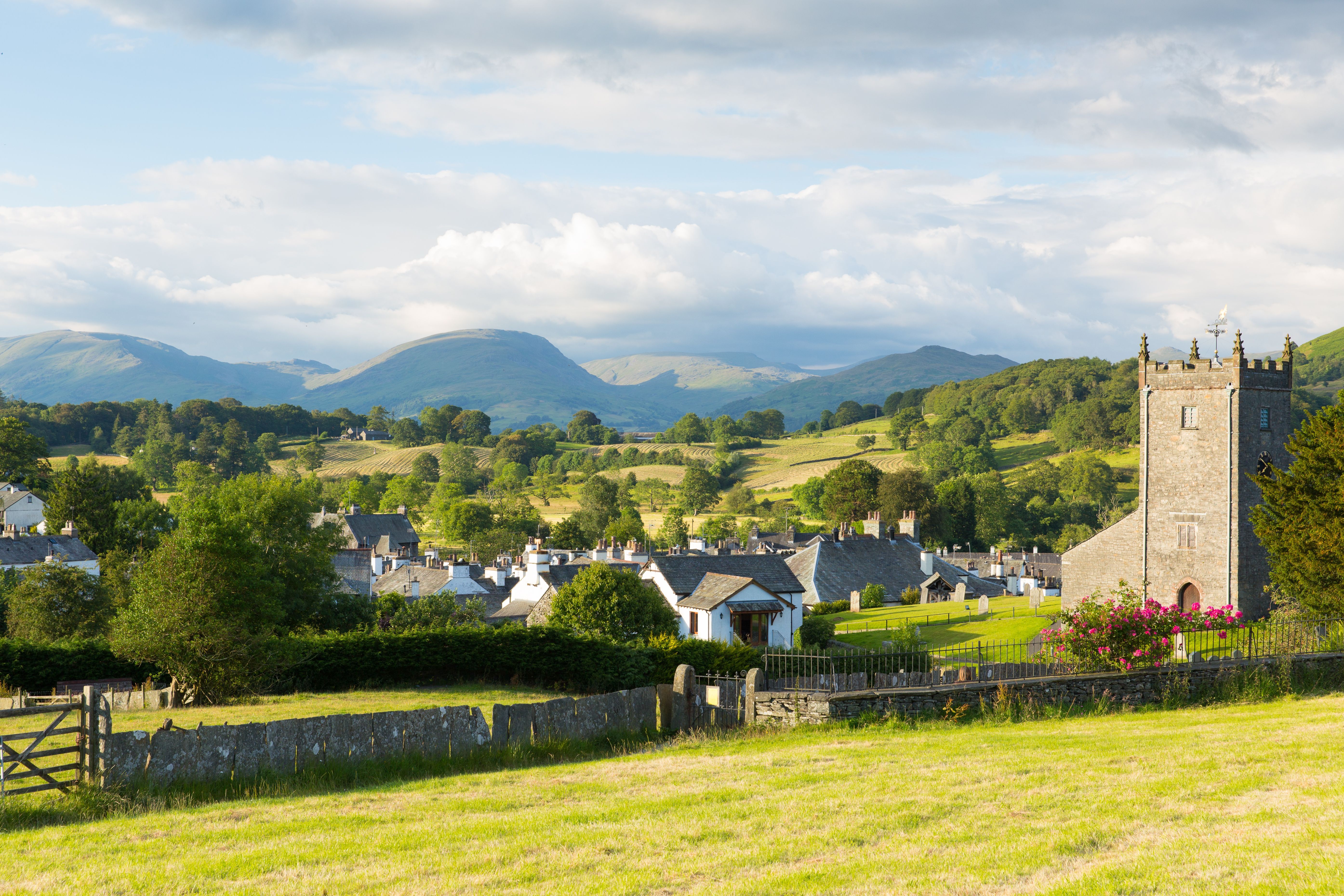 We’ve had an exciting ﬁrst half of 2016, with the top end of the market continuing to improve. Prices are pretty stable and there are no fundamental reasons why this should change in the short term, although we can expect that stamp duty considerations may creep into sales to second home buyers.

The North Lakes is a magnet for people aspiring to the beautiful surroundings and a better quality of life, and many of our buyers have planned their move for a while. We sell around 40% of properties to those who are relocating here from other parts of the UK. This includes people moving their family to the area, those retiring here and some buying second homes, in addition to the usual local moves. So, those decisions are less prone to the changing winds of market conﬁdence, especially with stable prices. For these reasons, since the Brexit referendum we have seen no particular change in the behaviour of sellers or buyers and we are positive about the months ahead.

The Mid Wales market has been booming in the first half of 2016 with demand outweighing supply. Viewings and sales agreed have well outdone the first half of 2015 and we have had many properties sell in excess of their asking price. People move to Mid Wales for country living and a change of lifestyle, so rural cottages with a small amount of land are most popular. We also see a lot of people looking properties which require some work. A fixer upper with a bit of land will sell in the region of £150,000 and a well-finished country house can be anything from £300,000 to £1,000,000. Since the referendum, we have noticed a slight easing, but those who are acting at present seem to be genuine. Our market has always been very price sensitive and I expect this to become even more of a factor now, with motivated vendors having to set their asking prices that little bit more competitively to attract a buyer.

To book your free valuation with Fine & Country, please visit our valuation page and one of our agents will get back to you as soon as possible.