Land Size: 11470m²
Vacant stand for sale in Moditlo Game Reserve
This densely bushed stand, with hardly any open spaces, slopes slightly towards the dry riverbed and features some large trees. It is 1.1470 ha in size and has been laid out in one of the carousel patterns on Moditlo Wildlife Reserve whereby the stands are on the outer perimeter of the circle with a drinking dam in the centre, all surrounded by natural bush. The carousel is well away from the main road, rail and traffic noises. Some mountain views would be possible after building and judicious bush clearing. Game trails criss-cross the stand, giving indications of regular game views.
Moditlo Private Wildlife Reserve is in one of South Africa's prime wildlife areas on the Mbezi and Moditlo perennial rivers. Moditlo Game Reserve is 3300ha of bushveld situated within the 15000ha Blue Canyon Conservancy. It is situated 12 km outside Hoedspruit and 40 minutes’ drive from Orpen Gate, Kruger National Park. The reserve has two perennial streams and several dams. There is an abundance of large trees along the river beds and spectacular mountain views of Mariepskop and the Drakensberg. The reserve is secured with electric fencing and guards. Access is limited to residents and their guests. Water is supplied by borehole and electricity from Escom that has been laid underground for improved aesthetics. The wildlife estate contains the Big Four, i.e. leopard, lion, elephant, rhino, as well as giraffe, waterbuck, impala, wildebeest, zebra, duiker, steenbok, tsessebe, warthog, bush pig, Cape wild dog, hyena, and jackal. There is an abundance of smaller animals and birds such as squirrels, bush baby, sunbird, ground hornbill and paradise fly catchers that nest near the lodges. Enjoy the pleasure and tranquility of owning your own lodge in a wild life sanctuary.
Sorry! There are no available floor plans for this property.
Sorry! An EPC is not available for this property. 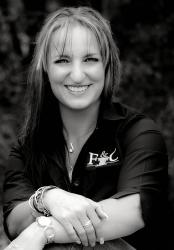