Unlock the secrets of London’s most exclusive new interior design hotspot, The Ned 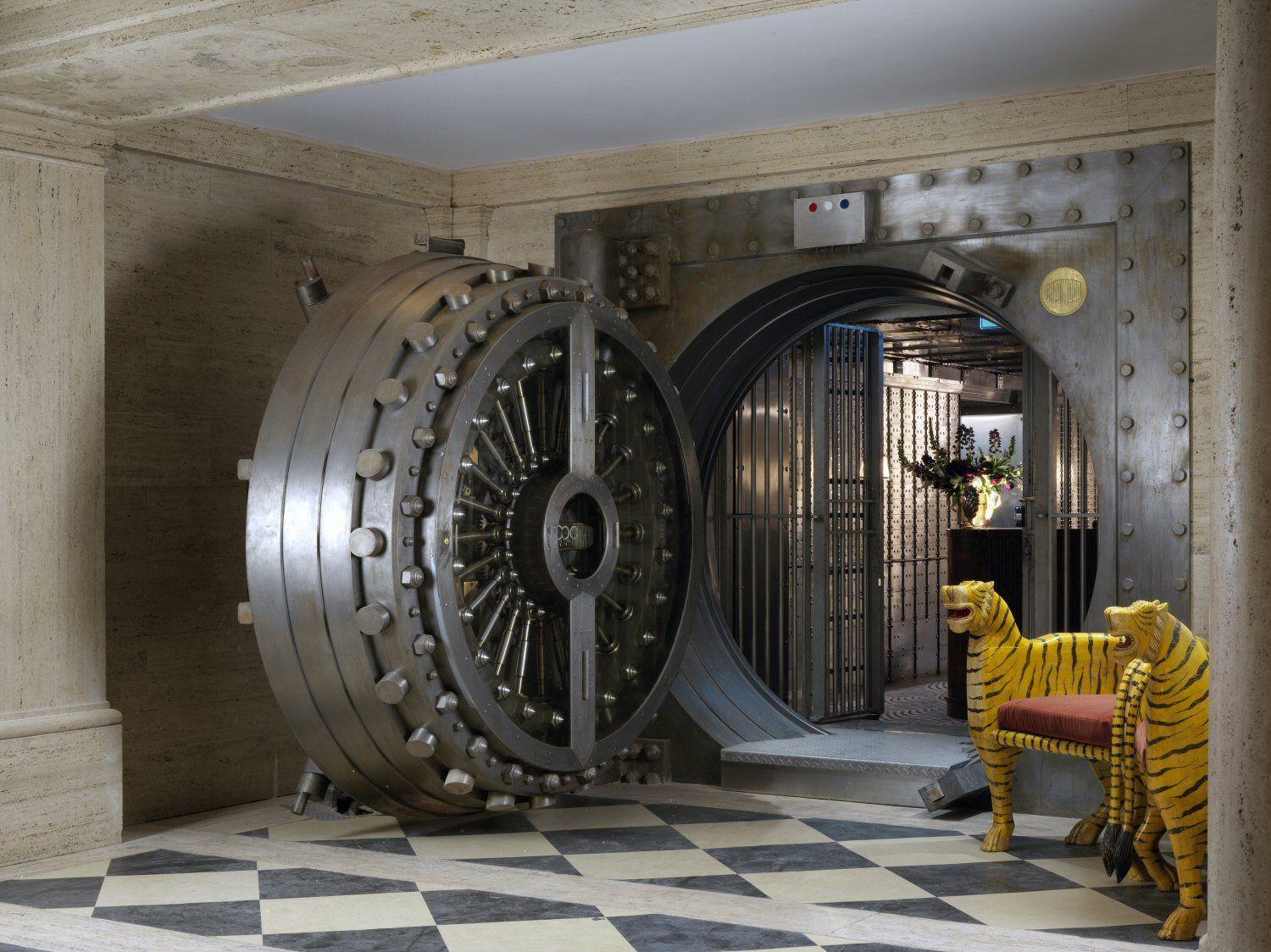 Overhauling the interior design of any property is never easy, and it is an even more ambitious project when it is a Grade I Listed London landmark. Fine & Country Interior Design have been to The Ned, a new hotel and private member’s club, to discover how it has become the talk of the interiors world. With 12 floors, 320,000 square feet of space, 252 guest rooms and nine restaurants to design, this was no easy renovation.

The unveiling of Soho House Group’s Hotel in London’s bustling City District last month had a lot of hype, with Londoners eager to see the Grade I Listed redevelopment of the former Midland Bank designed by Sir Edwin Lutyens in 1924. Eponymously named The Ned after Edwin’s nickname, the restoration has been carried out to conserve and highlight the original architectural features, including the 92 African verdite columns in the former Banking Hall.

Fine & Country Interior Design have had the pleasure of experiencing this new hybrid hotel-come-members’ club first hand. As a descendant of Sir Edwin Lutyens, Fine & Country Interior Design’s Sophie Chester-Master was invited to see the interiors for herself – along with 100 of her relatives – and met owner Nick Jones and Stuart Adolph, Vice President of Development for the Sydell Group who financed the project. 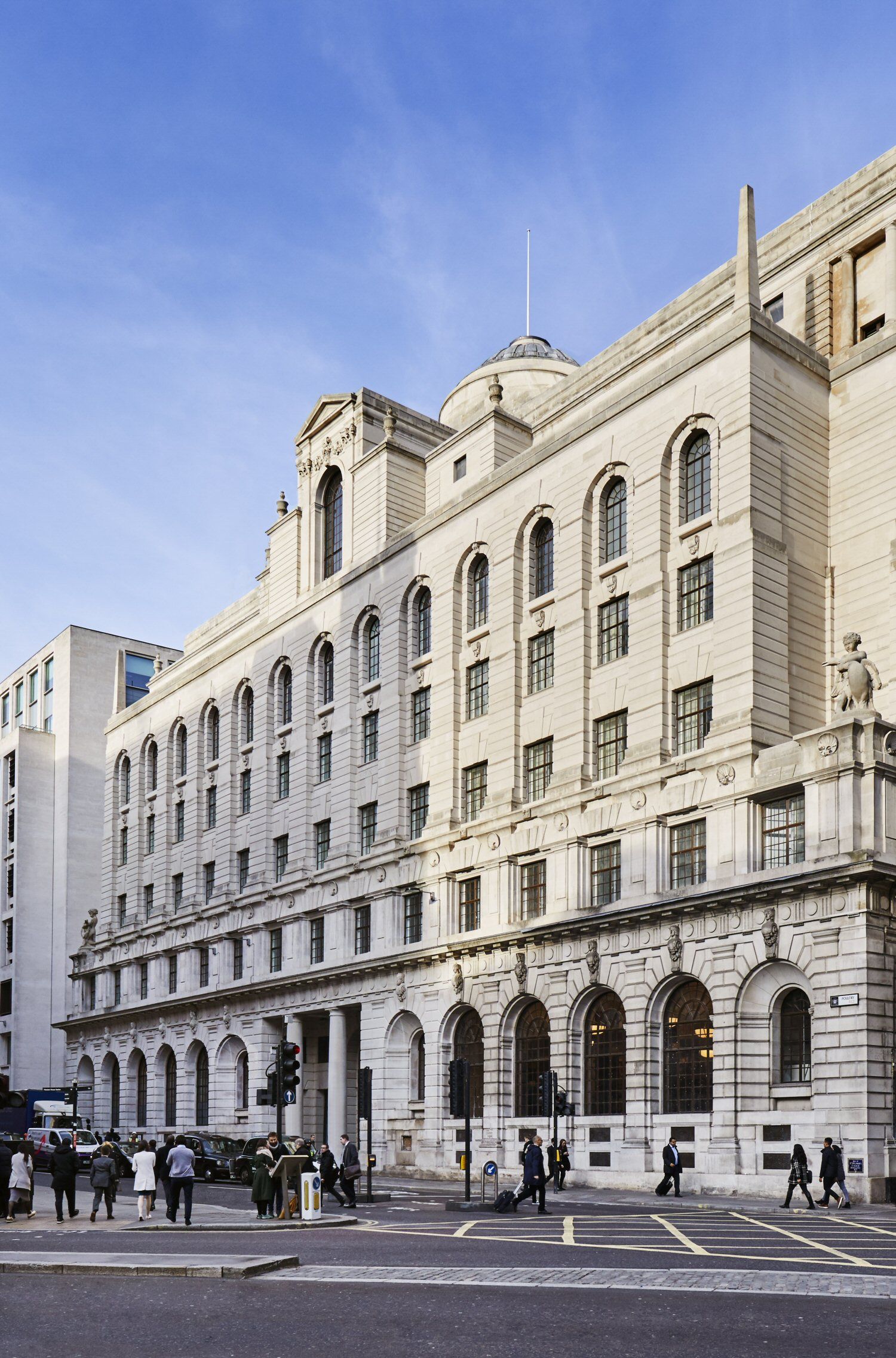 The part we particularly enjoyed was the presentation by the Soho House interior designers Adam Greco and Alice Lund on how they had worked with Lutyens original designs.

They took inspiration from the period the building was built; their scheme was inspired by the faded glamour of 1930s transatlantic ocean liners, as well as the opulence of the Orient Express. This is clearly visible in the restaurant designs which blend contemporary and nostalgic design features with the use of brass and mahogany furniture and chandeliers typical of the era. Some were even sourced directly from his great granddaughter’s own company Lutyens Furniture.

Within the belly of the building, two floors down from street level, is the Vault, which historically would have housed countless treasures and gold bullion. It was even used in the 1964 James Bond film Goldfinger. Now, it is an intimate bar and lounge for members, accessed through the original two-metre-wide, 20-tonne door (made by Chatwood Safe Company – one of only two ever made – a fascinating design feature in itself). With 3,000 original stainless steel safety boxes lining the walls, it’s clear little here was needed from an interior design perspective except to soften the geometry a little – something the designers did excellently with the plush velvet furnishings, patterned rugs and taxidermy birds. 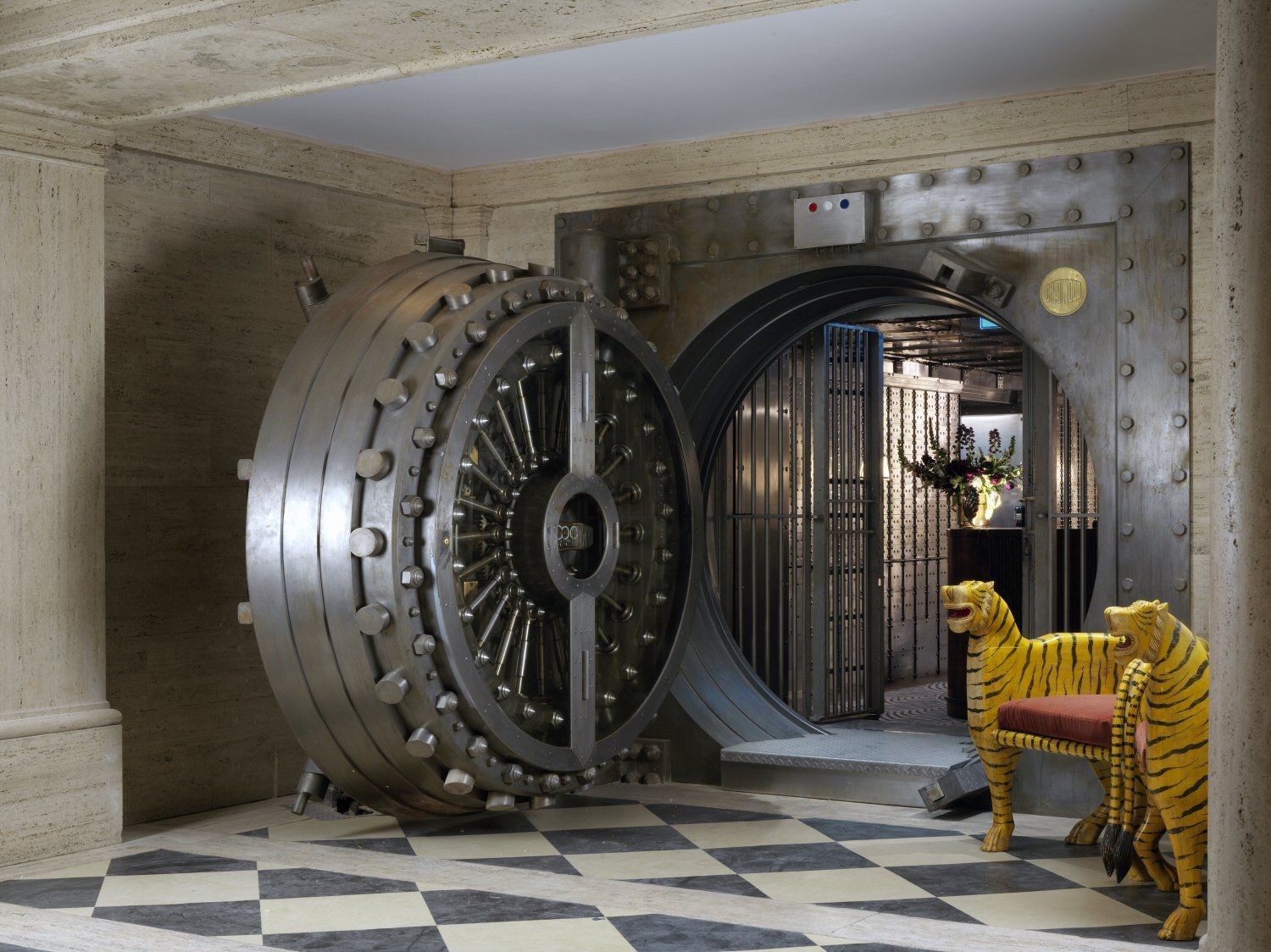 The designers’ artistic flair and ode to the golden age of travel comes alive in the bedroom and bathroom designs. Bedrooms boast richly patterned fabrics, great canopied beds draped with rich fabrics and matching art deco furniture. The furnishings are a blend of specifically sourced antique pieces and the Soho House Group’s own furniture line, which means that visitors can buy some of the pieces themselves. The bathrooms feature metro-tiled walls, bevelled mirrors and roll-top baths. There is a great blend of popular contemporary colours such as grey mixed with traditional sanitary wear and brass taps. 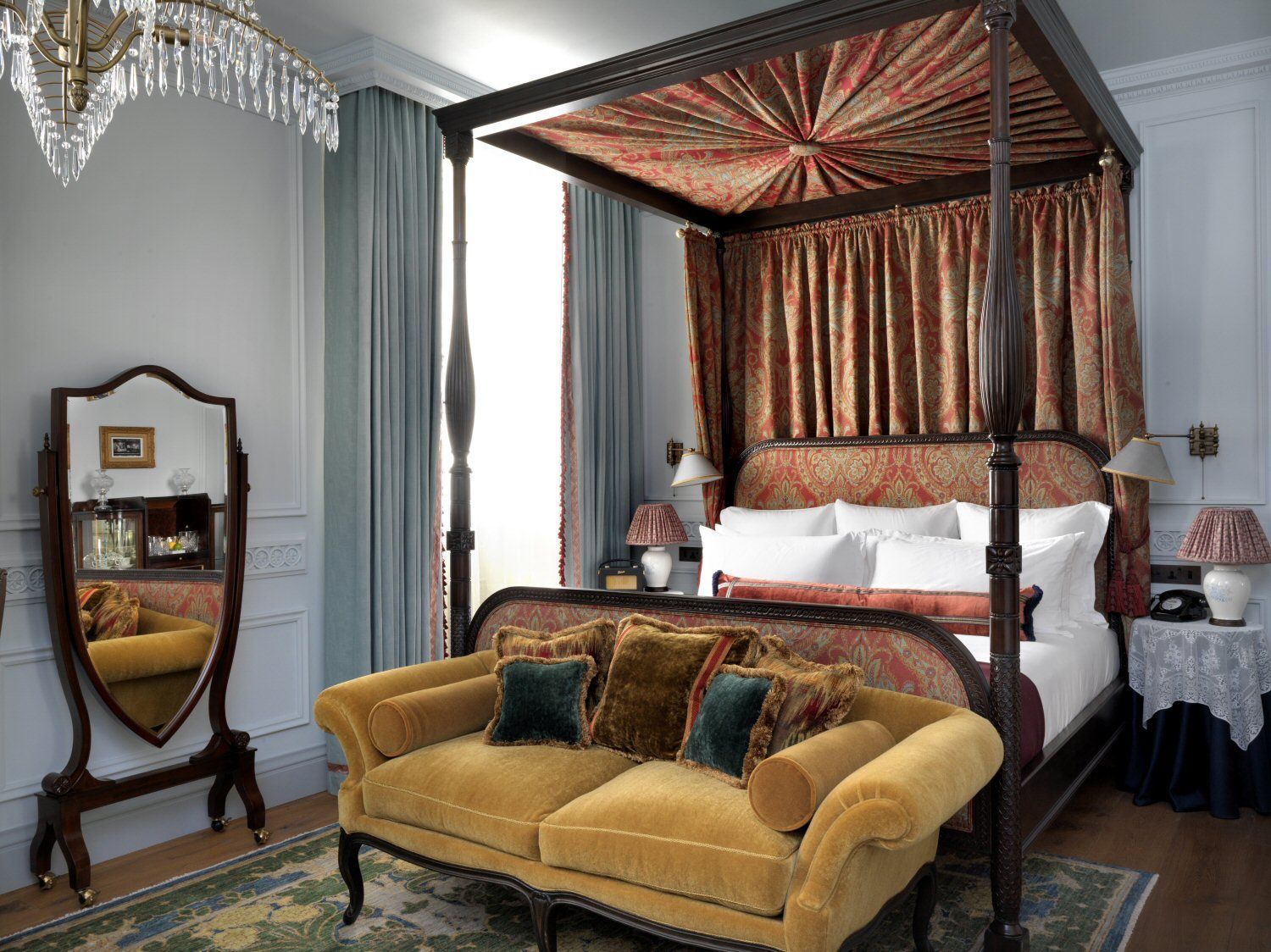 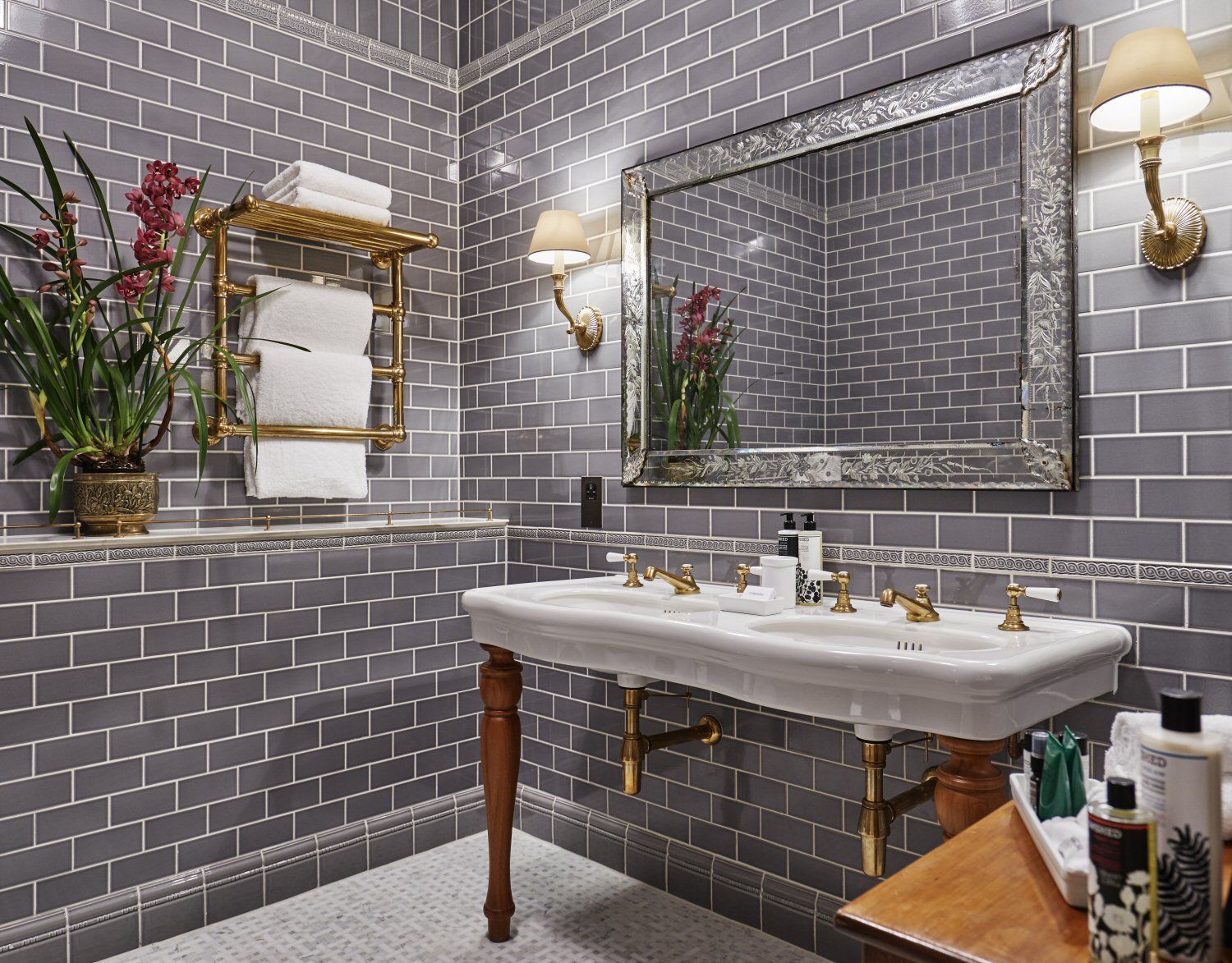 With the Soho House team’s utmost commitment to conserving and creating beautiful design it’s no surprise that The Ned has become so popular with Londoners since its opening a couple of weeks ago. People have flooded in to take in the splendour of both Lutyens’ original design and the stunning work of the design team.

At Fine and Country Interior Design, this promotion of design integrity is inextricably linked to our company ethos, which is why we are always so thrilled when design is done well.

A Successful Sale with Fine & Country Property Staging
Nestled within a tree-lined, no-through road by Chiswick High Road is a distinctive Edwardian semi-detached house. After sitting on the mark...
Read more >>
7th Jul 2021

Top Ways to Update Your Home for Summer
With summer finally here, it is the perfect time to start sprucing up the home. From intricate accessories to fresh new surfaces, there are...
Read more >>
15th Apr 2021
FINE & COUNTRY ON TWITTER
Tweets by FineandCountry
FINE & COUNTRY ON FACEBOOK

We had the pleasure of working with Karl at Fine and Country when we bought our house in Stafford. Karl was very helpful in terms of helping us understanding what was included in t... Read full review

Nicola Moore has to be the best estate agent I have ever hired. Her professionalism and integrity is outstanding and should most certainly be the benchmark for all estate agents to... Read full review

From the first phone call, this team oozed professionalism. Having made the decision to sell our home, which we built and loved, we went on a hunt to find the right agent for th... Read full review

Fine & Country left no stone unturned in selling my property. They guided me through all aspects of the sale and I couldn’t find any fault Read full review