Broad Street, Ludlow - "one of the most memorable streets in England" - Nicholas Pevsner

Ludlow is an historic Market Town perched high above the River Teme in the Welsh Marches, the ancient borderlands between England and Wales. It has been described as "an architectural gem" and the poet Sir John Betjeman described it as "the perfect historic town"

Ludlow is not only an historic Town but a thriving one with a real sense of community, it has a small population of circa 10,000. Ludlow Castle, originally a Norman Fortress then extended over the centuries to become a Royal Palace was abandoned in 1689. Now the Castle is the centrepiece of this historic Town and is open to the public. From the castle grounds you can enjoy superb views over the Teme and to surrounding countryside.

What makes Ludlow such a gem is the wealth of historic buildings still intact, the medieval street pattern still remains and there are over 500 Listed properties, many with impressive Georgian facades added by wealthy merchants, Ludlow was and still is a prosperous Town. St Laurence''s one of the largest Parish churches in England is the resting place of A E Houseman - his ashes were buried against the north wall of the church.

Apart from its stunning location and beautiful architecture Ludlow has also become famous for food - At one time there were more Michelin starred restaurants in Ludlow than anywhere else in Britain except London. From smart restaurants to cafes, Ludlow deserves its reputation as a foodie capital. The surrounding countryside has a large number of independent food and drink producers and Ludlow itself has a wide variety of butchers, bakers, cheese shops and deli''s. Every September Ludlow hosts The Marches Food and Drink Festival with its famous sausage trail!

Ludlow has regular farmers markets held in Castle Square and a calendar of events throughout the year - In June the Ludlow Festival over three weeks showcases new and rising talent together with a Shakespeare production held in the Castle grounds, there are Antique and Book Fairs and in November the Medieval Christmas Fair. For those looking to move to the area it is well placed for road access just off the main A49 with Shrewsbury to the north and Hereford to the south. Ludlow has a train station and good public transport to surrounding market towns. With local primary schools and a secondary school, library, football club, two golf clubs, rugby club, tennis and bowling clubs and a leisure centre it has everything you could need. Ludlow racecourse holds regular race meetings during the season.For those looking for culture Ludlow Assembly Rooms holds many live theatrical and music events and is also a cinema and internet cafe. Ludlow is surrounded by beautiful countryside and for walkers and nature lovers it is a paradise. From the Town Centre you can walk up to Mortimer Forest an ancient Saxon hunting forest from which superb views are afforded across the Town.

Shopping in Ludlow is a delight with many independent local traders selling a variety of hand crafted local products. 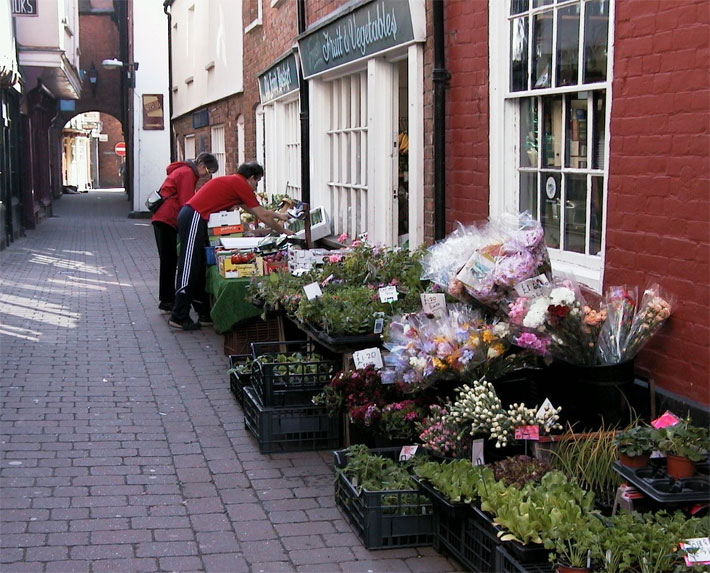 One of Ludlow''s many quaint streets

Fishing is also a favourite local pastime, Ludlow and the surrounding area offers a host of fishing spots, lakes, pools and rivers. The River Teme is a designated a Site of Special Scientific Interest along its entire bank and from Ludford Bridge you can watch the salmon leaping.

So come to Ludlow and discover a lifestyle, low crime levels and a pace of life which thankfully hasn't quite caught up with the rest of the country.

Extract of note to Fine & Country We have now sold (with your invaluable help) Railway Cottage and its adjoining land. We would just like to say how excellent we thought... Read full review

We were extremely happy with the initial advice and quick sale achieved by the team at the Cheam Office.. Their valuation was higher than we expected and they achieved it and in l... Read full review

Kelly provided us an exceptional service from the very first meeting until we sold our home and secured our dream home. Kelly was dedicated to truly understanding the requirements... Read full review