4 Bedroom House For Sale in 43 Todenham

This property has been removed by the agent. It may now have been sold or temporarily taken off the market.

No 43 Todenham has been affectionately named Straws Cottage by the present owner in honour of Ada Straw, a redoubtable lady who once used to run a post office and stores from this address.

As a house dating back to at least the eighteenth century and reputedly with a tunnel beneath from the cellar to the church, no doubt there are stories to be told that have been lost in time but in every room and view there is still a pervading sense of its long history.

Austenesque in presentation and atmosphere within, situated opposite to the church, this house is part of old village life.  From the front of the building one can see it is a property of two halves. The larger half is Georgian, maybe older still in origin, constructed of crafted red brick with stone lintels - the smaller half is of more regular brickwork, clearly a later addition. Within it is a high archway over a previous passageway, once an entrance for apple-carts to the huge cider press that lay beyond (but which has now found its way to the manor house!).

This cottage and others in the row belonged to the Sassoon family estate - evidence of which is in the delightful ancient walled garden that lies behind, now divided into separate plots. No 43 has serendipitously retained somewhat the lion’s share, laid initially to a raised terrace with stone steps leading down to an old pond and thence to lawn, bordered by a yew hedge and a high brick wall, looking out over fields populated with sheep and to open countryside beyond.

The rear of the property has been rendered, presumably to create a homogeneous whole - undoubtedly most of what lies beneath it will be of brick construction in keeping with the front.

Stepping inside from the front porch onto an original flagged floor, it is clear that the passage of time has taken its toll. There is work to be done to restore this cottage to its full magnificent potential but, with so much period character and scope, an exciting proposition for anyone seeking a restoration project.  As a substantial and charming home, it would be ideal either for a family or just as a tranquil place to retreat from the rigours of city life, being situated in a rural village that yet lies within a five minute drive of Moreton and the mainline train station to London, Paddington.

The two main reception rooms are elegant, high ceilinged but narrow and cosy with bay windows and fireplaces that are no longer used, doors leading between and up. Across the width of the property is a later addition - a sun room with picture windows set to overlook the garden and views, and next to it a small kitchen leading back through to the dining room.  Upstairs on the first floor are three double bedrooms and a shower room. Above, set into the eaves within an exposed ‘A’ frame is a grand master bedroom and a bathroom of luxurious size, with plenty of space for a separate dressing room.

Evidently with much to recommend it, No 43 will reward the love, time and attention that is spent on restoring it to its full potential.  Marketing commences via Fine & Country North Cotswolds this Saturday (17th) with an Open Viewing Day - for more information and to arrange a viewing please contact Tom Burdett, Sales Director, at the offices of Moreton in Marsh on 01608 651000, 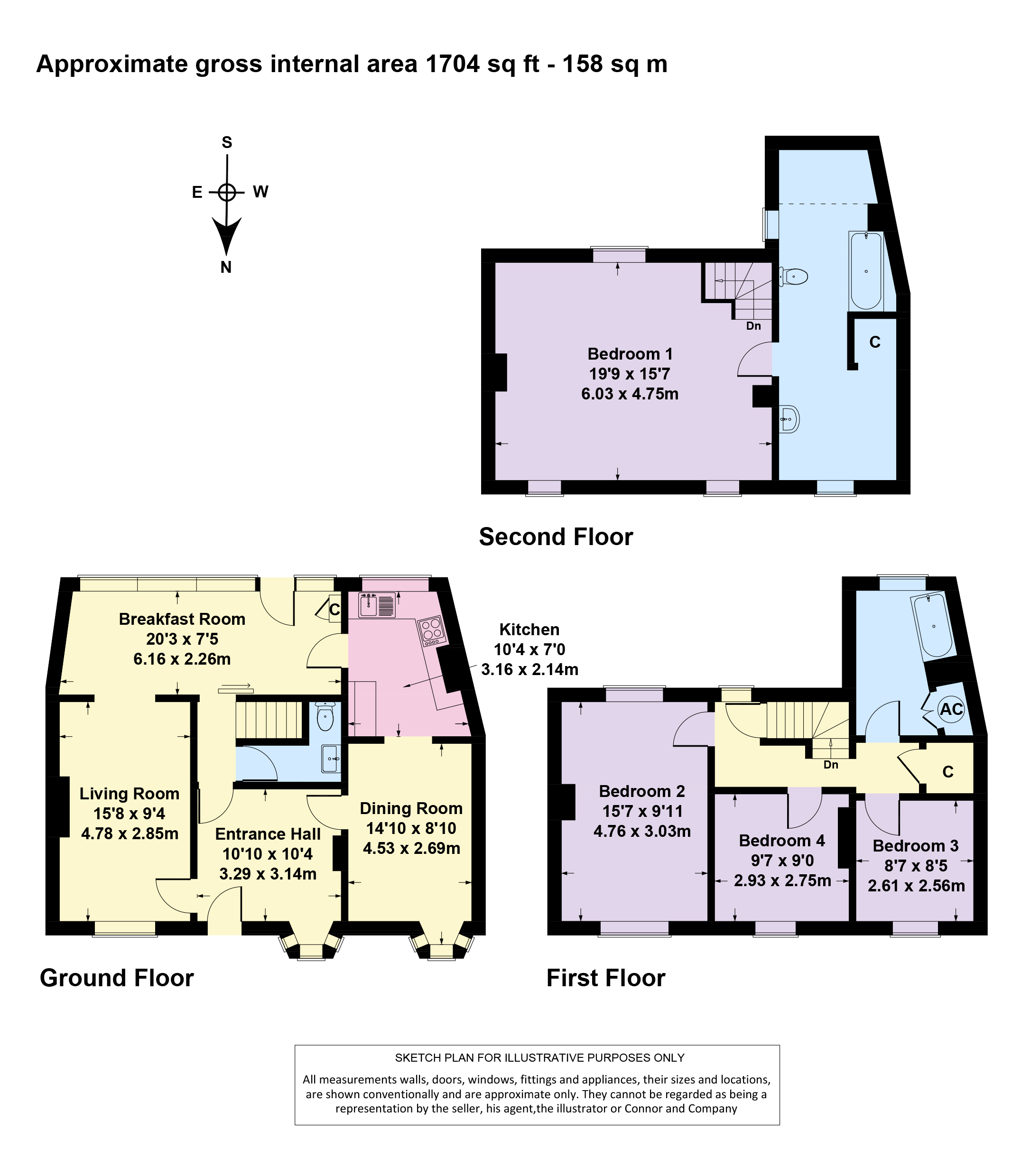