Dating back to the 17th century, King Harold Cottage manages to blend rurality & access to the necessities of modern urban life seamlessly. The cottage features  views of the surrounding countryside within a three mile(approx) drive to BRX station that provides swift links to London.

King Harold Cottage dates back to the 17th Century but has been added to at various times since it was first constructed. The property is entered through a centralised front door that opens in to an internal lobby. Going through the right hand door, you are lead in to a reception hall. This area has the potential for various uses, but also includes stairs up on to the first floor, a door to a large living room and another to a hallway at the rear of the property. The large living room is a light and airy environment with windows to front aspect & a set of double doors at the other end of the room that open in to the rear garden, extending the home in to the wonderful setting.  The sitting room, which you  can get to via the aforementioned lobby or rear hallway, is bursting with character. Beams are featured throughout this room as well as a commanding Inglenook fireplace. A step up on one-side of the sitting room takes you in to a dining area that is comprised of windows on two sides. The accompaniment of the sitting room to the dining area, makes the property ideal for entertaining guests, as the transition from formal dining to an informal space for relaxation post-meal, is that much easier. A door through form the dining room, brings you to the kitchen and adjacent utility room. The kitchen has wall and base mounted units throughout & a window that over looks the rear garden. The utility room can be used to house any appliances that you do not necessarily want within the main body of the kitchen. The utility room also includes a door out to the side of the property. At the rear of the ground-floor, positioned off of the rear hallway, are the final three rooms. Firstly is the downstairs W/C, a modern necessity in a busy family home. The W/C does include a shower cubicle. The next room along, could be used as a playroom or bedroom as it is situated next to the shower room, but the current occupier retains this space as an office. Finally, with double doors leading outside to the rear garden, is the conservatory, the perfect room to enjoy the wondering views across open countryside.

Upstairs, the first room on your left is bedroom two. The room has built-in wardrobes, additional storage within the eaves and a window to front aspect. Next along is the family bathroom which features a toilet, basin & bath. Bedroom three is further down the corridor, where  they have incorporated the 'L' shape of the room to included built-in wardrobes, to good effect. The Master-Bedroom occupies a large area of accommodation and includes a sizeable en-suite with bathing facilities.

Externally the property continues to impress. The house receives an added sense of privacy due to it being set back a fair distance from the road. The property is approached by a sizeable length of gravelled drive, which culminates in a parking area in front of the property. Additionally there is a detached garage to the side of the main house that could be used for storage or for additional parking. Behind the garage is a stable with electric along with a rear gate for access. Adjacent to the driveway on approach to the house, is a large area which has mainly been laid to lawn, with a handful of mature trees scattered throughout. To the rear of the property, there are further examples of mature flora that screen the property on three sides. Standing in the rear garden, you are able to appreciate the stunning surroundings of Nazeing Common. Open fields draw your perspective down to the outer reaches of Nazeing Golf Club, right the way down to Nazeing Park House.

As one of Nazeing Heritage Buildings, the house benefits from common rights which derives an annual income of circa £400. The current owner has continued a long standing agreement (since 1960's) to lease the land and wood located at the front of the property at an annual rent of £200. We understand for a further £100 there is an additional woodland which could be rented. 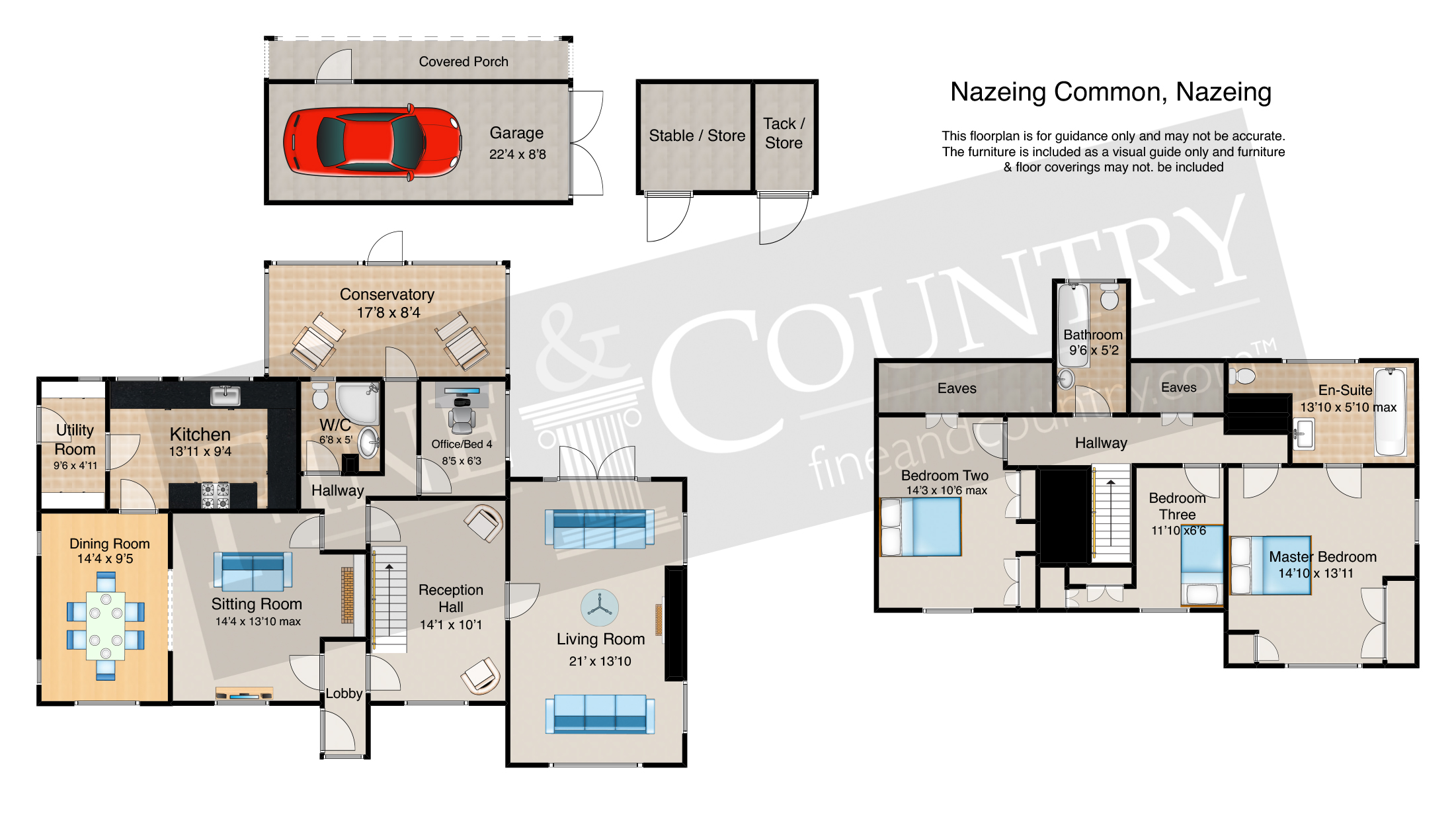 Frances had a lovely friendly approach but was also very professional. She kept both sides informed on a regular basis and was always positive despite selling in a very difficult y... Read full review

We bought a house from Guy Simmons at Fine and Country at the end of 2020. He clearly knew his stuff about the process and the local area. He was extremely helpful and very effici... Read full review

Excellent customer services. We would not hesitate to recommend James and his team for all their hard work in the purchase of our new home. James definitely went above and beyond... Read full review

We were so pleased with every aspect of the sale of our house 6 weeks from the 1st day of marketing which was incredible to actual completion. Halina and Richard were on hand 24\/7... Read full review