The Clockhouse is an incredibly intriguing Grade II listed manor house (Circa  1307) set within beautiful gated grounds measuring around 2.5 acres, including a detached coach house with 4 car garage which has planning granted to create a five bedroom family home with its own dedicated entrance and exit.

Over the centuries the main house has been extended and upgraded as you would expect. The attention to detail in recent years has been particularly impressive with the original reception rooms in the Georgian wing renovated to the original Georgian style, with hand printed wall papers from the original wooden blocks. The property has a wealth of character with period features at every turn including; full-length sash windows, solid oak beams, stone flooring, an inglenook fireplace, catspaw oak panelled walls, a beautiful Jacobean staircase, original ceiling roses, ornate hand carved marble fireplace, Georgian etchings and a Priest hole of course - readily accessible for use by the resident Catholic Priest hiding from Henry VIII’s soldiers.

The accommodation comprises two reception rooms, a cinema room, an open-plan kitchen/breakfast room with a five-door AGA , a utility room and cloakroom to the ground floor. To the first and second floor is the master bedroom suite with an en-suite bathroom & kitchen, a 21’ x 14’ reception room/bedroom with vaulted ceiling forming part of the Medieval section; six further bedrooms and two bath/shower rooms. There is also a wine cellar and storeroom to the basement.

Outside there are extensive areas of formal lawns, a private lake, an Elizabethan walled garden and a separate fenced paddock ideal for horses with space to one side for stables . Brimming with history this rarely available home requires an internal inspection to really be appreciated. Walking around The Clockhouse is similar to viewing a historic building usually owned and preserved by the National Trust, yet this could be your very own piece of history.

A property has been documented on the site of The Clockhouse back to the 14th century. It is only within the past 150 years that The Clockhouse has been known by that name being formerly called Risbregg (Rice Bridge) with records first appearing in 1307. The first reference to a building on the site was in 1420 as a tenant farm which, for most of its existence, farmed over 100 acres of the surrounding area. As evidence of its interesting history, the property has period decorative hand painting in the upper reception rooms as well as the priest hole, which is accessed from a current bathroom.

The house has been extended over the centuries with a substantial Southerly wing added in the mid-18th century. This Georgian wing affords elegant proportioned rooms with delightful aspects across the garden and lake. The current owner who purchased The Clockhouse in 2002 has since carried out a substantial restoration programme and sensitive improvements to re-instate this beautiful and historic country residence.

The current owner has details of all the previous owners including their wills, dating back to the 13th century of which the first is believed to be the Barron De Risbregg.

The Clockhouse is set in the beautiful Surrey countryside and is to the south of Capel, a much sought-after village. The property has direct access to a long bridleway immediately outside the gates leading on to the beautiful fields and countryside in the surrounding area, ideal for families wishing to enjoy the country life or Equestrian enthusiasts.

Facilities in the village include a 16th century public house, shops, church, village hall, school and recreation ground. The A24 gives convenient access should further comprehensive shopping and recreational needs be required with Dorking and Horsham located just a couple of miles away.

Horsham and Dorking have main line stations whilst Ockley station is only 1 ½ miles away giving access to London Victoria and Waterloo. There are excellent schools in the area, including a primary school in Capel, Cranleigh Preparatory School, Farlington School in Warnham, Belmont School in Holmbury St Mary and St Theresa’s at Effingham to names just a few. 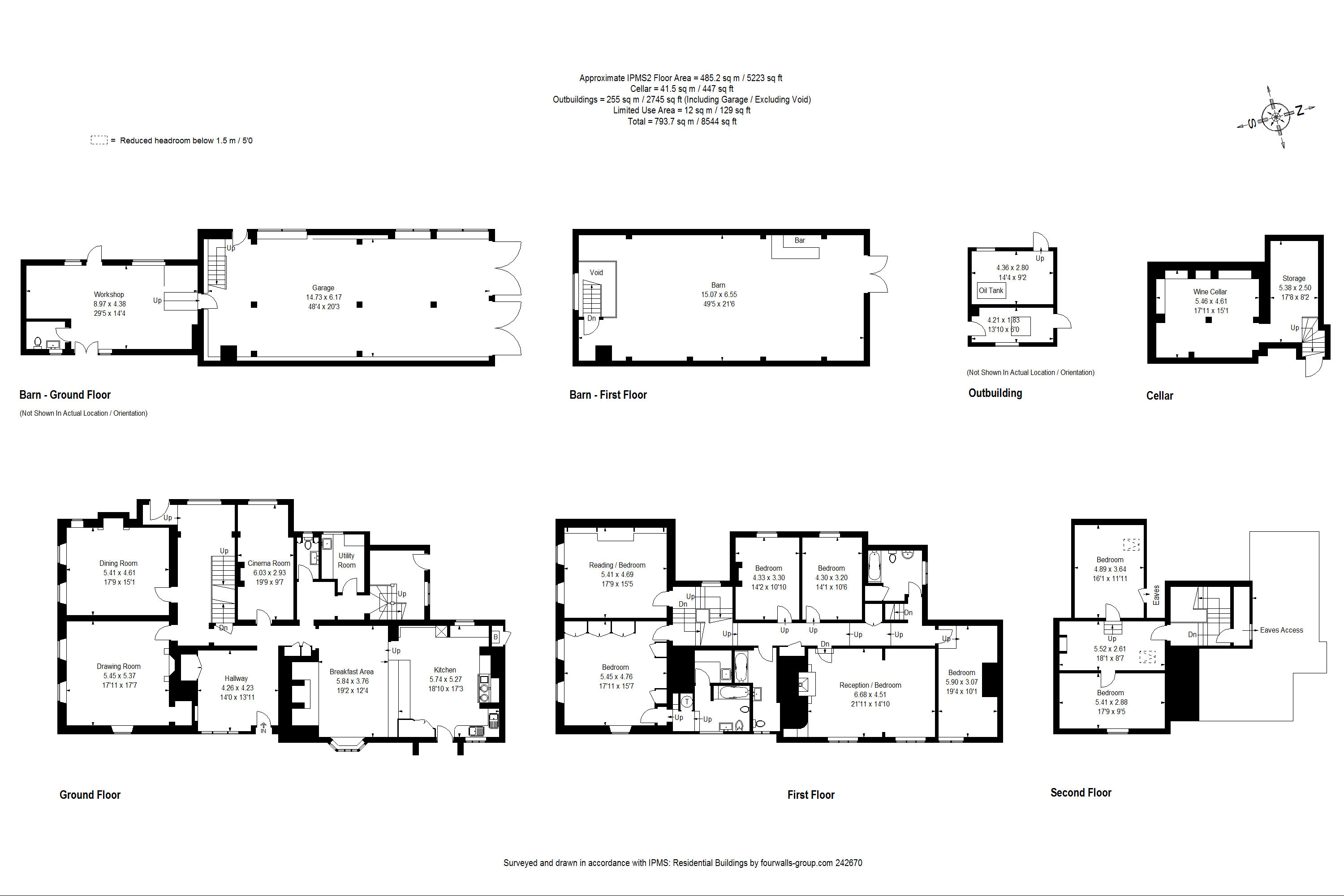