6 6 5
A charming farmhouse, once a pair of cottages dating to the early 1800s, with converted adjoining barns, enjoys a peaceful spot and about an acre of garden in a hamlet surrounded by pastures and farmland close to the Lincolnshire Nottinghamshire borders. With excellent transport links nearby, both road and rail – it is just a few miles to Newark and the A1 – Yew Tree Farmhouse offers an abundance of space for a country lifestyle with easy access to towns and cities North and South.

"Originally, the property was two farm cottages built around the early 1800s which were eventually combined to create one dwelling, with the old stone barn a separate building behind thought to date to around 1700. The single storey barns have a date of 1837 in the brickwork on the end gable. When we arrived just over 19 years ago the stone barn was unconverted as a living space and had been a recording studio - singer- songwriter Rick Astley is said to have recorded here!"

"With approval from the council, we converted the stone barn and adjacent barns to living accommodation. We had a major job of revealing the original structure in the stone barn as all the old timbers were covered up. We re-instated the original openings, and all the timbers have been sprayed twice with woodworm-killer. We have refurbished and restored all the rest of the property too, so it's been quite a labour of love!"

"The flagstone flooring that stretches through most of the ground floor (the dining room has a
cedar block floor) was reclaimed from a lane in Newark that the council were lifting, and we installed underfloor heating. There are two different systems: one in the original farmhouse and one in the converted part which gives great flexibility. The big cast iron radiators in the barn are just for a top-up if needed, but the new log-burner in there – the biggest we could find – is very efficient."

"It's been a great, very social house with all the rooms a fantastic size. We held our son's wedding here and have had lots of parties not only in summer but autumn bonfire ones and winter ones with carols on the green outside."

"The garden is, we think, just over an acre. It has a sunny open aspect with mature hedging and evergreen and deciduous trees that give interest. We have completely landscaped it and added the two linked ponds with the decked area. In the summer we spend early evenings down by the ponds with a glass of something nice."

"The position is very quiet, lots of birdsong, with the huge Lincolnshire skies and sunsets, with very starry skies at night and no light pollution. There are loads of countryside walks from the doorstep yet the market town of Newark and the A1 is only about five miles away so there are brilliant communication links."

"We feel we are custodians of the property – the almost twenty years we've been here and made our contribution to its wellbeing is just a tiny proportion of its history – and we hope it will pass on to someone else who feels the same."

Yew Tree Farmhouse is in a rural hamlet about a mile south of the small village of Beckingham, and the A17. Surrounded by nature and along a quiet, no-through country road – it is hard to believe major road links of the A17 and the A1, and the town of Newark-on-Trent, are so easy to reach. About 3 miles away, the popular village of Brant Broughton has a primary school, and two shops: a convenience store with post office, and 'The Old Forge' which sells fruit and veg and has a café, whilst a pub serves excellent food.

Newark in Nottinghamshire is just few miles west along the A17, where its castle sits on the river, and where you can pick up the A1 trunk road. It also benefits from the High-Speed Rail Network to London Kings Cross (journey time approximately 80 minutes). Grantham, around 14 miles south, has an even faster train link of just over an hour. Sleaford is a similar distance to the east, and Lincoln, its hilltop cathedral and castle towering over the historic city, is situated approximately 16 miles north.

Brant Broughton C of E and Methodist Primary School, about 5 minutes' drive away, is rated Good by Ofsted. Being within easy reach of four large towns, Yew Tree Farmhouse is in a prime position for a choice of sought-after grammar schools (requiring the 11+ examinations) as well as other highly regarded secondary schools. A popular local secondary school is Sir William Robertson Academy just 6 miles up the road in the village of Welbourne.

14 miles south in Grantham, Kesteven and Grantham Girls' School and The King's School (for boys), are both rated Outstanding by Ofsted. Sleaford, 14 miles east, has St. George's Academy, Carre's Grammar School, and Kesteven & Sleaford High School (for Girls), all rated Good. Newark, 7 miles to the west, has Newark Academy and Magnus Academy, both rated Good. In Lincoln, 16 miles north, The Priory Academy, Sir Robert Pattinson Academy and North Kesteven Academy, amongst others, are also all rated Good. In the independent sector, the co-educational Lincoln Minster Schools are extremely well-regarded.

NB We advise potential purchasers to verify the perimeter boundary with their solicitor prior to legal exchange of contracts. Approximate average mileage and journey times are quoted. 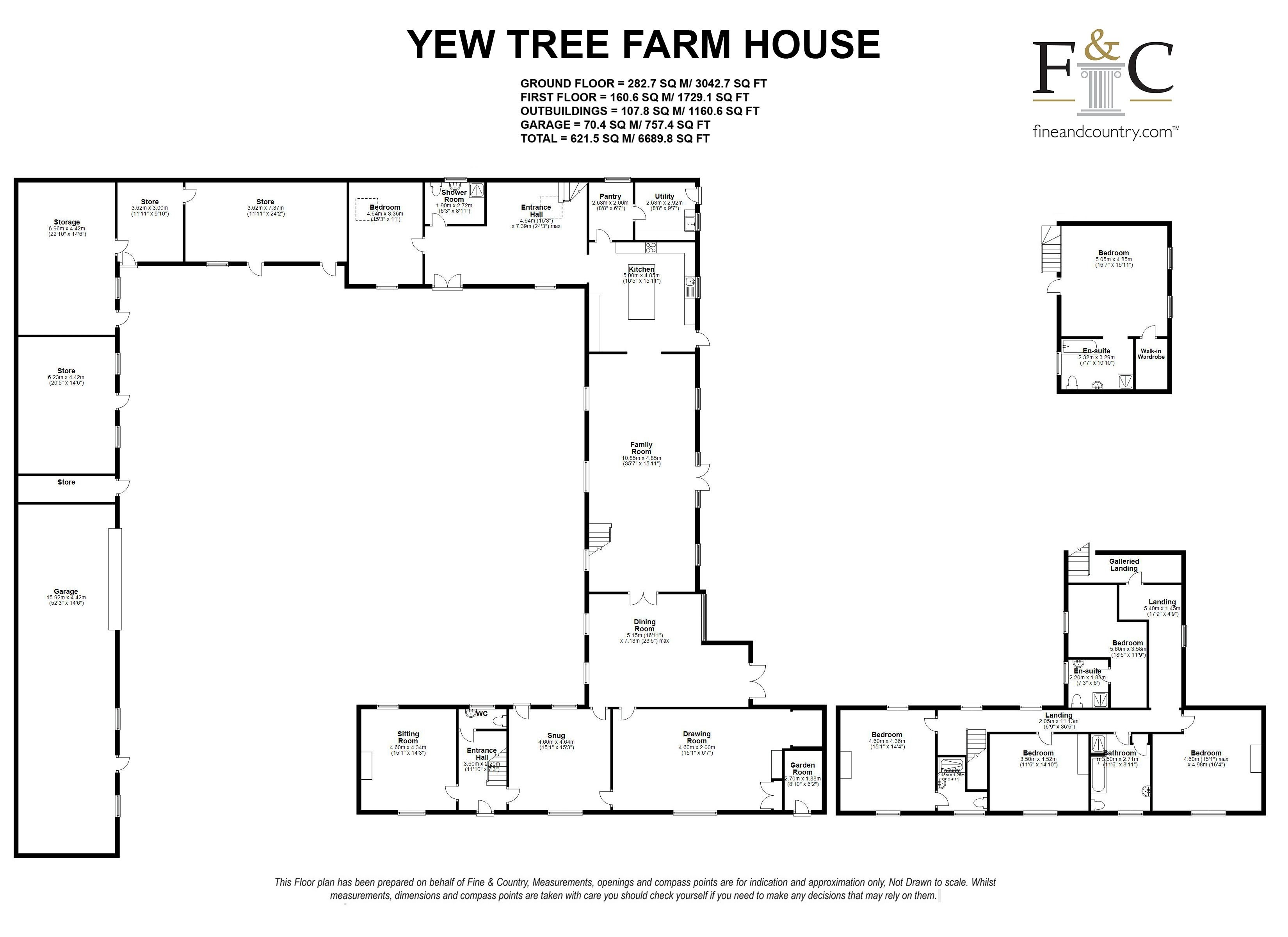 Real nice guy to deal With. Made out move a priority and ensured things got completed and chased. I would 100% recommend Read full review

I would highly recommend Fine & Country. The whole team is fantastic. We have worked primarily with Alex, and she has been excellent in communicating with all parties, and push... Read full review

As the buyer we received excellent service throughout the process. We were kept informed and updated at all times with Halina happy to take calls out of hours and accommodate a sho... Read full review

Our agents, Angela Pitt and Sarah Garland, were really good; professional, engaging and sympathetic to our needs. They were a great team, working well together and giving us solid... Read full review