18 18 14
A rare opportunity to purchase a splendid, historic, Lincolnshire country house of fine proportions set over three floors boasting over 60 rooms in total and offering 18 bedrooms, 10 en suite, large, elegant reception rooms, a wing with several office spaces, and 8 acres (sts) of mature, well-maintained grounds featuring an idyllic waterside position with its own private lake, oriental gardens, walkways and woodland. Grade II Listed, red-brick Raithby Hall was the seat of the Brackenbury and Rawnsley families, built around 1760 for Robert Carr Brackenbury, and extended in 1848 and 1873, by George Gilbert Scott. It is also of great importance due to the Grade I Listed Wesleyan chapel in the grounds.

"We bought Raithby Hall for lots of reasons. We'd been living in Shanghai and decided to try out a completely different lifestyle and move into the English countryside; Raithby Hall is such a magnificent place with so much history it really won me over. Tennyson used to write quite a lot of his poems here, notably The Eagle, and then of course there is the connection with John Wesley with the Grade I Methodist chapel in the grounds. The clincher, however, was an emotional pull envisaging my daughter climbing trees in the Chinese Garden and thought what a wonderful childhood she could have here!"

"Since coming here we've remodelled the whole office space and that side of the house – about 20 or 30 rooms – and completely redecorated throughout choosing themes for each room and having fun creating mood boards for inspiration. We also concentrated heavily on the outside putting in the log cabin to spend time by the lake, erecting the garage, pergolas and the stage at the front, and making pathways all around the grounds."

"Christmas is my favourite time of year here; we lit seven of the fifteen fires around the house the first time we had friends and family over – it's a wonderful place for fun and feasting. My favourite rooms are probably the club room and the walk-in shower with the Chinese and Australian inspired heaters! But it is really the grounds that I think I appreciate the most."

"Apart from the historical interest in the property, especially with John Wesley and the chapel, what makes this place particularly special is the wide range of everything here: the woodland, the lake, the Chinese garden, the sitting areas with the stage, the waterfall, in fact, all the grounds. Then inside the house you have the office section with all the Alexa-powered, hi-tech equipment combined with the beautiful elegance of the architecture and the rich heritage, so it's a real mix of the old and the new."

"I think what I have loved the most about living here is the family time, especially in lockdown as normally I am flying all over the place on business. It's been wonderful for us to have a little bit of English countryside to call home – to be able to look out over the green of the grass and the trees, such a contrast to the lack of nature where we lived in China! It's also a homely place to live, even though it looks so big from the outside, it seems quite segmented inside and lots of areas or rooms can be easily closed off."

"There are many options for a new owner. Previously, it had been run as a venue for weddings which would be something that could be resurrected, or simply as a hotel."

"It's a great location here; you can pop to Skegness for the sea, or Horncastle for quick access to amenities, or visit Lincoln which is about a 45-minute drive away. The children have been at a fantastic private school about 20 minutes' away, although there are excellent state ones even closer. There's a luxury Spa near Brigg about an hour's drive north, and we often drive down to London to see family and friends which is within reasonable reach *error*."

"I will miss everything we have here – the space and the place! We wanted to make Raithby Hall truly spectacular which I think we have managed to accomplish. Everything has been redecorated, remodelled, resorted and redone - even the boiler room and all the cupboards - to make it all look and work perfectly. To own somewhere like this was on my 'list of desires' for several years and I've worked hard to achieve that, and could have stayed here for another 25 years, but I'm still young and ambitious enough to want to move on to another project!"

Raithby played an important role in the spread of Methodism in Lincolnshire. After visiting Raithby Hall in 1788, John Wesley, the Methodist founder, declared it 'a palace in the midst of paradise'. Grade I listed Raithby Chapel was built in 1779 over a stable block in the grounds and is one of the oldest Methodist chapels in England, and one of the few surviving chapels opened by Wesley himself. It was built for Robert Carr Brackenbury and was dedicated by Wesley on 5 July 1779, who said that 'Preaching here in this chapel is something very special'. Another famous visitor, Lord Alfred Tennyson, was born 11 miles from Raithby, and is said to have visited Raithby Hall on numerous occasions.

About 30 miles east of Lincoln, Raithby, or 'Raithby by Spilsby', is a small village centred around the Hall with the Church of the Holy Trinity next door, and is surrounded by scenic walking, nature reserves and other places to visit. It lies just 2 miles outside the market town of Spilsby and 12 miles from Horncastle, the 'gateway to the Wolds', a designated Area of Outstanding Natural Beauty where unspoilt rolling hills are punctuated with pretty, little villages. A few miles east, the National Trust's Gunby Hall is a country house with gardens to visit, and the coast and the traditional resort of Skegness with its sandy beaches is a little further (14 miles). A popular village pub, The Red Lion, serves real ales and excellent food and is easy walking distance up the road from Raithby Hall. Nearby Spilsby has a range of supermarkets, pubs, cafes, takeaways, and local amenities.

There are several primary schools in the locality, all rated Good by Ofsted, the nearest being Spilsby Primary School only 2 miles away. For secondary education there are various choices with state schools such as Spilsby Grammar founded in 1550 and now King Edward VI Academy, 2 miles away (5 minutes), rated Good by Ofsted, whilst Queen Elizabeth's Grammar School (a mixed state secondary) is in Horncastle, about 8 miles away (15 minutes), and is rated Outstanding by Ofsted. In the private sector, St. Hugh's School in Woodhall Spa, about 20 minutes from Raithby Hall, is a superb prep school. 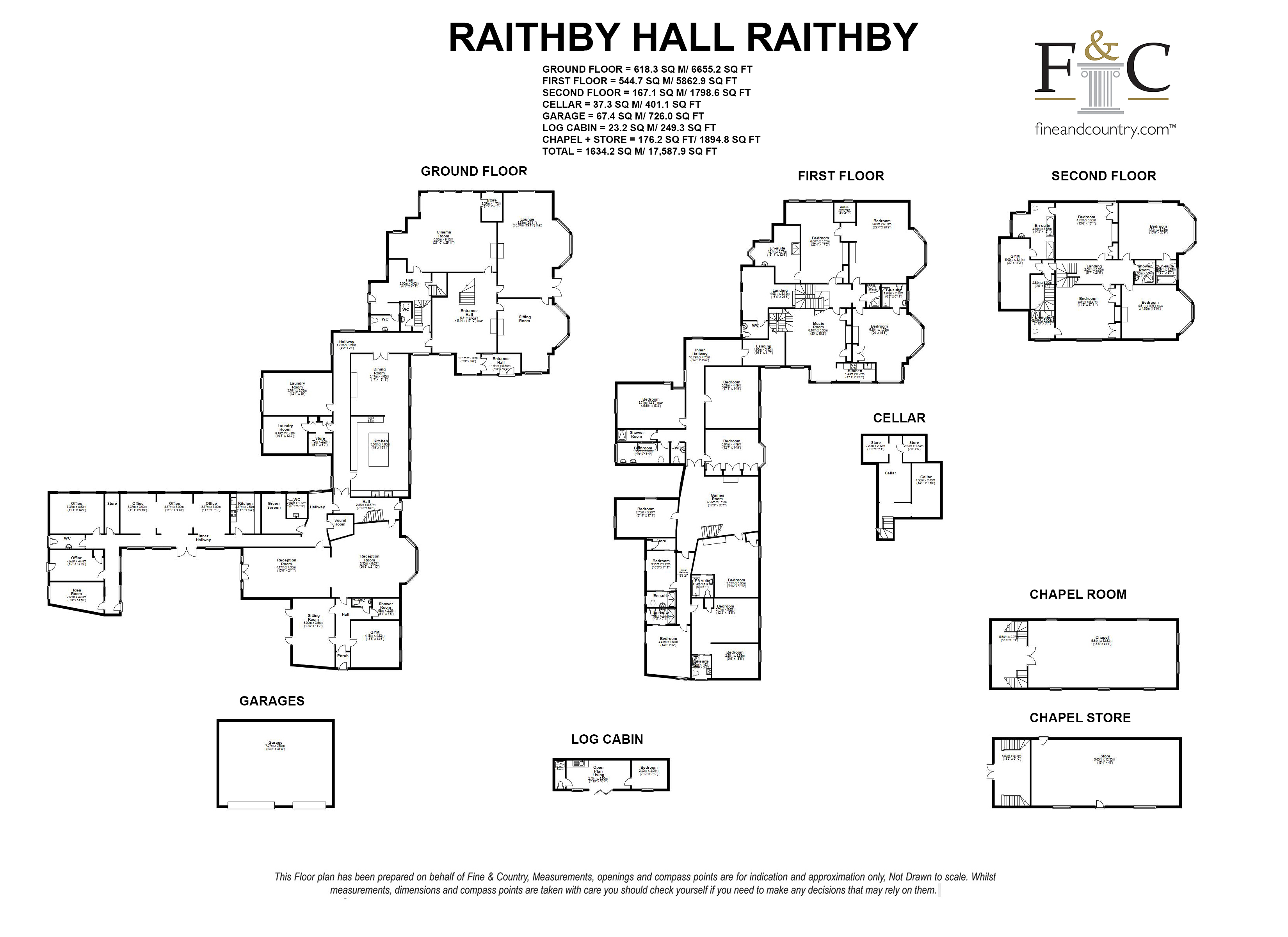 Fine & Country are fantastic, from valuation to sale a full professional service. Halina and her team have been available every step of the way and I can highly recommend t... Read full review

Excellent service - Knowledgeable, supportive, friendly and professional. Little to no delay in response to enquiries and when one agent was away the other was able to step in and... Read full review

Bert has been amazing and very supportive from the viewing through to us stepping over the threshold. He launched a group on WhatsApp which enhanced our communication and really... Read full review