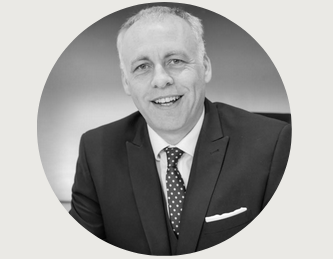 I was born in Rustington and live in Worthing with my wife Nicola and my teenage son.

I’ve been an estate agent since 1991 having had various jobs including working at my dad’s restaurant in Worthing.

The unsociable hours didn’t appeal to me so I got a job as an office junior at an estate agency, I found that I really enjoyed it and the rest is history. It’s ironic that now I run my own business I often work evenings and weekends anyway. Who said being an estate agent was easy?

27 years since entering the industry I still love it. I’m a hard taskmaster but that’s because I’m genuinely passionate about ensuring each and every client we serve is 100 percent satisfied. As estate agents we’re in a privileged position to help people make the right choices when they want to move. I will be working hard to promote the quality Fine & Country brand to the luxury/top-end homes in our area of West Sussex. We have already seen the system working well, having recently received applicant referrals from our Park Lane, Mayfair London office for a property in the £2m price range”.

We are able to offer a superior marketing package that, in my view, puts others to shame and with around 300 offices nationally and globally, we are able to reach the most discerning of buyers. Personally we aim to provide a bespoke service to all those that deal with me. 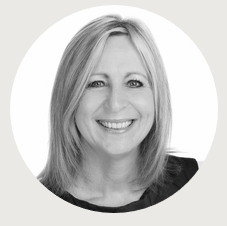 I have a passion for property, I have been in estate agency for over seven years. My previous career was in the world of advertising. I have two daughters; one at university and the other just about to start. I like to stay fit, I enjoy spin and step classes and live gigs.

I thrive on selling properties that other agents haven’t sold.

I was brought in alongside a commercial agency to help sell Pooh Corner in 2013, it had been on the market a while. Pooh Corner is a Grade II listed home with tea rooms and a shop on the ground floor. The owner at the time was ill and time was of the essence. Using PR in local and national press, commercial magazines, social media, big boards and phone calls we attracted three interested parties, took it to best and final offers and sold it quickly. The owner was over the moon.

I also have experience selling properties at auction, this helped me immensely selling properties that were unusual or that were in a hurry. In particular, we had a lovely six bedroom house that wasn’t attracting any interest and the owners had found their dream home and wanted to move, they asked me what they could do to sell it. We agreed a reserve price and put it out to auction and sold to the first person who viewed it, we got well in excess of the reserve price.

I was instructed on a derelict property and outbuildings which were a great opportunity to be developed but not necessarily going to be given planning permission because they were situated in an ‘Area of Outstanding Natural Beauty’, which can be difficult. I discussed the various ways we could market the property and under my advice the vendor opted to price it slightly below market value to attract attention. We put it on the market for £550,000, we had over 40 viewings, 12 offers and sold it for nearly £700,000.

Working at Fine & Country is such a pleasure, our marketing is unbeatable, it’s so easy to see how we are the fastest growing premium estate agency in the UK.

If you are looking for quality and attention to detail, then that is what you get with Fine and Country Droitwich. Fine and Country take time to produce the most beautiful brochure... Read full review

Very efficient and wonderful support throughout the whole process. The sale went through smoothly and nothing was too much trouble. Read full review

Nick and Vanessa were professional and friendly throughout the entire process when they helped to sell our property, after also finding our new dream home for us. I wouldn\'t... Read full review